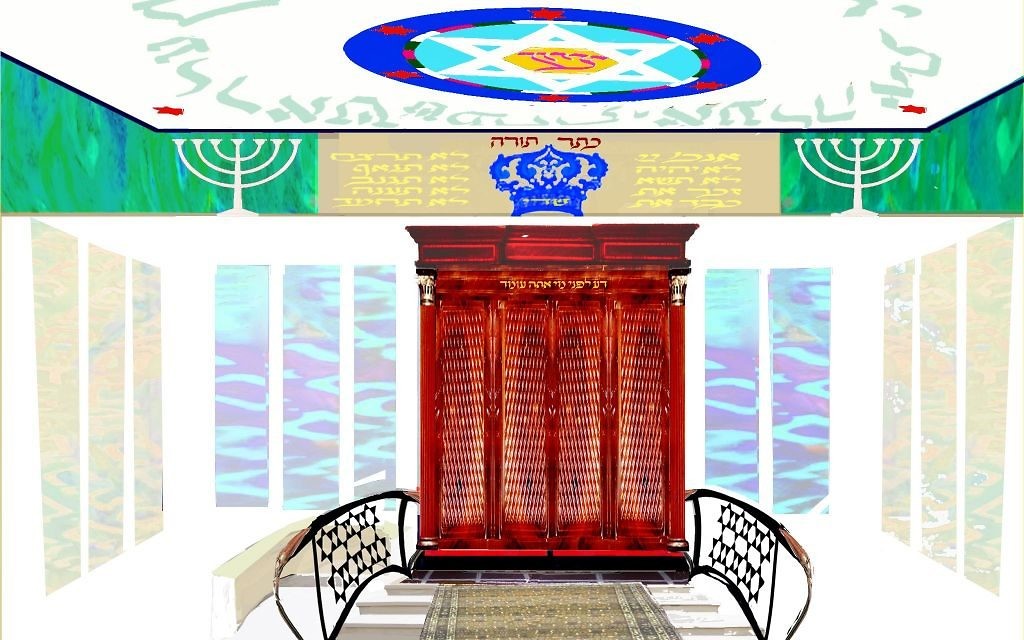 The Book of Genesis’ account of Jacob’s dream is one of the defining elements of artist Ya’akov Boussidan’s conceptual design for a synagogue in the village of Tzur Haddassah, some 7.5 miles west of Jerusalem. For the artist, the simple stones that Jacob gathered at nightfall represent the fusion of the varied elements of the Jewish people. Boussidan’s synagogue design, intended for a congregation of Ashkenazic and Sephardic worshippers from varied walks of life, includes a bima (podium) that is an original composition of twelve stones, symbolizing the twelve tribes of Israel.


Ya’akov Boussidan shared his artistic vision of the synagogue for the Kitron Congregation at a gathering hosted at his home and living room gallery on December 3, with the participation of scholars, artists and community members. The evening, inaugurated with the lighting of candles in a ceramic menorah of the artist’s creation, offered the spirit of an intimate intellectual salon accompanied by talks by noted scholars and musical interludes. Professor and architect David Cassuto shared new investigations into historic synagogues and art scholar Shulamit Lederman presented insights into ancient synagogue art and their links to Chanukah.

Boussidan presented his vision of the exterior and interior of the synagogue, inspired by the flora and fauna of the Judean Hills. Judaic scholar Shalom Sabar remarked upon Boussidan’s revitalization of colors and details of time-honored icons through modern expressions. The sanctuary includes a plan for a ceiling painting with original calligraphy in a circular form which recalls a mural the artist created for Congregation AhavathTorah of Englewood, New Jersey, based on Boussidan’s artistic study of 391 names ascribed to Jerusalem.

The foundation for the Kitron Synagogue has been laid, and now the congregation and the artist are striving to bring to life their dream of a 21st century house of prayer.

Eva L. Weiss is a writer and editor who lives in Jerusalem.