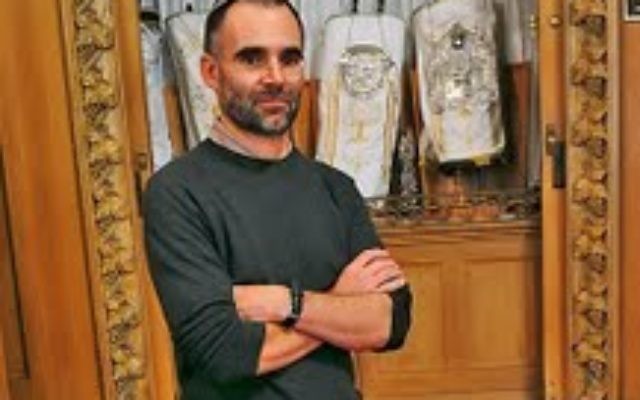 When our Brooklyn synagogue recently hosted two former State Department veterans, Elliot Abrams and Robert Malley, a few congregants and even a local merchant objected to our having invited Mr. Abrams, a known “war criminal.”

Similarly, when our synagogue hosted Columbia professor Rashid Khalidi, a Palestinian academic, others claimed our pulpit now had “Jewish blood on its hands.”  Another congregant asked, “How can you invite Malley?  He and the president hate Jews.”

In all three cases, as reasonable people know, and as I calmly and dispassionately demonstrated, Mr. Abrams is not a war criminal; Dr. Khalidi has never killed anyone; and Mr. Malley spoke with candor about Israel’s vulnerability that convinced detractors of his objectivity. Nevertheless, this set of reactions speaks to the treacherous and often enflamed environment regarding Israel programming in the public sphere (in a synagogue, no less) — passions that justifiably run high but often miss the mark in their attempt to reach understanding and peace.

For the past several years, as America has wound down its military operations in Iraq and Afghanistan; as Israel has continued to remain a nation at war with its Palestinian neighbors; and the region surrounding Israel continues to represent a cold peace at best; and with Iran representing an existential, nuclear threat, our synagogue community has convened ongoing discussions with academics, journalists and activists across the spectrum in order to educate ourselves and the broader community about what may be done to bring peace to lands loved by hundreds of millions of people.

Before our events, which have featured a range of perspectives on the Mideast conflict, I always say the same thing:

“God chose the Jewish people to share the message of Torah with the world — a Book that says it’s our sacred duty to work on behalf of justice and peace. Let’s agree that in this day and age, with Israel at the center of so many people’s minds, God calls upon us to show that with reasonableness and civility, we can be a light unto the nations for how we argue as well.”

Maimonides is particularly helpful; he makes very clear in the Mishneh Torah that moderation of temperament is critical for living a moral life. Regardless of where one falls on the political spectrum regarding Israel, one is bound to hear things one doesn’t want to hear.  From Arutz Sheva, settler media, I learn about outrageous statements from Palestinian leaders; from Ir Amim in East Jerusalem, I learn about unjust government support for Jews in Arab villages.

How will we know what to think if we don’t hear it all?  Surely Israel’s vibrant democracy can handle divergent expressions and opinions.

Here in the States we’re still too caught up in the pro-Israel / anti-Israel dichotomy. Rather than rush to judgment, however, I think it’s best to listen to all sides as an expression of the Jewish people’s unique view that “each of us stood at Sinai.” Each of us has a perspective on the truth that bears hearing.

The test is found in how we react. Do we listen and argue back?  Or do we demonize and vilify?  Slander, tale-bearing, revenge, bearing grudges — all of these are considered by the sages to be sinful behavior. All are often quite present in public forums when Jews talk about Israel.

On a recent weeknight, our synagogue hosted a public forum about the absurd and immoral proposal before the Park Slope Food Coop (to which I and several synagogue members belong) to boycott products made in Israel. The BDS movement’s real goal–the delegitimization of Israel as a Jewish, democratic state—is well known.

Being a somewhat “liberal” neighborhood, our community felt it was essential that our strong support for Israel (where I spend my summers and lead annual synagogue trips each year) be demonstrated by hosting three organizations working assiduously to strengthen Israeli democracy, even while criticizing government policy with regard to settlements. Our forum included leaders from the New Israel Fund, J Street U, and Peace Now–three organizations that are often erroneously vilified for being “anti-Israel.”

During our 90-minute program I heard only impassioned, loving, strongly argued “pro-Israel” statements coming from three organizations that fervently believe that the best hope for maintaining a “Jewish, democratic, secular state” necessitates the separation from most of the territories captured in 1967— a view articulated by Yitzhak Rabin, Ehud Barak, Shimon Peres, Ehud Olmert, and Ariel Sharon.  Current Prime Minister Benjamin Netanyahu has endorsed the idea of a Palestinian state and we eagerly await his proposed borders as well.

You don’t get more pro-Israel than that.

There is no doubt that Jewish politics has its own set of challenges. After all, it took Moses more than 40 years to get the Children of Israel from Egypt to Israel — a journey today that would take less than two weeks.

Israel’s Knesset is no less complex an endeavor. And the American Jewish communal landscape should be proudly diverse as well.

This year, our synagogue, which celebrates its 150th year (at its founding in 1861, women couldn’t vote and blacks were not free) will march again in the Celebrate Israel Parade. I plan to march with a sign that bears a simple message:

“Because I support Israel, I support AIPAC and Peace Now and J Street and NIF.”  And when I get yelled at, I’ll smile; and quietly, calmly, argue back.