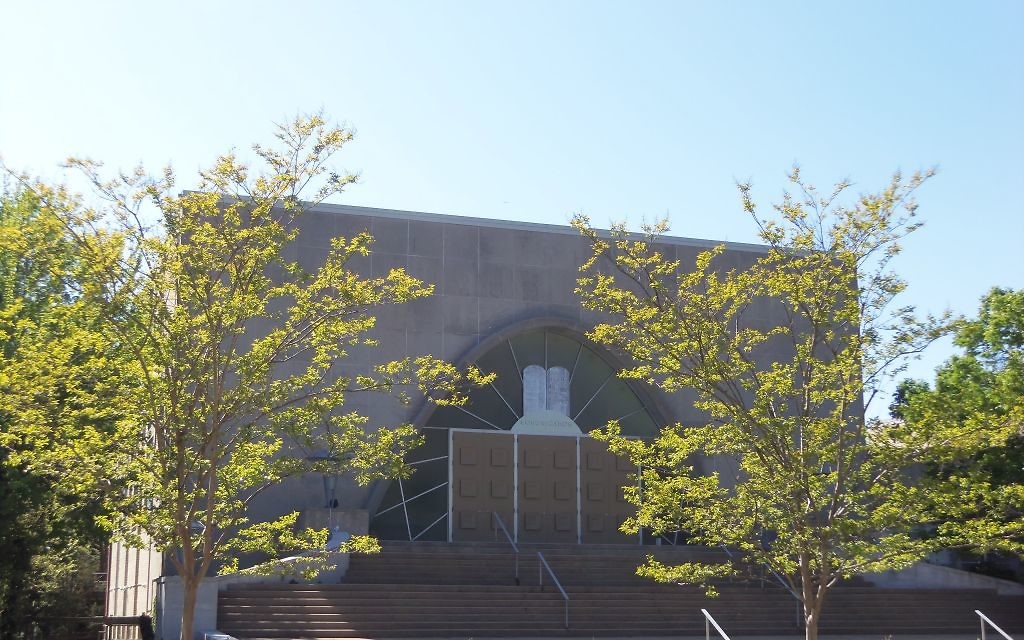 Some Jewish women in Washington, D.C., who felt violated by the revelations a year ago that a prominent Orthodox rabbi had secretly videotaping undressed women in his synagogue’s mikveh, have taken a step to symbolically take possession of their own congregation’s mikveh, according to the Washington Jewish Week.

About five dozen members of Ohev Shalom – The National Synagogue, last week dedicated a Van Gogh-like mural that features images of water, moons, dancing women and the words of Isaiah [12:3] that “Joyfully shall you draw water from the fountains of redemption.”

The artwork, spearheaded by local artrist Rena Fruchter, was designed “to put the pieces back together” after Rabbi Barry Freundel, longtime spiritual leader of Kesher Israel, pleaded guilty to voyeurism and was sentenced in May to six years in prison.

The mural inside the Ohev Shalom, which features glass objects that were broken and reassembled by the participating women, was a collaboration between Fruchter and Arturo Ho, another local artist.

Elanit Jakabovics, president of Kesher Israel, said she endorsed the mural. “I strongly support anything that helps the healing,” she told the D.C. newspaper. “You know the pain is never going to go away.”