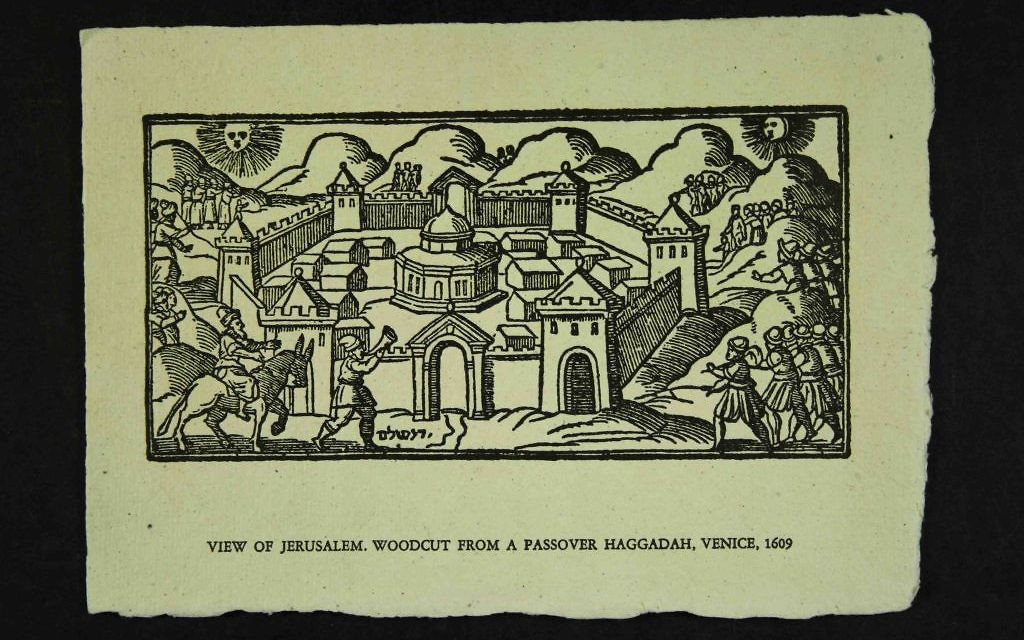 The ceremony took place Sunday at the Venice Jewish Museum, where the prints will be exhibited until July 31 as part of initiatives kicked off at the end of March to commemorate the 500th anniversary of the imposition of the Venice Ghetto.

The project, organized in cooperation with the International School of Design of Venice, was inspired by the Venice Haggadah, published in Venice in 1609 when the city was a major center of Hebrew printing.

Considered one of the most beautiful of early printed Haggadot, the Venice Haggadah included an elaborate new series of illustrations and appeared with translations into Judeo-Italian, Judeo-Spanish and Judeo-German languages spoken by Jewish communities then living in Venice.

As part of programs to foster Venice as a center of Jewish art, culture and learning, Beit Venezia brought the eight artists to the city for a three-week residency last October. The artists, from countries including England, Israel and Slovakia, first held study sessions on the Haggadah, then each artist was assigned a portion to illustrate with three etchings.

“The idea was for them to live, learn and create in Jewish Venice,” said Beit Venezia director Shaul Bassi, who is also the coordinator of the committee for the 500th anniversary commemorations.