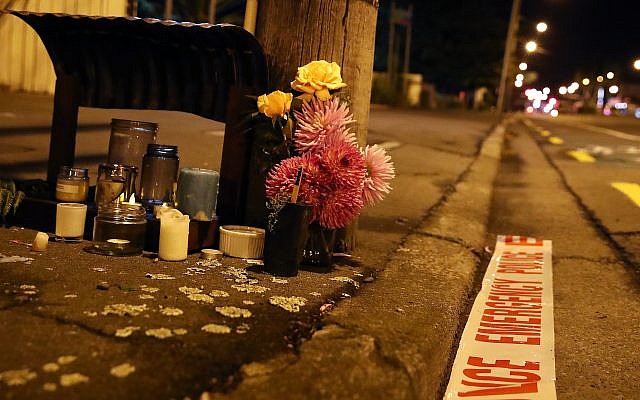 (JTA) — Jewish communities throughout the United States attended vigils and services at mosques in their communities to express support and concern in the wake of the murder by a white supremacist of at least 50 Muslim worshipers at two New Zealand mosques.

The Bend the Arc Jewish Action organization created an interactive map to allow users to locate a vigil or solidarity rally near them.

The Levine Center to End Hate and the Jewish Federation of Greater Rochester organized members of the Jewish community to stand outside of the Islamic Center of Rochester on Sunday to show support and solidarity, including with messages on handmade signs.

Two Cleveland-area rabbis were scheduled to speak Sunday at an interfaith vigil for peace and understanding organized by the suburban Chagrin Valley Islamic Center.

The Islamic Center of Boulder, Colorado invited the Jewish community to attend a multi-faith vigil on Sunday “to honor the victims, to pray for them and to call for peace.”

The New York Jewish community joined hundreds of fellow New Yorkers who gathered at Washington Square Park for an interfaith prayer session and vigil. The event was moved to an earlier time to allow Sabbath-observant Jews to attend.

Muslims, Jews, and more are gathered at an interfaith vigil in New York.

We're reciting the Mourner's Kaddish, the traditional Jewish lament for the dead, in memory of the 49 beautiful souls murdered in the #NZMosqueShooting. We resist through prayer and solidarity. pic.twitter.com/IgUUnpvRxZ

Lawmaker Stephen Doughty has been working for months to put a stop to the pirate radio station that broadcasts on social media. The station, which broadcasts daily readings from Hitler’s Mein Kampf, is transmitted from a secret location in Britain. The station has praised the manifesto of Brenton Tarrant, the man arrested for being the gunman in the New Zealand mosque shootings.