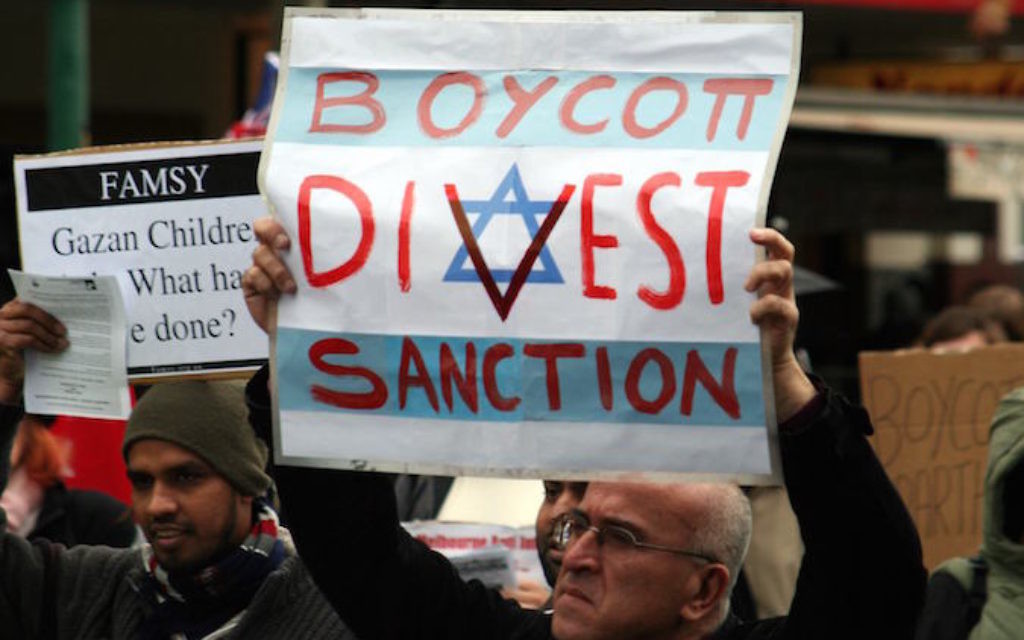 The motion to place the boycott resolution on the organization’s spring ballot was approved Friday night at its annual meeting in Denver by a vote of 1,040 to 136. More than 10,000 members will be voting on a resolution that calls on the association to refrain from formal collaborations with Israeli academic institutions but does not ban relationships with individual scholars.

The members also rejected a resolution to oppose the anti-Israel Boycott, Divestment and Sanctions movement by a vote of 1,173 to 196.

“We provided as much relevant information to our members as we could and used the same approach we apply to everything else, namely utilizing an anthropological framework to understand what the range of positions is and why people hold them,” said the association’s outgoing president, Monica Heller, in a statement. “We’re encouraged by the turnout and expect our members to continue an informed and respectful conversation regarding the issue.”

In December 2014, the association rejected a similar motion on boycotting Israeli academic institutions.

Friday’s vote came after the Task Force on AAA Engagement with Israel/Palestine issued a report listing recommendations as to how the organization might best engage with the issue. The report included measures that could be adopted and strongly urged that the “no action” option be taken off the table.

The report was compiled after 1,100 anthropologists signed a petition to boycott Israel in August 2014. In describing their reasons for signing, the Anthropologists for the Boycott of Israeli Academic Institutions cited “Israel’s ongoing, systematic, and widespread violations of Palestinian academic freedom and human rights.”

The Anti-Defamation League criticized the decision to go forward with a full vote of the membership on what it called an “extreme and discriminatory approach” to the Israeli-Palestinian conflict.

“We are alarmed that the advocates of this resolution used incendiary and biased allegations in its public statements, using terms such as ‘settler colonial regime’ and ‘Jewish supremacy,'” ADL CEO Jonathan Greenblatt said in a statement. “Should the membership of the association wish to express its views on the Israeli-Palestinian conflict, there are constructive ways to do so which do not place the onus of a two-party dispute on Israel alone and hold all of Israeli academia responsible for the resolution of this complex dispute.”