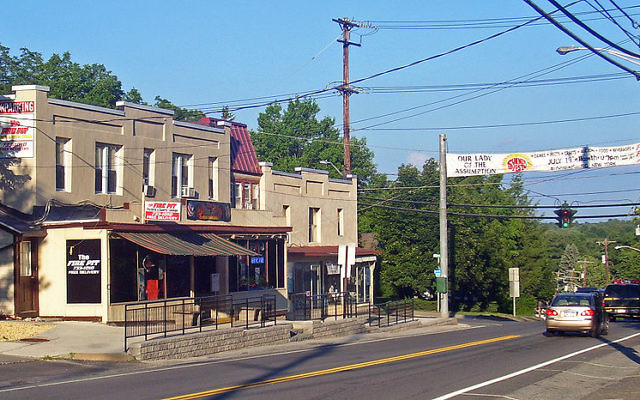 A mikvah under construction in a new haredi Orthodox neighborhood in upstate New York was vandalized with graffiti and swastikas.

The vandalism in Bloomingburg, in the Catskills area, was discovered Sunday night. The new Satmar neighborhood was built to solve a haredi Orthodox housing shortage.

The local sheriff’s office has opened an investigation into the incident.

The Anti-Defamation League condemned the vandalism.

“A mikvah is a central piece of Jewish life, and spray-painting swastikas and crude symbols strikes at the heart of traditional Jewish life and practice,” said Evan Bernstein, ADL New York Regional director, said in a statement. “This incident is all the more troubling in the context in which it occurs as there is a growing Jewish community in Bloomingburg. We call on local elected officials and community leaders to denounce this bias incident.”