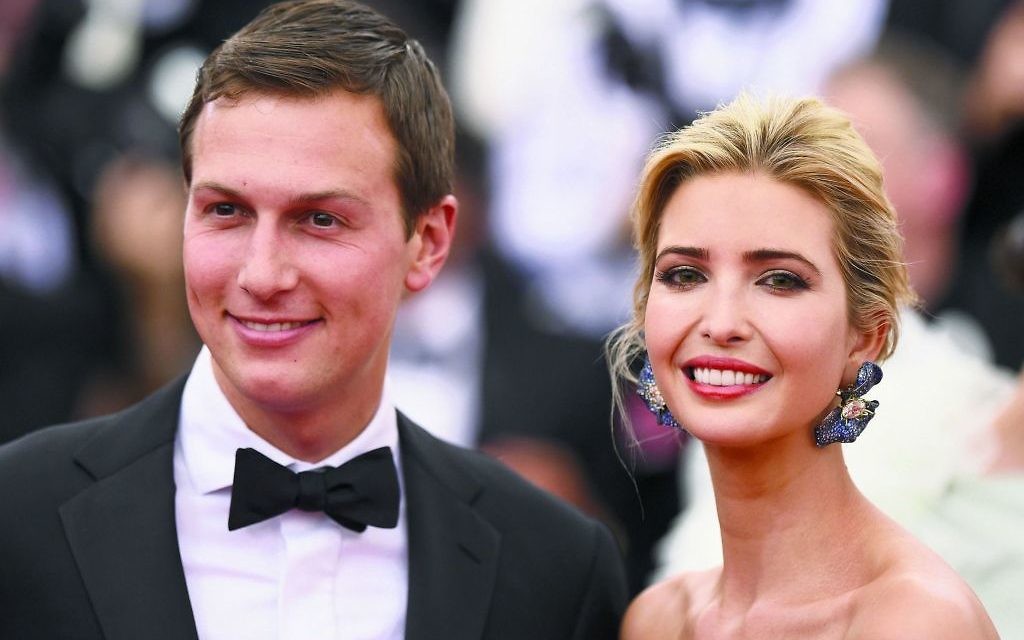 The Chief Rabbinate issued a statement on Friday in response to the criticism surrounding its decision not to recognize the conversion of Nicole, a 31-year-old woman who underwent an Orthodox conversion under prominent New York Rabbi Haskel Lookstein.

In the statement, the Rabbinate said "The position of the rabbinate remains as delineated by the chief rabbis, that conversions by Rabbi Yechiel [Haskel] Lookstein are recognized." The statement added that the decision related only to the specific case of Nicole, and was not a deliberation on Rabbi Lookstein's authority, although no reasoning was provided as to why her conversion was not recognized. Rabbi Lookstein was also responsible for the conversion of Ivanka Trump, daughter of presumptive Republican presidential nominee Donald Trump.

According to a report in the Times of Israel, in a first hearing last week, the Supreme Rabbinical Court appeared to reinforce the opinion of the Petach Tikvah lower court, but she was nonetheless summoned to a second hearing on Wednesday, in which a final decision was made to deny her conversion. This was despite support for Rabbi Lookstein by Israeli Ashkenazi Chief Rabbi David Lau, who said in a letter to Knesset Speaker Yuli Edelstein that the Chief Rabbinate recognizes Lookstein’s conversions.

The Times of Israel reported that Nicole and her fiance agreed to a compromise whereby she will undergo an expedited conversion, known as giyur l'chumra, so she will be able to get married.

The ruling was met with widespread criticism.

Rabbi Dr. Seth Farber, head of the ITIM organization, who represented both the convert and Rabbi Lookstein in the process, said of the ruling, "this is a sad day for the converts and this is a sad day for the relations between the State of Israel and the United States Jewry. … Our struggle is not over and we intend to continue the fight until the Chief Rabbinate will recognize the United States rabbis and take a more welcoming approach to their converts."

Eric S. Goldstein, CEO of UJA-Federation of New York, said in a statement, "We are deeply saddened by the Supreme Rabbinical Court's decision to refuse recognition of conversions by Rabbi Lookstein, a revered spiritual leader in our community. This egregious decision undermines the authority of all diaspora rabbis, will cause much needless suffering, and further frays the bonds between world Jewry and Israel."

Jonathan A. Greenblatt, CEO of the Anti-Defamation League, called the ruling "a slap in the face to millions of Jews in America and across the globe,” and added that the decision was "damaging Israel's image as a home for all Jews." Carole Nuriel, Director of the ADL's Israel office, referred to Rabbi Lookstein as "one of the most respected and revered Orthodox rabbis for more than five decades," and urged the Israeli government "to take measures to address this growing problem, including through steps that restrict the Rabbinate’s control over lifecycle issues.”

Leading Israeli political figures have also been responding to the ruling. Naftali Bennett, leader of the religious Zionist "Jewish Home" party and Minister of Diaspora Affairs, released a statement terming the decision "a disgrace of g-d's name and a threat to the future of the Jewish People." Bennett also called on the Chief Rabbinate to "publish, without delay, criteria for the recognition of rabbis whose conversions it accepts, so that decisions about the future of the Jewish people are done in a thoughtful, transparent and responsible manner."

MK Elazar Stern, of the centrist Yesh Atid party, told the Jewish Week that the decision was "further evidence of the fact that the rabbinate is disconnected from the people and from the needs of the people. A rabbinate that distances Rabbi Lookstein isn’t distancing Rabbi Lookstein, but rather is distancing itself, making itself less and less relevant to Israeli society."

Stern also criticized Bennett, calling his statement "bull****." Stern added "he's signed on to an agreement that he won't do anything to change the status quo without the charedi parties, so what does it matter? He's the one who didn't permit conversions by local rabbis or by Rabbi Stav, he's the one who blocked that. Bennett doesn't care one jot about these issues, all he does is release statements. Bennett is an active part of why the rabbinate is behaving this way." When contacted by the Jewish Week, Bennett's office opted not to comment on Stern's allegations.

Lookstein is the former rabbi of Kehilath Jeshurun, a modern Orthodox synagogue on the Upper East Side of Manhattan. Among the members of the community are Ivanka Trump and her husband, Jared Kushner.

Lookstein had been listed as one of the speakers at next weekend's Republican National Convention in Cleveland, Ohio. He told The Jewish Week that he had called Jared Kushner, Donald Trump's son-in-law, to decline the invitation to give the opening convocation at the convention. He said he had believed the invocation would be rabbinic in nature, but after the announcement of his appearance failed to mention that he would be offering a prayer, "the whole matter turned from rabbinic to political,” leading him to turn down the invitation.