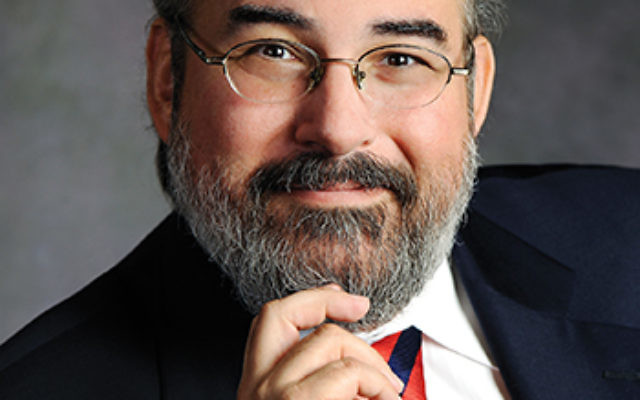 Will there be a synagogue in America this Rosh HaShanah not abuzz with conversation about the upcoming vote on the Iran nuclear deal? And from how many pulpits will those attending such synagogues not hear at least one sermon about the very same topic? Based on reports from literally hundreds of rabbis across the nation, the answer is very few.

Yet with all that energy and attention, how many people will actually be better prepared to face the year ahead, especially if the vote doesn’t go the way they hope it does, whatever way that happens to be? How many people will experience Rosh HaShanah as an opportunity to grow together toward the kind of shared strength in community and desire for peace and security in Israel and Middle East, to which, polling tells us, both pro-deal and anti-deal Jews are genuinely committed? Believe it or not, as we stand beneath the waterfall of words, both ancient and contemporary, which fill the days ahead, we can access three such words that will help us do precisely that.

With three little words, we can begin to unlock Rosh HaShanah, and unlock hearts and minds that have become so deeply entrenched during the past year — entrenched in a battle that however well-intentioned from either side, has done genuine damage to the Jewish people. The damage, to be clear, lies not in the deep differences that the controversy over the Iran deal has surfaced. They were there before the deal, and will remain after.

In fact, we are a big people, and have celebrated difference and diversity as fundamental to our long-term success. If this fight has simply peeled away a film of uniformity upon which our unity and community were supposedly built, that is actually a gift.

No, the damage done was that in our passions, too many on both sides of this debate, have lost sight that even the most existential of challenges is but a moment in a people’s whose history goes back 3,500 years. Yet Rosh HaShanah, which celebrates the birth not only of the Jewish people, but of all of humanity, offers us a critical reset button, one that prepares us for whatever is coming next.

Indeed, with three little Hebrew words that lie at the center of the High Holiday liturgy, we can unlock our best selves, and Rosh HaShanah itself, as we create the lives, the communities and the world we yearn for in the year ahead. The three words? Malkhuyot, Zikhronot and Shofarot. Words of greatness and sovereignty, companionship and memory, and the joyful blasts of the shofar.

Those three words define not only the major sections of the Rosh HaShanah service, they also remind us of a deeper truth than the guilt and negative feeling that many of us often associate with the High Holidays, and certainly the bitterness and accusations associated with the dueling campaigns around the Iran deal.

The words Malkhuyot, Zikhronot and Shofarot remind us that whoever we are and wherever we stand on any issue, each of us is more powerful, less alone and have much more to celebrate than we often recognize. By celebrating those claims, we can get to where we want to be — or at least a whole lot closer, on Rosh HaShanah and throughout the rest of the year. The real question is whether or not we believe in ourselves as much as Rosh HaShanah believes in us?

Start with Malkhuyot. The words certainly describe God as sovereign, but with our recitation of them, Rosh HaShanah reminds us that it is we who place the crown. Each of us has more power to make a positive difference, and greater capacity and ability than we probably know. If we trusted that more, we could also trust that whatever life throws at us, or whatever policy of the moment comes down, the future is ours to create, especially if we create it with as wide a community as the one imagined by the authors of the Malkhuyot.

Next, focus on Zikhronot — the power of knowing that you are never forgotten, and that we must never forget about each other, no matter how much we happen to disagree. We all feel lonely, left out, or left behind at times, both as individuals and as communities, but Rosh HaShanah teaches us that we are never alone. Each of us is touched by, and touches, more lives than we typically give ourselves credit for. Not sure about that? Take a moment and consider those who made a difference in your life this year, not to mention those you would like to make a difference for in the year to come.

Finally, Shofarot. The joyful noise whose arrival we celebrate even in the most challenging moments. We have done that for centuries and can afford to do no less this year. Open yourself — not only your eyes, but your heart and your mind, and you are sure to see that even in the toughest of times, there are things worthy of celebration.

Malkhuyot, Zikhronot, and Shofarot: Three little words that you can use to create big things for yourself and for others in the year ahead. Three little words that we can use as a people to stand together in strength and mutual respect as we confront both the challenges and maximize the opportunities that the coming year will surely bring.

Rabbi Brad Hirschfield is president of Clal – The National Jewish Center for Learning and Leadership and author of “You Don’t Have To Be Wrong For Me To Be Right: Finding Faith Without Fanaticism.”