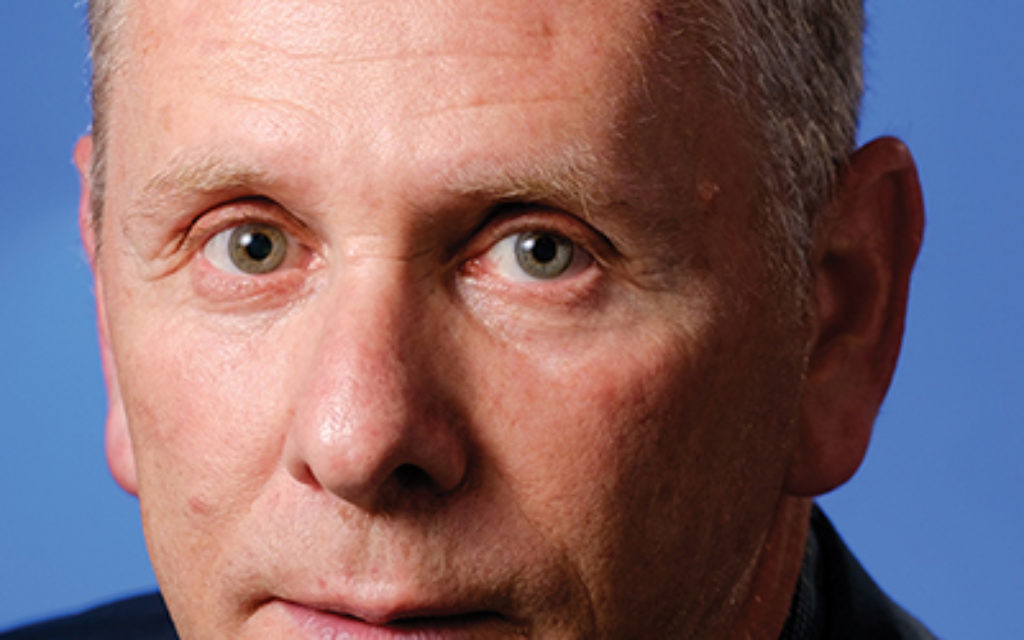 Beersheva, Israel — Nearly four years ago an Ethiopian Israeli couple brought their two children to the office of Dr. Ohad Birk, director of the Genetics Institute of Soroka Medical Center in this southern Israeli city.

The children, Birk recalled, had a severe, yet-to-be-named muscle disease causing an array of problems, including low muscle tone, developmental delays and heart defects. “The parents had decided not to have any more children, realizing they had at least a 25 percent chance of having an affected child,” said Birk.

The genetic screening tests — amniocentesis and IVF with PGD (pre-implantation genetic diagnosis) — typically used to determine whether an embryo carries the disease-causing gene mutation were of no use, Birk said, because the disease had never been identified.

Birk said there are relatively few known inherited diseases in the Ethiopian Jewish population because in Ethiopia, the family trees of the prospective bride and groom were traced back seven generations, to make sure there was no consanguinity — marriages between first or even distant cousins. Today, the community is more lenient.

Close relatives who marry have a higher chance of having a child with a genetic disease because both the mother and father may carry the same gene mutations.

Determined to provide this family with some answers, Birk, who also founded and directs the Morris Kahn Laboratory of Human Genetics at the adjoining Ben-Gurion University, directed his team to take DNA samples from both the parents and their children and to try and locate mutated regions in the genome common to both children.

The team, most notably Ph.D. student Michael Volodarsky, discovered the children had identical copies of mutations in three adjoining genes. The next step was to discover which of the three mutations might be causing the disease.

Roughly six months after the lab began researching the cause of the Ethiopian family’s disease, something remarkable happened.

“We were approached by a Bedouin family whose tribe originated in Egypt hundreds of years ago. Two of their kids had already died from what seemed to be a very similar disease. Michael thought it might be the same disease and possibly caused by mutations in the same genes.”

The geneticist said the chances of an Ethiopian Jewish family and a Bedouin family passing on the same genetic mutation seemed “highly unlikely.”

Although the Bedouin children had died, samples of their DNA had been stored in the hopes of one day having their disease identified. Once a disease-causing mutation is discovered, it is possible to create a test to screen an embryo for these mutations. Like the Ethiopian parents, the Bedouin parents had decided not to have more children.

Again, the team searched for and discovered identically mutated regions in the genome possessed by the Bedouin siblings.

At the time, the geneticist noted, there was virtually no information about the gene’s function. “We were in almost unchartered territory.”

When the team examined all four children’s mutated gene, they discovered it had “annexed” six extra amino acids to the protein it encodes. The next step was to determine whether these extra amino acids were responsible for the disease or diseases. When the team bred frogs that lacked the frog equivalent of CCDC174, they suffered from a neurological defect. When the researchers bred frogs that lacked CCDC174 but had the normal human CCDC174, they had almost normal neurological functioning.

However, when they bred frogs that lacked the mutated frog gene but had the mutant human gene, the mutant gene didn’t correct the defect. “That’s how we knew this was very likely the cause,” Birk said.

As it turned out, all four children shared not only an identical mutation, but also a founder mutation: a DNA mutation that originated in a common “founding” ancestor, probably hundreds of years ago.

That the families had the same mutation “took us totally by surprise,” Birk said “because the two communities are considered to be of totally different origins.”

The team hit the history books and discovered that there was once commerce between the region of Egypt and the region of Ethiopia where the two families originated. “They were related hundreds of years ago,” Birk said.

Birk then called the families and informed them that the gene mutation had been discovered in not one but two families of two seemingly totally different ancestries.

“We asked, ‘Would you like to speak to each other?’ They wanted to. The Ethiopian family was in my office and we called the Bedouin family.”

Based on this finding, Soroka’s Fisher-Bartnoff genetic counseling unit was able to offer both families prenatal testing via CVS or IVF with PGD. The Ethiopian family chose IVF with PGD and the Bedouin family CVS. Three months ago the Ethiopian couple gave birth to a healthy baby.

Esther (a pseudonym), the Ethiopian mother, told The Jewish Week that her daughter, now 11, “spent the first two years of her life in the hospital.” Her son, born a year later, suffered the same symptoms. The children underwent a huge battery of tests, but the disease wasn’t in any medical textbook.

The mother said Birk’s clinic was their last hope.

“We wanted to identify our children’s disease in the hopes of providing them the best therapies, and we also wanted to have another child, this one without the disease.”

Birk emphasized that pinpointing the mutation isn’t likely to lead to a cure in the short-term because the damage, which occurs in utero, is irreversible by the time an affected baby is born, and it is unlikely any drug company will focus its efforts on such a rare disease.

During the past decade Birk’s team has discovered the mutations that cause more than 30 rare diseases that had never been described in the medical literature, as well as the mutations for many more prevalent hereditary diseases affecting southern Israeli Bedouins and Sephardi Jews.

Discovering a mutation and developing a genetic screening test for a disease “is a true joy,” he said. “The medical research world talks a lot about bench to bedside — at first the research is theoretical and then, suddenly, there are implications for real life. In many cases this transition takes decades. Here, from the time we begin to work with frog or mouse DNA to creating a screening test is two to three years. That is amazing.”

Esther said she and her husband are “beyond grateful” to Birk and his team. “Finally, we have an answer,” she said.