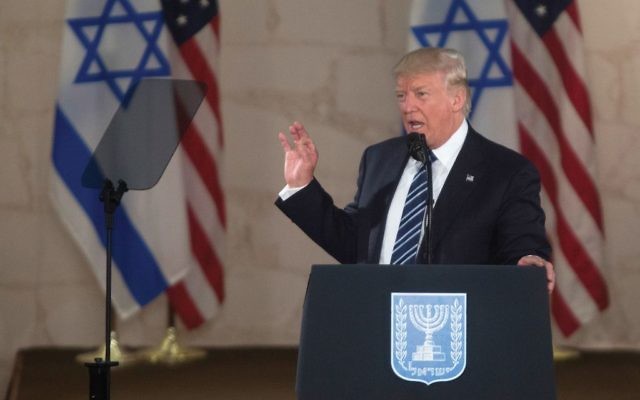 President Donald Trump speaking last week at the Israel Museum during his swing through the Middle East. Getty Images

I received a long letter from a reader this past week who described himself as a highly educated Israeli American and called my most recent column, “How Trump Divides Us, And Lessons From ’67” (May 26), a “fake news article” spreading the “cancer” of “liberal Jews,” whom he called “traitors.”

He was angry with my view that many American Jews were uncomfortable seeing Israelis welcome President Trump so warmly after he had backpedaled on promises made about moving the U.S. embassy, tearing up the Iran agreement and supporting the expansion of settlements, as well as apparently revealing secret Israeli intelligence on ISIS.

The reader asserted that before I write another “toxic fake news article” about Israel, I should “do a little bit more research because I can debunk 90 percent of what you said.”

Do I need to defend myself against charges that I am a “traitor” to the cause of Israel?

Do I need to defend myself against charges that I am a “traitor” to the cause of Israel?

After more than four decades in Jewish journalism, I’ve gotten used to being criticized by readers on the left and the right, from the secular to the Orthodox and everything in between, for my reporting and opinion pieces. I don’t say that with pride, it’s just a matter of fact. I take the comments seriously and correct mistakes when I make them.

But what I find particularly disturbing with responses like the letter I cited, which have become more common in the past year, is the combination of self-righteous nastiness and confusion over what’s news and what’s opinion, what’s real and what’s fake.

Whether my assessment of American Jewish attitudes toward the Trump visit to Israel was accurate or not — I wrote of “many American Jews,” not “all” — the piece clearly was not a news article. It was an opinion, and presented as such, so maybe this is a good time to step back and review some journalistic basics. 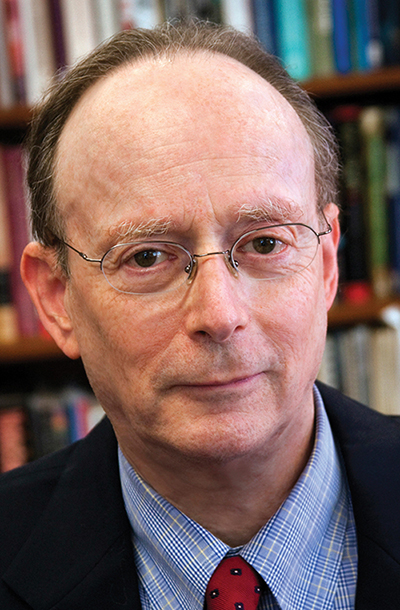 After all, when the President of the United States marginalizes, if not demonizes, journalists as “enemies of the people” and consistently characterizes our work as “fake news,” it’s appropriate to reflect on what real journalism is, and isn’t, and why it matters so much in a free society.

What separates professional journalists from people who set up websites or blogs is a commitment to seven principles, established in 1923 by the American Society of Newspaper Editors. Perhaps more relevant than ever, they are: responsibility; freedom of the press; independence; sincerity; truthfulness and accuracy; impartiality; fair play; and decency.

Those standards are aligned with the foundations of a democratic society. Our Founding Fathers were clear about ensuring freedom for a press whose job, in part, is to be a moral watchdog of government, big business and other sources of power. That’s a tall order, and it should be noted from the outset that while striving for fairness is a goal of the reporter, journalism is as subjective a profession as one could imagine.

It’s about deciding what’s newsworthy and what isn’t, whether the story should appear on Page 1 or Page 22, and whether it should be in-depth or brief, not to mention the minefield of how its words should be chosen. (Examples in writing about the Mideast abound: are they “militants” or “terrorists,” do Jews live in “the West Bank” or “Judea and Samaria,” did the government build a “wall,” “a fence,” or a “security barrier,” etc.)

The Jewish Week, like many newspapers, publishes news stories and opinion pieces, and indicates which is which. This column, titled “Between The Lines,” reflects my opinion; on the opposite page each week we publish one or two unsigned opinion pieces, labeled Editorial, which reflect the views of the paper.

A recent article in Editor and Publisher magazine cited a new weekly column in the Merced (Calif.) Sun-Star called “Backstory,” which seeks to make the business of journalism more transparent. That includes explaining the difference between articles and advertisements, between bloggers who publish reports without verifying the facts and journalists who cite their sources, and in general, helping readers understand how newspapers create the content they publish.

I welcome questions you may have about how The Jewish Week gathers news, which may give me the opportunity to debunk some myths and shed some light on how we try to cover — and serve the needs of — our community. We may not always agree on the results, but hopefully the interaction will help us better understand each other.