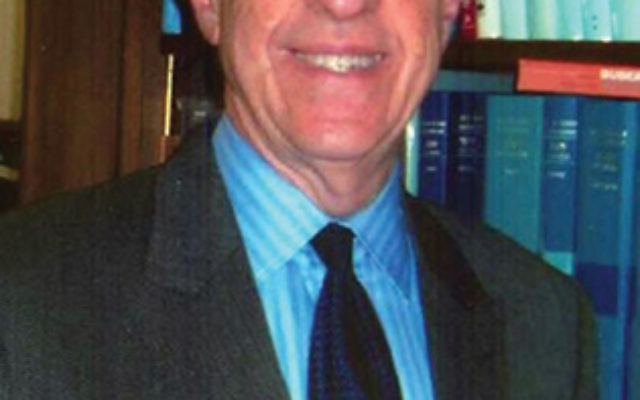 Contemporary Jews are challenged by it and rabbis stand on their head to justify it. I refer to the Akedah, Rosh HaShanah’s second-day Torah reading chronicling Abraham’s sacrificial binding of his son Isaac on Mount Moriah, and God’s last minute intervention to substitute a ram instead [Genesis 22].

Ancient and rabbinic explanations justify the shock and violence of this passage in divergent ways. It was simply another test of faith. God didn’t mean it, having already assured Abraham that the covenant would continue through Isaac. More modern understandings say that it was a critique of the ancient Canaanite practice to sacrifice first-born males. Kierkegaard called it “the suspension of the ethical.” Christianity sees it as a precursor of God sacrificing “the lamb of Christ” for the sins of humanity. In contrast, the Akedah is perfect fuel for Bill Maher’s overall excoriation that “the God of the Old Testament is a psychotic murderer.”

How about a different way of understanding this passage, more helpful to moderns? Long before the moderns, an understanding is actually suggested by Rashi’s 11th-century commentary, and buttressed by an overlooked line in the Talmud. God never actually told Abraham to slaughter his son, points out Rashi, but only to bring him up as if for a sacrifice [Gen. 22:2]. When Abraham “picked up the knife to slay his son” [Gen. 22:10] he goes beyond what God ordered and God’s angel has to stop him [Gen. 22:12]. The Talmud [Taanit 4a] goes even further and says that the thought of Abraham actually killing Isaac never occurred to the Almighty!

Read through these lenses then, the message of the Akedah is double edged. As God made a demand of Abraham that he ascend Mount Moriah, God makes demands of each of us, too, rather than simply stamping a hechsher [certification] on what we already do. In other words, to strive for the Divine means to exceed what comes naturally to us. On the other hand, as Abraham misunderstood the precise nature of that demand, we, too, sometimes get it wrong.

This goes of course to the heart of the Revelation of God’s will in the Torah. After all, when we lift the Torah we sing: “This is the Torah that Moses set before the people Israel, from the mouth of God through the hand of Moses.” Doesn’t that mean we know exactly what God demands because God’s exact words are recorded verbatim in the Torah? Some would say yes. But listen how one of the most well known theologians and religious activists of the 20th century, Rabbi Abraham Heschel explained it:

“‘God spoke’ is not a symbol. A symbol does not raise a world out of nothing. Nor does a symbol call a Bible into being. The speech of God is not less but more than literally real. … The Bible reflects its Divine as well as its human authorship. … [T]he surest way of misunderstanding Revelation is to take it literally, to imagine that God spoke to the prophet on a long distance telephone. … The error of literal-mindedness is in assuring that things and words have only one meaning.”

Rabbi Heschel’s explanation of God’s Revelation fills out Rashi’s insight on the Akedah. The Torah is the record of how the Children of Israel heard the living God at Sinai. As with Abraham, what we hear may not be exactly God’s intention. Our spiritual struggle as we pray on the High Holy Days is not “What do I expect of God?” but to wrestle with “What does God expect of me?” Reading both the lines of the prayers, and between the lines of the prayers, is a big step in that wrestling, closer to sometimes understanding the demands of God, and sometimes getting it wrong.

Mother Teresa, who labored in India for her entire life on behalf of the indigent and powerless, wrote in her diary that she regularly felt no presence of God: “What do I labor for? If there be no God, then can I can no longer pray!”

The Akedah, in effect, says the opposite. When you can no longer pray, in your prayers keep wrestling with what God expects of you, and the realization that sometimes you may get it wrong, or even right. Certainty, doubt, ambiguity, and searching are the spiritual themes of the Akedah.

Gerald L Zelizer is rabbi emeritus of Congregation Neve Shalom, Metuchen, N.J., and a past president of the International Rabbinical Assembly.