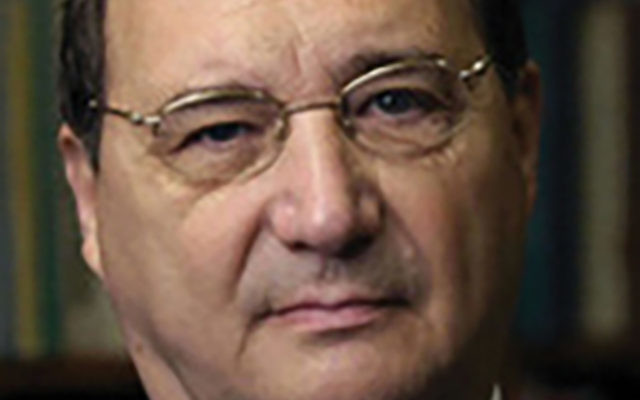 When it comes to the report of the United Nations Human Rights Council on last summer’s war in Gaza, even some Israeli journalists have commented that it is more even-handed than past reports because it looks at Hamas violations of international law as well as Israel’s.

While this is true on the face of things, far from being a fairer report than past ones, it is rather far shrewder and, therefore, in ways a far more devastating one.

By directing its criticism at Hamas as well, by qualifying condemnations of Israel by acknowledging Israel from time to time tried to avoid attacking civilians and the trauma suffered by its population, the report lends credibility to the major chunk of its findings:  that Israel repeatedly violated international law and, in many instances, did so deliberately and with intent.

This has led to comments, such as from the Obama administration, that Israel has the right to self-defense but not to fail to distinguish between legitimate and civilian targets.

The problem with such comments and, indeed, the entire report is that it seems to be making distinctions but never answers one fundamental question:  Is there anything serious in the real world that Israel would do to stop the onslaught of rockets against its civilian population that would be deemed legitimate by the international community?

If one examines the choices that Israel faces when under rocket attack — and make no mistake these Hamas attacks long preceded any Israeli blockage and are directly connected to the Hamas ideology embodied in its charter to destroy the Jewish state — it becomes clear that nothing Israel would do would not be condemned. Invading by ground forces is condemned. Launching air strikes is condemned, since inevitably, because Hamas embeds itself in crowded urban areas. Blockading the area is condemned.

What it amounts to is that Israel is therefore supposed to live with a situation where a party committed to its destruction would be able to choose when and where it can attack and over time, would be able to accumulate far more lethal rockets.

Oh no, that’s not what we mean, defenders of the report would say. Israel does have the right to self-defense, just not the way it did it.

But what does that mean? How is there substance to this statement? In any conflict in the world is there an alternative, perfectly clean approach to these kinds of terrorist threats? Israel is not perfect in the way it conducts its self-defense, but what is at stake here is not Israel’s imperfections, but its right and obligation like all other nations to protect its people.

Nothing shows the bankruptcy of this U.N. approach more than the fact that all the years that Hamas was launching rockets into Israel, nothing on the international scene was said or done to stop them.

The true message that comes out of these reports is that Israel really does not have the right to self-defense; they will have to muddle through until some miraculous development changes the situation.

There is something more basic here beyond the moral obtuseness that leaves Israel in an impossible situation. That is the message it sends to the Palestinians and how the U.N. and other international bodies and institutions claim to be the defenders of the Palestinians but truly are their worst enemies.

These international condemnations of Israel are serious and need to be rebuffed in every way possible. Indeed, I think the government of Israel would do well to answer in order every charge that is leveled at it.

But these reports, like all anti-Israel resolutions, like all the anti-Israel media coverage, only serve to reinforce the notion in the minds of the Palestinians that they do not have to give up their hostility to the Jewish state. It convinces them they can get their own state and still seek the destruction of the Jewish state.

Nothing is more harmful to the well-being of the Palestinians than this concept. It has been at the root of the problem since 1947 when the U.N. partition resolution provided for two states, a Jewish and Palestinian one. At the time there were no refugees or settlements, but they preferred war to getting a state of their own in the hopes of destroying the Jewish state. And so it remains, in essence, to this day.

Every time the world rationalizes Palestinian rejectionism, excuses Hamas, and puts the major blame on Israel, it reinforces the Palestinian fantasy that time is on its side and it just need continue as it has.

This report, therefore, is not only a moral travesty because it leaves Israel no real options, it is also a practical travesty because it drives Palestinians further away from the need for them truly to accept the legitimacy of the Jewish state, the only path toward changing their own lives for the better.

Abraham H. Foxman is national director of the Anti-Defamation League.