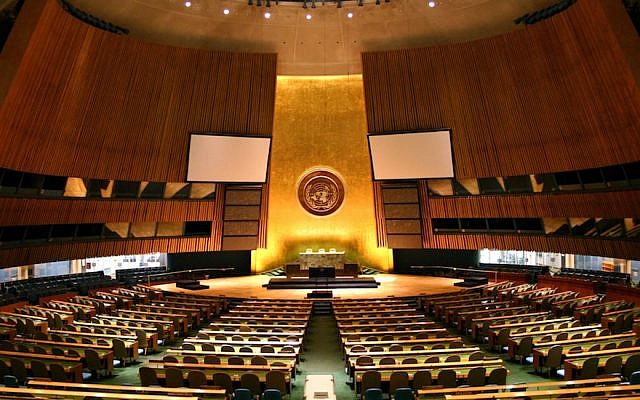 The resolutions were passed on Friday.

The resolution on Jerusalem, which refers to the Temple Mount only by its Arab name of Haram al-Sharif and states that under Israeli administration of Jerusalem there is a lack of religious freedom, passed by a vote of 148 votes in favor, 11 against and 14 abstentions.

Other resolutions dealt with “the Syrian Golan,” “Division for Palestinian Rights of the Secretariat,” and “Peaceful settlement of the question of Palestine,” among others. They passed by equally wide margins.

The General Assembly is scheduled to vote Thursday on a U.S.-sponsored resolution condemning Hamas for “indiscriminate attacks on civilians and primary role in the worsening humanitarian and economic situation in Gaza, and actions to restrict free expression and silence political dissent.”