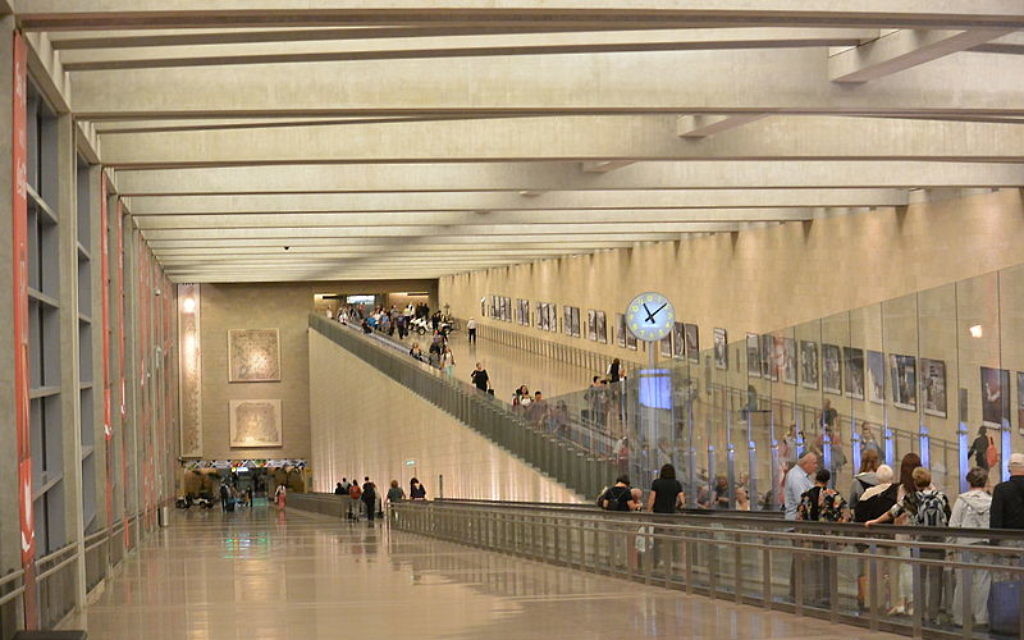 Ben Gurion airport, where Jennifer Gorovitz, was questioned last week. She says there is an "atmosphere of suppression" of human rights groups in Israel. Wikimedia Commons

A 25-year-old man from Netanya has been arrested at Ben Gurion airport on suspicion of attempting to smuggle drugs into Israel after a joint operation between the police and customs authorities.

Details are conflicting, but the man was allegedly found to be in possession of six kilograms worth of ecstasy pills, plus a kilogram of extremely valuable raw drug material. During questioning, he implicated the other two suspects, a 26-year-old resident of Jerusalem and a 22-year-old resident of Beitar Illit, both of whom were already known to police, and who were described by classmates as "not the brightest sparks in the yeshiva."

According to a report by Orthodox website B’Hadrei Haredim, classmates suspected that the two possessed drugs, and even that they grew marijuana in their rooms, although they added there was no indication at the time of the severe charges now being leveled against them. The three are due to be brought in front of a judge on Monday.

The case bears similarities to the arrest of three Orthodox Jews at Tokyo Airport in 2008. The three were caught in possession of drugs with an estimated value of a million dollars. In that case, two of the trio were convicted of negligence and sentenced to five and six-year sentences respectively, whilst a third was acquitted. In 2014, two followers of the Breslov movement were arrested near a border crossing in Spain whilst driving a car containing a large quantity of drugs. In both these cases, the drug mules claimed to have been set up and taken advantage of.

The story also has shades of the 2010 Sundance Festival Grand Jury Prize nominated movie Holy Rollers (itself based on a true story), which stars Jesse Eisenberg as a young Hasid from Brooklyn who is tempted into becoming a drug mule.