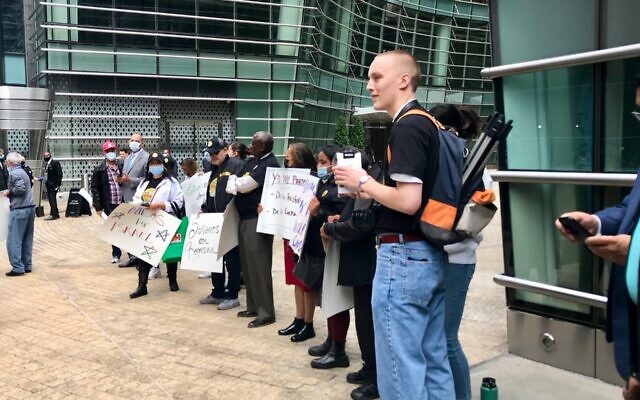 Protestors in front of the Spanish Consulate in New York City rally for those seeking citizenship under a law meant to repatriate Jews with Spanish heritage, Oct. 11, 2021. (Julia Gergely)

Shabbat shalom, New York. Don’t miss the best stories of the week: Download and print out our weekly digest for leisurely weekend reading. Find today’s edition here and sign up to get The Jewish Week/end in your inbox every week.

SIDE EFFECTS: Nearly 1 in 6 adult Jewish New Yorkers experienced financial setbacks during the pandemic, and three quarters of Jewish New Yorkers who said they have a substance abuse problem said it worsened during that period. (Jewish Week via JTA)

¿QUÉ PASA?: Spain promised citizenship to descendants of Jews persecuted and expelled during the Inquisition. At a rally in New York this week, activists and politicians asked why the Spanish government is slow-walking their applications. (Jewish Week via JTA)

SHELF LIFE: A half-day conference Sunday will urge archivists at museums and libraries to use their holdings and programs to foster understanding of and fight antisemitism. (Jewish Week via JTA) 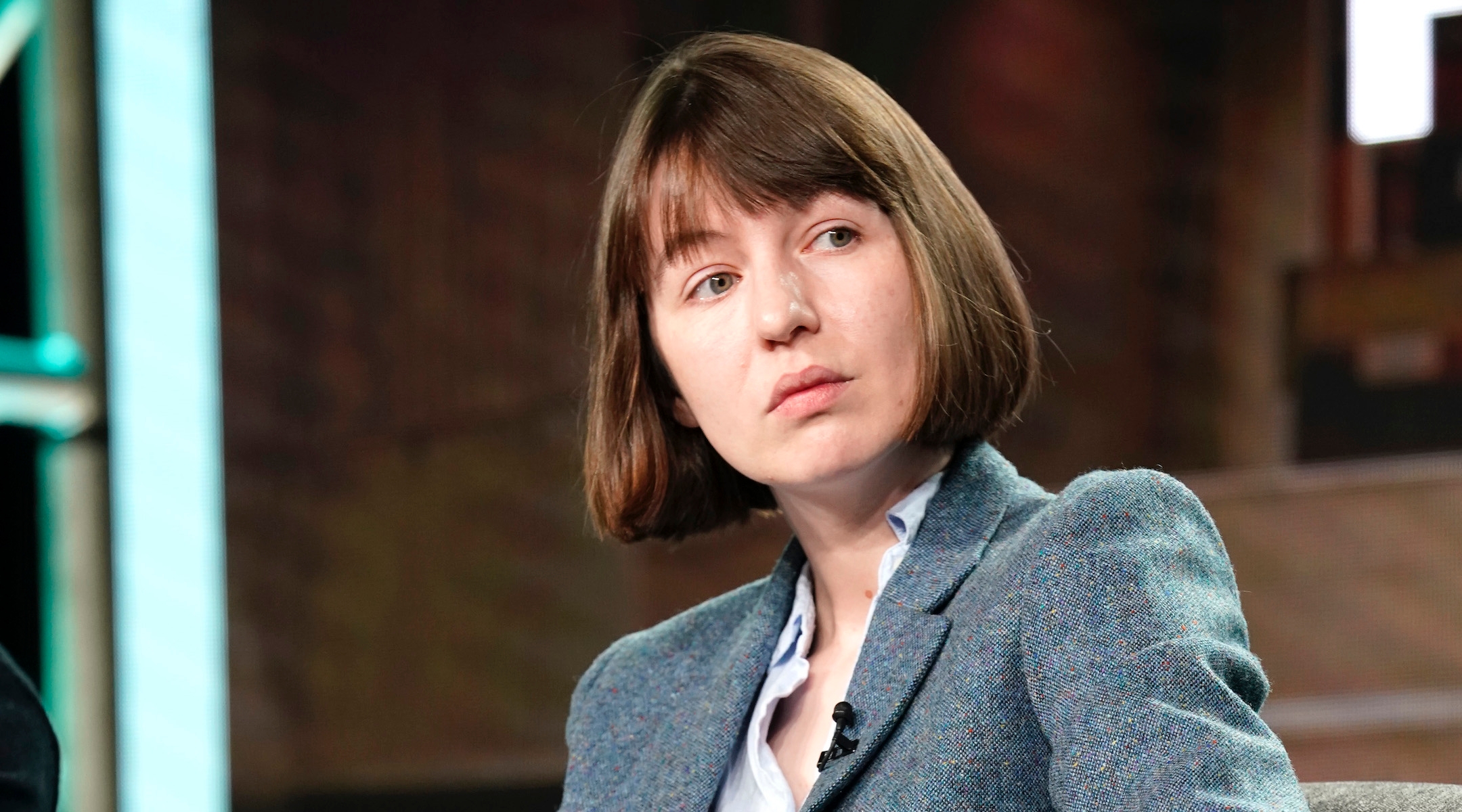 Erika Dreifus was distressed when novelist Sally Rooney (above) said she wouldn’t allow her latest novel to be published in Hebrew by an Israeli publisher. Then she remembered how a 19th-century reader confronted Charles Dickens about antisemitism, showing the possibilities for engaging with authors who let you down. (JTA)

It’s never too late to change, as a 70-year-old Abraham finds out when he sets out this week on the journey of a lifetime. “What emerges, as the journey progresses, is Abraham’s dogged resolve to always move forward despite whatever difficulties he encounters, and realize his covenantal destiny,” writes Rabbi Gerald C. Skolnik of the Forest Hills Jewish Center in Queens.

To celebrate the 100th anniversary of their membership in the Reform movement, Temple Shaaray Tefila presents a conversation with Rabbi Rick Jacobs, president of the Union of Reform Judaism; Dr. Andrew Rehfeld, president of Hebrew Union College-Jewish Institute of Religion; Rabbi Hara Person, chief executive of the Central Conference of American Rabbis, and Cantor Claire Franco, president of the American Conference of Cantors. Moderated by Rabbi Joel Mosbacher, senior rabbi of Temple Shaaray Tefila. Register at www.shaaraytefilanyc.org to attend in person or online. Saturday, 7:30 p.m.