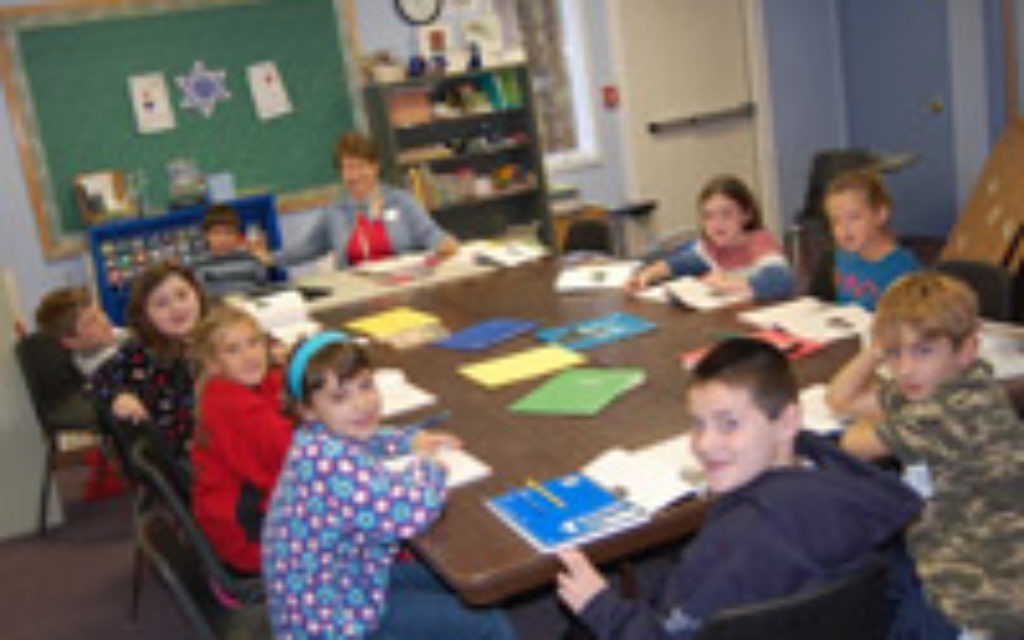 So common are endowments in the private school world that the National Association of Independent Schools, an accrediting organization, uses these funds, whose principle cannot be touched but which generate annual investment income, as a key benchmark for measuring a school’s stability and viability.

But Jewish day schools and yeshivas have lagged behind in the endowment game, with the overwhelming majority of Jewish schools in New York and elsewhere relying almost exclusively on annual fundraising and tuition for their operating expenses.

Now, in an ambitious effort to ensure the long-term financial sustainability of Jewish day schools, UJA-Federation of New York has announced it will provide seven Jewish schools with three years of training, coaching and other assistance in establishing and building endowments. New York is one of three communities that will participate in Generations, a pilot program run by Partnership for Excellence in Jewish Education (PEJE), a national day school advocate, with funding from the Avi Chai Foundation.

The other two communities, Baltimore and Los Angeles, joined the project last spring.

The federation has also launched a fundraising campaign, the New York Day School Challenge Fund, which seeks to raise enough money by the end of this year to provide a 1:2 match for new endowment funds raised by each participating school.

“This translates to budget relief of $500-$750 per student annually,” says an overview of the program that has been distributed, along with application for participation, to Jewish day schools and yeshivas in the five boroughs, Nassau, Suffolk and Westchester counties.

According to the overview, auxiliary goals for Generations include: greater success in annual fundraising, greater accountability regarding board involvement and governance, the possibility of increased enrollment and retention, with more resources available for financial aid and “middle-income affordability programs,” greater ability to “concentrate on academic excellence” and “improved skills of leadership team.”

But the program is hardly a cure-all for the many financial challenges facing New York’s more than 300 Jewish day schools and yeshivas.

For starters, it serves only seven schools, although federation officials say they are also seeking to create a “Leadership and Fundraising Academy” for additional schools.

Plus, the requirements for participation virtually ensure that only the wealthiest, most secure Jewish day schools will be eligible for assistance.

For example, according to the program overview, participating schools cannot be “on the brink of closing a division, merging with another school, or closing altogether” and must have “an experienced professional development director who works more than half time for the school on development and has previously managed a successful strategic development campaign.” They are also required to have a “respected and inspiring lay-professional team” and a “track record of successful face-to-face solicitations.”

In an interview with The Jewish Week, Diane Scherer, manager of the program, acknowledged that Generations will assist only a select group of schools, but emphasized that schools who do not qualify for the program will receive “holistic financial development and board governance” training through the Leadership and Fundraising Academy, which is still in the planning stages.

“If a school is barely surviving day to day, it’s hard to start focusing on having an endowment campaign,” said Bill Samers, UJA-Federation’s vice president of planned giving and endowments. “This is a balancing act as an organization. We’re trying to help as many people as possible and to raise the level of the water as high as we can.”

The federation’s planned giving and endowment department will manage the new endowments that Generations-participating schools establish.

“We bring expertise not only in how to do the development and fundraising, but also the confidence of being a major institution that has the kind of accountability, checks and balances and understanding of all investment rules and regulations,” Samers explained.

Many Jewish schools have been hesitant in the past to launch endowment campaigns for fear it would distract from, or even “cannibalize” their annual fundraising campaigns.

In an interview last spring with The Jewish Week soon after L.A. and Baltimore committed to do the Generations program, Jill Goldenberg, PEJE’s strategy manager for growing endowment and legacy revenue, said such fears about endowment campaigns are misplaced.

“We have wonderful data that demonstrates that, in fact, the type of relationship-building that endowment and legacy giving creates with donors actually enhances annual campaigns,” she said.