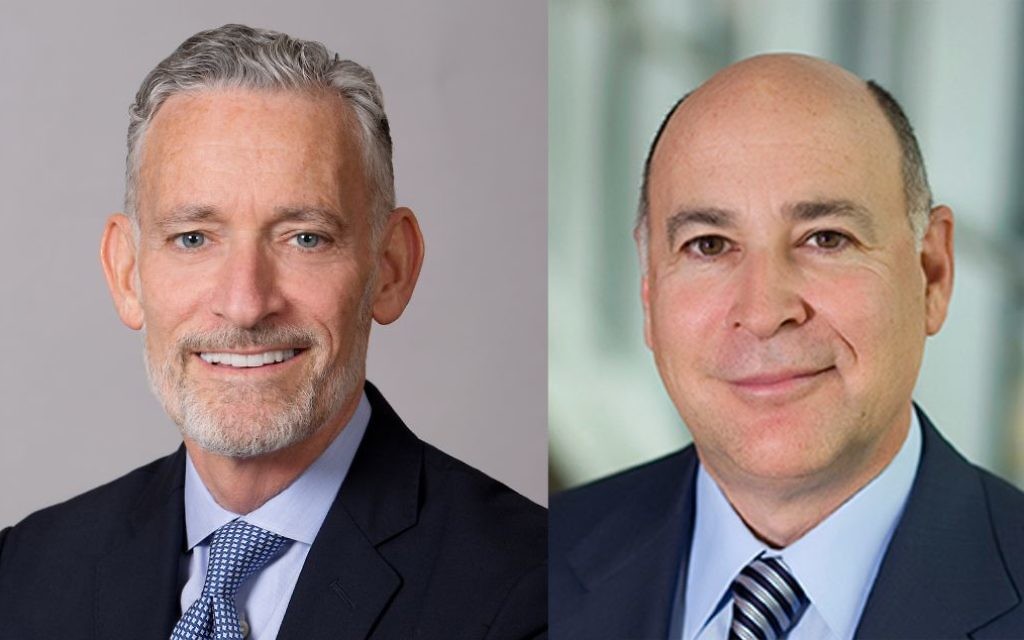 Jeffrey Schoenfeld and Robert Kapito were elected to three-year terms as president and chairman of the board, respectively, of UJA-Federation of New York at the recent meeting of the organization’s board of directors.

They succeed outgoing president Alisa Doctoroff and board chair Linda Mirels, whose terms expire June 30. Eric Goldstein, UJA-Federation’s CEO, thanked them both for their “extraordinary leadership over the past three years. They’ve guided us with incredible strength, integrity, and devotion. UJA-Federation — and the broader community of agencies, local and global — will be forever grateful.”

Goldstein pointed out that as the top volunteer officers of the organization, their successors are “well-known and respected for their extensive institutional knowledge, business acumen and commitment to our community.”

Schoenfeld of Manhattan has spent nearly two decades as a volunteer leader at UJA-Federation and served as co-chair of its general campaign from 2014 to 2016. He began his UJA-Federation involvement on the planning and grant-making side as a member and then chair of the HIV/Aids Task Force, and later chaired the Caring Commission’s Task Force on Poverty, an ad hoc committee on Israeli Children At-Risk, and the Caring Commission.

Kapito, also of Manhattan, the founder of BlackRock in 1988, chaired UJA-Federation’s Wall Street Division from 2014 to 2016 and received its Gustave Levy Award in 2012. He is also president of the board of Hope & Heroes, and a board member of the University of Pennsylvania and of the Harvard Business School’s Board of Dean’s Advisors.