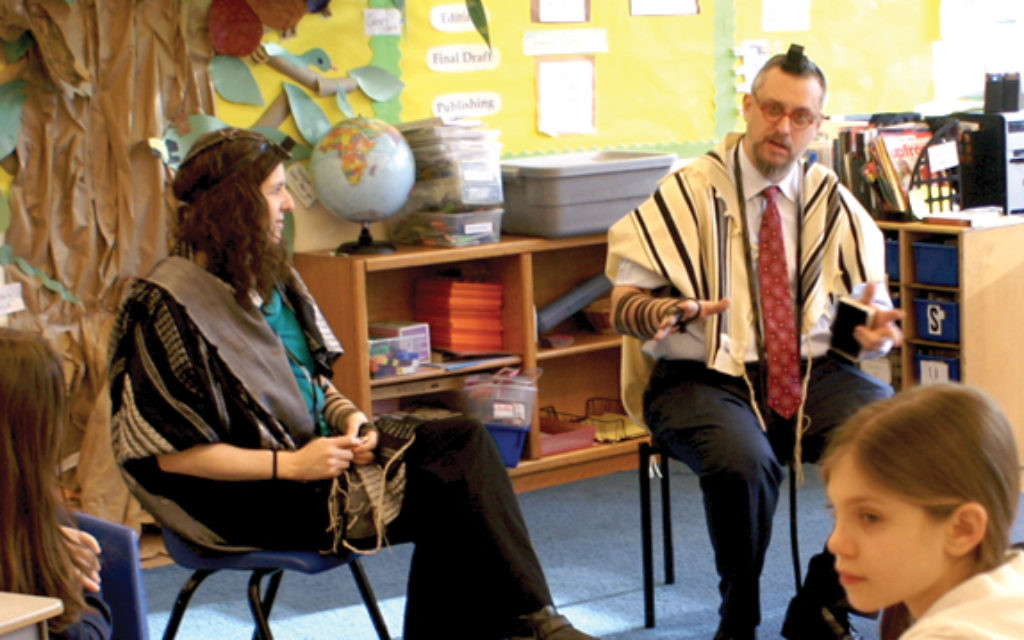 In a move that thrusts UJA-Federation of New York more directly than ever into the effort to bolster day school education, the charity announced this week that it is has raised $50 million for a matching grant initiative that will launch in September.

The new Day School Challenge Fund has a goal of eventually raising $200 million. It has been in the works for several years and is designed to strengthen schools’ long-term financial health by establishing endowment accounts, which are the lifeblood of many private schools and universities.

The matching funds will be available to schools that raise a minimum of $100,000 in new endowment funds; there will be a cap on the amount of matching funds contributed by UJA-Federation, depending on a school’s size.

The move, welcomed enthusiastically by a range of day school officials, comes amid fears that the issue of day school affordability, exacerbated by the lingering recession, has reached the crisis stage. Observers cite the lack of extensive scholarship aid for families of modest means and inadequate teachers’ salaries in many schools.

Eric Goldstein, who succeeds Ruskay on July 1 as CEO and executive vice president of UJA-Federation, is among the initial funders of the initiative, which he chaired in his lay capacity. He is part of a group that worked for several years to bring the challenge grant to fruition. It was originally envisioned as a $100 million fund with a more ambitious 1:2 matching ratio. But fundraising for the project was slow.

“It’s very hard to get people to give to endowments,” said Deborah Joselow, managing director of UJA-Federation’s Commission on Jewish Identity and Renewal.

“If you have $50 million, you want to get it out there. This is about supporting a sustainable system of day schools,” she noted. “We have a sacred responsibility to these schools.”

So the federation decided to begin now, with money raised from a wide range of contributors, including the Avi Chai Foundation, the Jim Joseph Foundation and several individual philanthropists, including Goldstein and his wife, Tamar, and UJA-Federation president Alisa Doctoroff and her husband Dan.

The hope is that the 1:3 ratio of the Challenge Fund will eventually establish a total of $200 million that will “provide a predictable revenue stream for schools to subsidize tuition and invest in educational excellence,” according to a UJA-Federation statement.

The contribution phase of the Fund will last three years, but the participating schools will be able to receive the interest from the accounts “in perpetuity,” according to Joselow.

The funds raised in the endowment program can “be a game changer for the schools,” she said, adding, “it’s not a silver bullet. It’s a statement about the communal responsibility to Jewish education.”

About 60 percent of day school students in the United States attend some 250 Jewish day schools and yeshivas in the Greater New York area.

In recent years, school administrators have cited mounting expenses, parents have complained about escalating tuition that force many to seek lower-cost alternatives such as charter and public schools and several local day schools have closed their doors.

Money raised in the endowment program can be used for scholarships or teachers’ salaries — anything but “bricks and mortar” capital expenses, Joselow said.

She called the new program an incentive for schools to plan for their long-term financial future, under the guidance of the philanthropy’s veteran experts on investing and financial management, a sentiment seconded by leaders of area day schools.

“The grant program is a wonderful initiative, probably the most important step that UJA-Federation has taken to support day schools in my lifetime,” said Rabbi Steven Lorch, head of school of the Solomon Schechter School of Manhattan, which is Conservative. “It encourages schools to think about their finances in the long term — 25 years out and longer — whereas nearly every other significant influence on the thinking of day school leaders pushes them to think about their schools’ financial here-and-now, seldom more than five years out.”

Jerry Katz, head of school at the Reform day school in Manhattan, also stressed the importance of the Fund. “Access and affordability are major concerns at Rodeph Sholom School,” he said. “In New York City, we are competing with schools that offer tremendous amounts of financial aid through well-established endowments.”

Rabbi Paul Shaviv, head of school of the Modern Orthodox Ramaz School in Manhattan, said the fund would “increase revenue, keep tuition down, and keep our school more accessible. … It is helping the issue of the cost of Jewish education by supplying extra funds. From an educator’s viewpoint, this enables us in maintaining quality and services, rather than insisting that we cut costs.”

Shaviv is awaiting detailed eligibility information. “If we are eligible, I am certain we will do everything we can to participate,” he said.

According to a statement released this week by UJA-Federation, schools wishing to take part in the Challenge Fund program must:

n be located in New York City, Westchester or Long Island, or have a student body of whom “a significant portion” lives in those places.

n have been in operation for at least three years.

n employ a professional whose responsibilities include fundraising and development.

n have a full-time principal and a Board of Directors “that exercises fiduciary oversight.”

n fulfill “all federal, state and city educational requirements,” including certification and ongoing professional training “for all teachers.”

n comply with Fund for Jewish Education regulations about health insurance for employees.

n “Publicly recognize and support the State of Israel through the adoption of an official statement.”

n support “the goals of the UJA-Federation annual campaign.”

n “recognize” UJA-Federation and the Challenge Fund “in its printed and electronic materials.”

The criteria would seem to rule out the participation of many small, haredi schools that lack substantial resources and are neither pro-Zionistic nor part of the UJA-Federation network.

UJA-Federation has in past years supported day schools in a variety of ways providing millions of dollars through the Jewish Education Project, teacher benefits via the Gruss Life Monuments Fund and lobbying in Albany for government benefits.

The new initiative is a larger version of a program that began under the aegis of the Jewish Federation of Greater MetroWest in New Jersey, with a “leading gift” of $9 million from philanthropists Paula and Jerry Gottesman, and the participation of three schools.

Details about the Challenge Fund will be available in early September at ujafedny.org/day-school-challenge.