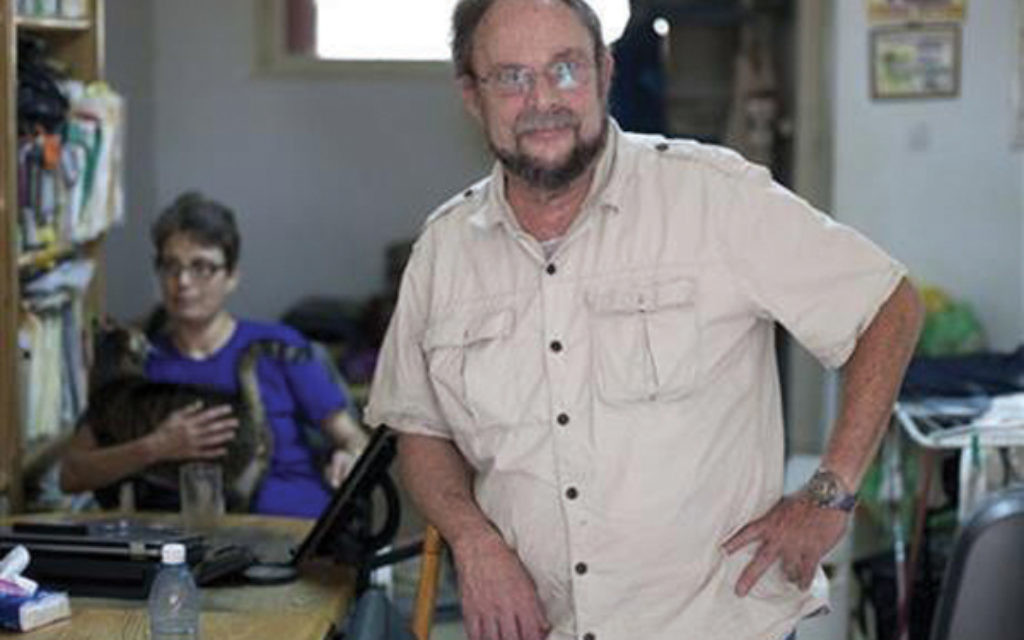 The house, a handsome, three-story Tudor, sits on a leafy street in the posh Forest Hills Gardens section of Queens. Unbeknownst to all but a handful of people, it was the subject of a heated tug-of-war between the Iranian government and relatives of a former Bronx butcher who died of injuries sustained in a Jerusalem suicide bombing.

It is just one of several properties, bank accounts and other assets of the Islamic Republic of Iran that have been seized by U.S. courts and quietly turned over to the families and victims of Hamas and Hezbollah terrorist attacks in Israel.

Perhaps the most well-known case involving the awarding of damages from a terrorist attack in Israel involved Stephen Flatow, whose daughter Alisa was killed in a 1995 bus bombing in the Gaza Strip. He was the first to convince an American court that Iran and several of its officials should be held financially accountable for funding Islamic Jihad, which carried out the attack that killed his daughter. In 1998 a court awarded him $22.5 million in compensatory damages. But he was unable to collect the judgment, and in 2000 Congress passed a law making it possible for victims of terrorist acts to recover funds from the U.S. to satisfy outstanding judgments. Flatow applied and on Nov. 28, 2000, the U.S. Treasury gave him more than $26 million, which included interest on the court’s award.

A spokesperson for the Treasury Department said last week that the U.S. government seized from Iranian assets here the exact amount it paid Flatow, and that the law requires the president to pursue that claim “as appropriate, including in any negotiations regarding normalization of relations with Iran.”

After Flatow received the money, Congress changed the law so that after January 2008 any new claim against a foreign state designated as a state sponsor of terrorism could be litigated and collected against the state itself.

Nitsana Darshan-Leitner, an Israel lawyer and director of the Shurat HaDin-Israel Law Center, said that since then victims of state sponsored terrorism and their families have received more than $120 million in compensatory damages from Iranian assets. No one has yet received any punitive damages that have been awarded and which total in the billions of dollars.

Bank Melli, an arm of the Iranian government, had owned the Queens house that was the subject of litigation. Robert Tolchin, a Brooklyn lawyer who worked with Darshan-Leitner on the case, said the home on Puritan Avenue was sold April 5, 2011 for $1.6 million.

“We wanted to sell the house, Iran didn’t and fought the sale,” Tolchin said. “The house was vacant, it had no heat or electricity and it was visibly deteriorating and losing value. We said let’s agree to have a referee sell the house and then keep the money in escrow until it’s decided who gets it. The house was sold before we got the court decision” in our favor.

The money went to the family of Ira Weinstein, a butcher from the Bronx who had lived in Israel the last decade of his life. He was severely wounded and later died at the age of 53 from injuries sustained in the Feb. 25, 1996 suicide bombing of the No. 18 bus in Jerusalem. A federal appeals court awarded the money to Weinstein’s widow and children on June 15, 2010, in partial satisfaction of their $5 million judgment against Iran.

Another judgment Darshan-Leitner and Tolchin obtained was for the terrorist attack that injured Bronx native Stuart Hersh. He had been sitting on the Ben Yehuda Street pedestrian mall sipping his coffee on Sept. 4, 1997, when someone approached wearing the traditional clothing of a Muslim woman.

“I thought it was a woman, so I didn’t have any suspicions,” he recalled. “He got to within five to seven feet and let loose the package he was carrying.”

The explosion threw Hersh into the air and he landed on his head and back. The bomber’s head, which Hersh said had been covered by something resembling that worn by the Star Wars character Darth Vader, “disappeared, along with the upper half of his body.”

“His picture appeared in an Israeli paper after the bombing,” Hersh recalled. “It was his eyes in the picture that caught my attention and resulted in a horrible flashback. I didn’t even read the caption or the story — I was too shaken. … The terrorist was the same one who, a while back, had killed a 13-year-old boy in a drive-by shooting while he waited for a bus in Samaria [the West Bank]. I saw the face and it was him because the one thing you can’t get rid of is the face of your attacker — and he was staring at me right before he exploded.”

Two other nearby suicide bombers triggered their own bombs at the same time. The carnage left five Israelis dead and more than 190 others injured. Hersh sustained burns on both arms and suffered brain damage and back injuries.

Hamas, the Iranian-backed and funded terrorist organization based in the Gaza Strip, claimed responsibility for the attack. Hersh and other victims hired Darshan-Leitner, and she sued the government of Iran, which did not contest the suit. In September 2003, U.S. District Court Judge Ricardo Urbina in Washington, D.C., awarded them a default judgment of $123.5 million in compensatory damages and $300 million in punitive damages.

They were finally able to collect part of that judgment about eight years ago when Darshan-Leitner learned of a house in Lubbock, Texas, that belonged to the Iranian government. Mohammad Reza Pahlavi, the former Shah of Iran, had bought it before his ouster in the 1979 Islamic revolution. He bought it for his son, Reza Pahlavi, who was in Lubbock taking the United States Air Force Training Program at the Reese Air Force Base there. Darshan-Leitner said they sued to seize the house and sold it for about $600,000.

She noted that there are another four or five outstanding judgments against Iran that total about $1 billion. But the problem is finding Iranian assets that can be seized. And even when she finds some, it is still not easy. An Italian court, for instance, rebuffed her attempt to seize an Iranian bank account in Italy. And she recently lost a case in Illinois when she attempted to seize antique clay impressions that have been in the possession of the University of Chicago’s Oriental Institute and the Field Museum of Natural History since the 1960s. Iran had loaned them for the purpose of academic study. Although most of one collection was returned in 1970, Iran said some items were missing and filed a claim for their return.

In addition, a collection of about 30,000 clay tablets and fragments loaned by Iran in 1937 for the purpose of translation were still at the Institute despite a promise in 2004 to return them.

Into this tug-of-war entered Darshan-Leitner, who filed a claim seeking to seize all the items in behalf of Hersh and eight other Americans who were killed or severely hurt in the 1997 triple suicide bombings.

But on March 27, District Court Judge Robert Gettleman in Chicago dismissed the suit, saying the collections are exempted from seizure. Darshan-Leitner said she plans to appeal.

On the other hand, last month an Ontario judge allowed the American victims of Hamas and Hezbollah terrorists who had been unable to collect on their multimillion-dollar U.S. judgments to divide more than $7 million in seized Iranian assets in Canada.

Hersh said he didn’t recall the amount of money he received from the sale of the Texas house but that it was very small and that he is determined to collect more.

“I have a problem with my lower back and walking at this point is extremely painful,” he said. “As a result of the post-traumatic stress on my body, I suffered a heart attack less than a year later and a burst appendix and perforated colon. I need rehabilitation that I can’t afford; my wife and I live on a pension.

“We’re not looking to get rich, it’s just that we want some dignity in the sense that we want to be able to afford what we need for rehabilitation. My wife also suffered, not physically but she did suffer,” he added.

Hersh said he is convinced that other Iranian assets will be discovered in the U.S. and Canada that his lawyers will be able to seize.

“There will be other battles,” he said. “What is important is winning the war by getting exactly what we were legally awarded by the court. Then we will finally get justice.”