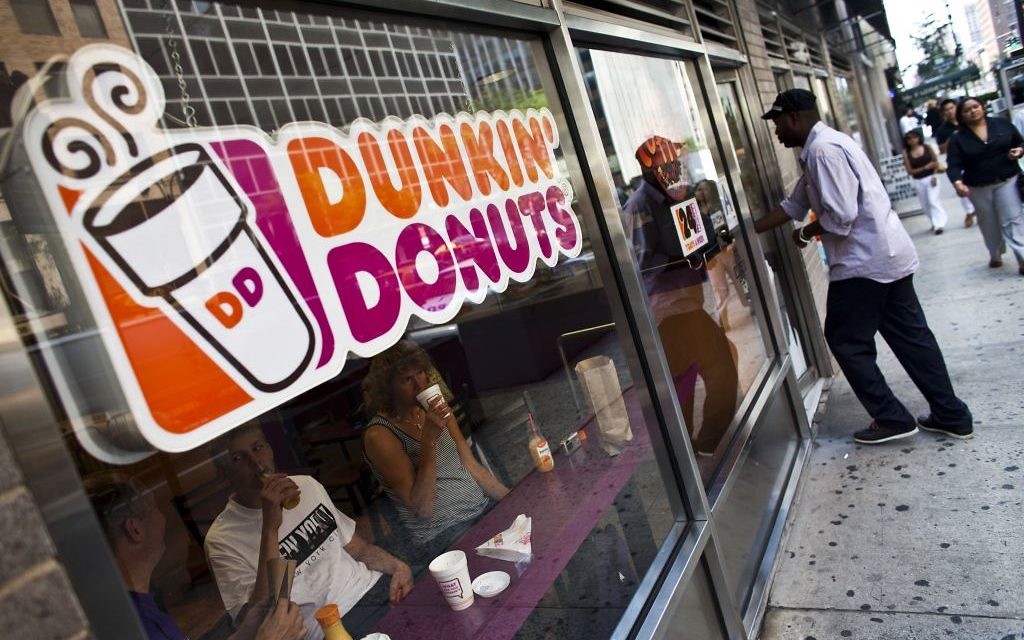 Dunkin’ Donuts, a national franchise that numbers more than two dozen kosher locations among its 10,000 sites, faces federal charges for refusing to hire a prospective employee whose religion forbids him from working in the Sabbath.

Agudath Israel of America, an umbrella haredi organization, praised the lawsuit brought last week by the U.S. Equal Employment Opportunity Commission on behalf of Darrell Littrell, a North Carolina resident who is a member of the Seventh Day Adventist faith.

According to the EEOC, Littrell, who lives in Asheville, applied in late 2012 for a job as a donut maker at a manufacturing facility of Citi Brands, a Dunkin’ Donuts franchisee. He was offered a job, the EEOC states, but the offer was rescinded when he informed the plant manager that as a Seventh Day Adventist he could not work on his Sabbath, from sunset on Friday until sunset on Saturday.

“Title VII of the Civil Rights Act of 1964 prohibits employers from refusing to hire people because of their religion, and requires employers to make an effort at a reasonable accommodation for sincerely held religious beliefs,” a press release issued by the EEOC states. The lawsuit filed in the Western District of North Carolina’s U.S. District Court, which follows an “attempt to reach a voluntary settlement through [the Commission’s] administrative conciliation process,” seeks back pay, compensatory damages and punitive damages, “as well as injunctive and other non-monetary relief.”

“We applaud the EEOC for bringing this lawsuit,” said Mordechai Biser, Agudah general counsel. “Employers need to know that it is illegal to refuse to hire an employee because of his or her religion, and that they are required by federal law to attempt to accommodate Sabbath observance in the workplace.

“Whether the employee is a Seventh Day Adventist, an Orthodox Jew, or anyone else who observes a day as his or her Sabbath, employers must make a reasonable effort to accommodate that observance.”

The EEOC lawsuit comes several weeks after an air traffic controller who is a Seventh Day Adventist won a complaint against a U.S. government labor union that ordered him to work on the Sabbath in retaliation for his decision to quit the union.