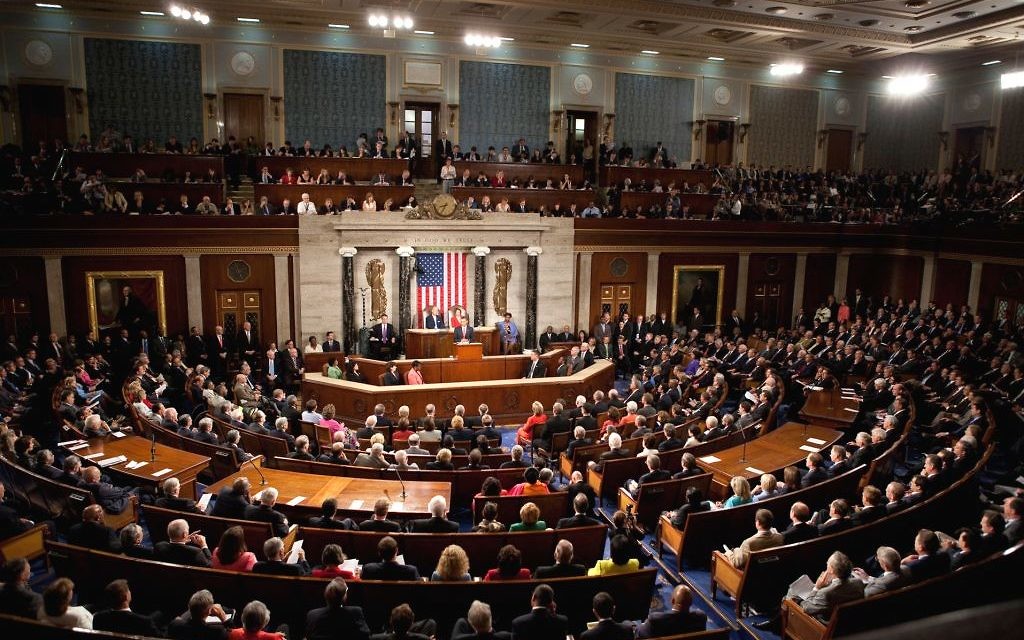 Illustrative photo of a joint session of Congress in 2016. Wikimedia Commons

It further affirmed that the Senate “stands with the people of Israel during these difficult days” and supports the Jewish state’s right to self-defense, rejecting “any suggestion of the moral equivalence of Israeli security personnel” protecting its citizens and “terrorists intent to deliberately take innocent lives.”

Reiterating U.S. policy that a final peace must be negotiated, the resolution called on all parties to return to talks “immediately and without preconditions.” The resolution was introduced on Nov. 3, a few days prior to the White House’s announcement that the U.S. would not broker a peace agreement before President Barack Obama leaves office. At the Jewish Federations of North America’s annual conference this week in Washington, Israeli Prime Minister Benjamin Netanyahu said he was still in favor of “two states for two peoples.”

The resolution had 67 bipartisan co-sponsors, 41 Republicans and 26 Democrats. The week prior, the U.S. House of Representatives passed its own resolution condemning Palestinian terror.