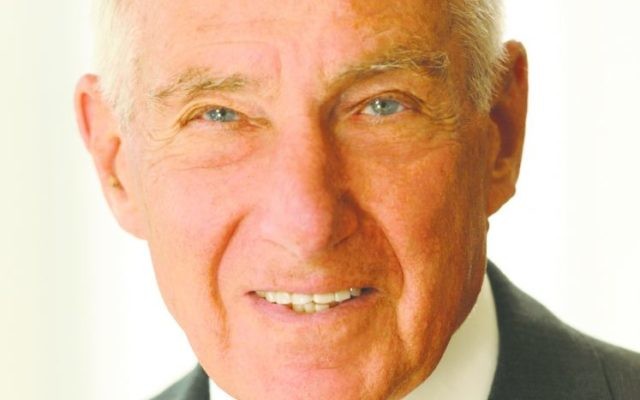 In the upcoming election, the nation faces a choice of two candidates who present contrasting positions on virtually every meaningful issue. They see America differently and would lead the country along different paths. It is hard to recall another time when the differences were so divergent or important.

Most observers agree the U.S. faces serious threats to our future success and prosperity. Our economic picture is bleak; unemployment remains high; a budget crisis threatens our national solvency; and a debate over entitlements and other expenses threatens to draw America into class warfare, set rich against poor and muddy the debate to identify and satisfy the middle class. America’s role in the world, our image and our influence and credibility have badly eroded, and the international crises that are looming threaten to burst into widespread military conflicts. The American people will have to choose.

Each side blames the other; the Democrats put the onus on the sins of the Bush administration; the Republicans cast President Obama as a neophyte who promised to learn on the job, failed, and should not be given four more years to get it right.

Into this conundrum, the American Jewish community needs to decide whether it will continue to overwhelmingly support President Obama, who received 78 percent of the Jewish vote in 2008. It is not clear how the issues related to the Middle East, Iran and Israel will enter into the calculus of the Jewish voter, given the gravity of the economic issues mentioned above. But what is clear is that the Middle East is in flames, and Iran is coyly toying with the international community while proceeding at full throttle in its enrichment of uranium and pretending to reconsider its nuclear ambitions. At the same time, U.S.-Israeli relations regarding how to deal with the Arab world and the threat of Islamic terrorism are encountering choppy waters because of the rocky relationship between Barack Obama and Benjamin Netanyahu.

The Obama administration has led the United States in the withdrawal of U.S. troops from many places of conflict, pursuing a policy it announced in 2008. Many of our allies and friends fear this U.S. policy weakens the defense against Islamic jihad and terrorism, leaves a more open field of battle for the enemy to exploit, and signals a U.S. withdrawal from leadership in international affairs. This policy may be further tested by the U.S. reaction to the spreading violence in countries where U.S. property and personnel have been attacked by mobs protesting perceived insults to the prophet Mohammad. Gov. Romney and others have demanded that the U.S. reaction to these attacks not be seen as softening U.S. commitment to protection of our own free speech and expression, which are bulwarks of American freedom. Bland expressions from the White House and State Department might make one wonder about our continued commitment to the message attributed to Voltaire in the period of the French Revolution: “I disapprove of what you say, but I will defend to the death your right to say it.”

In this election season, the candidates and parties have each littered the landscape with extravagant promises of support for Israel, but in the afterglow of an election that will pass into history on Nov. 7, one must try to look into the heart and mind of our next elected leader. In doing so, this writer cannot forget the president’s Cairo speech in June 2009; in that speech he announced a change in U.S. policy in an effort to improve U.S. relations with the Arabs and to redress a perceived Arab perception that the U.S. unfairly favored Israel in the Arab-Israel dispute.

President Obama morally equated the Palestinian territorial claims as based on an asserted occupation of land by Israel, with Israel’s territorial claims supposedly based on Israel’s memories of the Holocaust. He did not mention awareness or regard for almost 4,000 years of Jewish history in the region as a basis of its claim of

patrimony. The president’s acceptance of the Palestinian narrative of the dispute was again apparent to many of us in the Jewish community who attended a meeting with the president at the White House in March 2011.

Gov. Romney’s views on this subject support the Israel narrative.

Sorting out the election choices will require a careful analysis of the diverse issues mentioned above and of the complex facts and history we are now living. Jews used to be good at that.

Kenneth J. Bialkin, an attorney, has headed many national Jewish organizations including the Conference of Presidents of Major American Jewish Organizations.