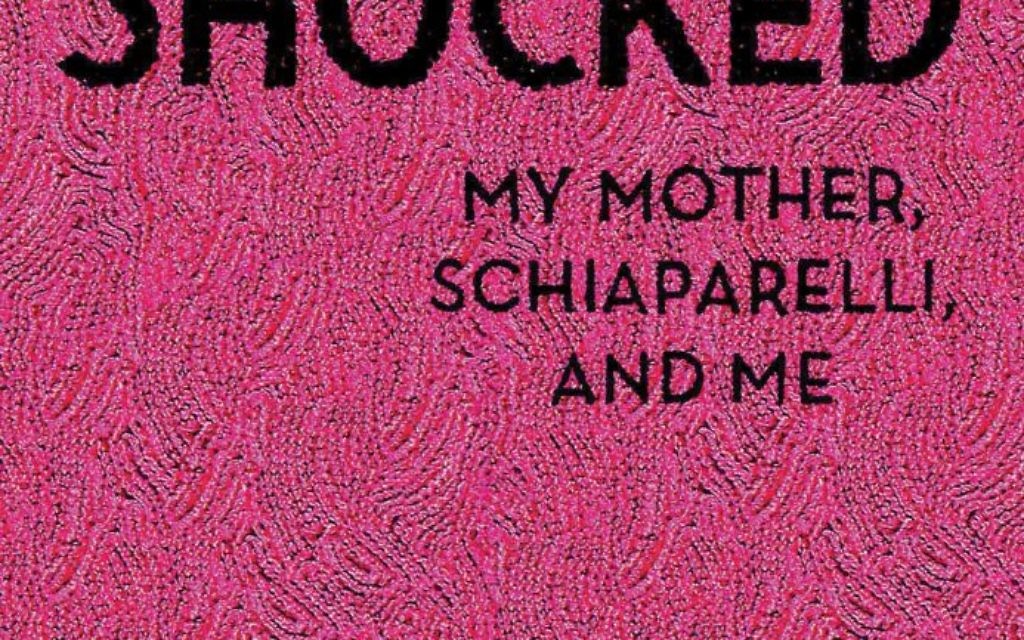 As she watched her mother apply her make-up, Patricia Volk saw several views of her at once, through the three-way mirror. Audrey Morgen Volk, wearing a green velvet robe that matched the green drapes in her room, methodically applied layers of cream and powder and mascara. Patty knew that her mother was beautiful — this was noted frequently by the doormen of their Upper West Side building, cab drivers, the butcher, camp counselors and relatives — but only she knew that the make-up was “a portrait of her face on top of her face,” and that the face underneath was sheer beauty too.

Volk enjoyed watching this ritual, which was her private time with her mother in the 1950s, before Audrey set off to the family’s restaurant, Morgen’s, where she held court greeting customers. Her mother completed her preparations with a flourish, applying her signature perfume, “Shocked” by Elsa Schiaparelli, from a fanciful sculpted bottle.

Audrey would come home in the afternoons (before returning to the restaurant in the evenings) and read in bed, back in her green velvet robe. They were a family of readers. Volk’s father, Cecil Sussman Volk, a large man who was a sculptor and tennis ace in addition to running Morgen’s, would “read books on the couch with the delicacy of a Victorian on a fainting couch.” He had an extensive library of classics, while her mother rented books from a bookstore on Broadway called Womrath’s, where a new book cost 25 cents for three days. And when her mother finished books before they had to be returned, the young Patty would voraciously read them.

In her new memoir, “Shocked, My Mother, Schiaparelli, and Me” (Knopf), Volk tells of her 10-year-old self borrowing her mother’s copy of “Shocking Life,” the 1954 autobiography of Italian fashion designer Elsa Schiaparelli. For Patty, the book is transformative. It’s as if she grew up under the spell of these two women, her mother, and Schiap, as she preferred to be called.

Both women were brilliant and opinionated; they were educated, working mothers, ahead of their time. They were also imposing, hot-tempered, charismatic and crazy about clothes. But while Audrey, who loved being a wife, was ordered and practical with a finely tuned sense of what was appropriate in all situations, Schiap, the woman who invented sportswear and collaborated with artist friends Marcel Duchamp and Salvador Dali, was a creative soul, independent and daring, always breaking rules. Audrey saw beauty as essential to a good life, and Schiap believed that imagination trumped beauty. From Schiap, who made a hat out of a shoe, Volk learned about the endless variety of possibility — and she learned that there are many ways of being a woman.

“I needed her to deflate my all-powerful mother and she did. Schiap gave me an alternative way to be. She supplied the spark I was primed for,” Volk writes.

She’s the author of a previous memoir, “Stuffed: Adventures of a Restaurant Family,” and four works of fiction, most recently, “To My Dearest Friends.” That memoir stood out in a crowded field; it’s a wise, funny, original and loving portrait of her family members who ran a successful restaurant in New York City’s Garment Center and lived their lives with large appetites. “Stuffed” was also an unforgettable portrait of post-War life on the Upper West Side of New York.

In this book too, Volk is generous and very funny, getting the small details just right. Taking a cue from Schiap, she has written an uncommon memoir about identity. She unfolds both women’s stories, as their ideas and experiences intersect in areas of friendship, personal style, employment, motherhood and aging. Volk doesn’t cover up her mother’s difficult side, which came down particularly hard on Audrey’s own mother as well as on her daughters.

Each chapter is followed by illustrations: Volk family mementoes, like a photo of her parents on a cruise, 5-year-old Patty at sleep-away camp and her father’s patent for the double-sided garage brush, and then items she tracked down from Schiap’s past, like a photo of her daughter Gogo, Katherine Hepburn (a client of the House of Schiaparelli) in Schiap’s Mad Cap, a bottle of “Shocked” with glass flowers hand-blown in Murano, Italy, and Schiap in her cellophane dress.

The black-and-white photos and drawings, as Volk explains in an interview, illustrate the book and also lead in new directions — “they continue the story and show how the mind works” (not all are referred to in the text). The shocking pink book jacket is Schiap’s signature color, textured to resemble beaded fabric. When the designer died in November 1973, The New York Times ran a front-page headline, “Schiaparelli Dies in Paris; Brought Color to Fashion.”

Speaking for herself and her older sister, Volk writes, “Pleasing our mother is like trying to eat Jell-O with chopsticks.” Audrey died in 2006, and Patty didn’t start the book until afterwards. She says that she wouldn’t have published this were her mother alive. “It was a way to figure out our relationship,” she says.

“It’s not a cathartic book. I don’t believe that catharsis makes for good writing. It forced me to examine how someone could be so cruel and still be loved.”

“She wasn’t an easy mother. I did adore her. I loved being in her company. Love is made up of all kind of things,” she continues.

When she reread Schiap’s autobiography “Shocking Life” decades later, she saw aspects of melancholy that she hadn’t picked up on as a child, and also how neglectful she was of her daughter.

When asked if she sees more of her mother in herself these days, after spending so much time immersed in her life, she says, “I’ve seen less. I have become conscious of the things that I didn’t like about her — I’m doing my best not to perpetuate those things.”

Volk, a mother and grandmother, lives on the Upper East Side. Her daughter, Polly Blitzer, may have inherited a bit of Audrey and Schiap; she is a beauty editor who created the website beautyblitz.com.

Volk reports on a visit to 99-year-old psychiatrist Martin Bergmann to find out why it is that when she asks people how old they were when they read the book that changed their life, they say 10 or 11. He explains, “The book helps them into puberty. That is the time you begin to wonder whether the world is your family or there is an outside world.”

“Shocked” includes an appendix, “The Transformative Book of Ten People in This Book” and “The Transformative Book of Ten Other People.” For the author’s mother, it’s “Marie Antoinette” by Stefan Zweig, and for Schiap, it’s “The Rubaiyat of Omar Khayyam.” For Barack Obama (second list), it’s “The Power Broker” by Robert Caro. Steven Spielberg cites “Treasure Island” by Robert Louis Stevenson.”

In the final pages, Volk offers some of her favorite Schiap designs in full color, including her Bug Necklace, “Snuff,” the first perfume for men, which was presented in a glass pipe inside a cigar box, and the backless dress she invented, in butterfly-printed fabric, with a coat of netting.

On Monday, July 22, The Jewish Week hosts “Literary Summer,” featuring Patricia Volk along with award-winning animation artist Hanan Harchol, whose projects include a series, “Jewish Food for Thought.” “True Tales: A New Retelling” is at Congregation Rodeph Sholom, 7 W. 83rd St. at 7 p.m. The event is free but reservations are requested, events@jewishweek.org.