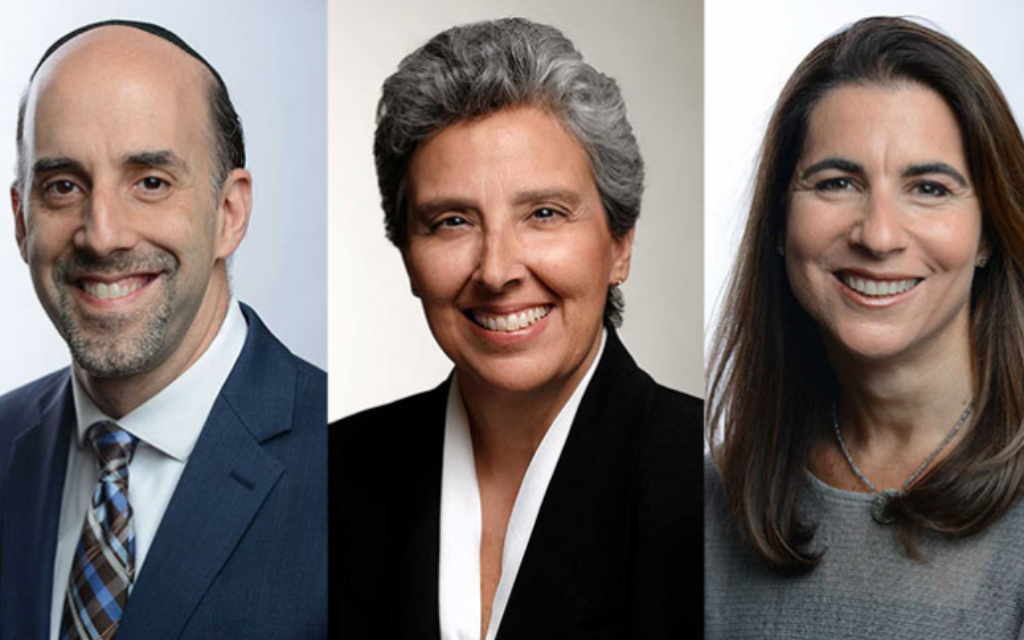 Two New Yorker educators were among the three “leaders of innovation and impact” in the field of inclusive education cited by the Covenant Foundation this week.

Daniel Henkin, director of music at The Ramaz Upper School and at Camp Ramah Nyack, and Ilana Ruskay-Kidd, founder and head of school at The Shefa School, are the local recipients of the 2016 Covenant Award, which is among the highest honors in the field of Jewish education in the U.S.

The third recipient is Rabbi Benay Lappe, founder and Rosh Yeshiva of SVARA: A Traditionally Radical Yeshiva in Chicago.

Eli N. Evans, chairman of the board of directors of The Covenant Foundation, noted that “these three recipients now join 75 others who, together, form a contingent of inspired, courageous, motivated and forward-thinking Jewish leaders.”

Each recipient will receive $36,000, and each of their institutions will receive $5,000.
Henkin was cited for a wide range of musical activities, which includes directing choirs at several camps and colleges, and for his pioneering work with the contemporary Jewish a cappella movement.

Ruskay-Kidd is credited for her commitment to inclusivity in helping to create the Shefa School for children with special needs, and for her entrepreneurial skills in making it a reality.

(Her father, John Ruskay, the former CEO and executive vice president of UJA-Federation of New York, was also honored this week. He received an honorary doctorate from the Reconstructionist Rabbinical College in Philadelphia. He has previously been awarded honorary doctorates from Yeshiva University, the Jewish Theological Seminary, Hebrew Union College-Jewish Institute of Religion, and Spertus College, perhaps a unique achievement in transdenominational academic honors.)

Rabbi Lappe, who founded SVARA in 2003, was cited for “providing serious Talmud study to Jews on the margins whose outsider experience stemmed from their sexual orientation or gender identity,” according to the Covenant Foundation.

The three honored educators will receive their awards at a dinner in Washington, D.C. on Nov. 13 during the General Assembly of the Jewish Federations of North America.