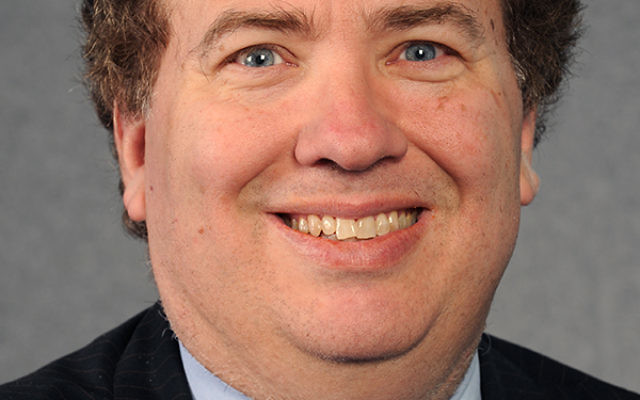 The Congressional debate surrounding the Iran nuclear deal proved to be very divisive and ultimately, the White House prevailed. Now it’s time for a bipartisan effort to begin the healing process between Washington and Jerusalem.

The White House made the argument that the deal curbed the Iranian nuclear program, despite acknowledging Iran as a leading state sponsor of terror. It charged that critics had no better alternative to reduce Iran’s nuclear stockpile of uranium, mothball most of its centrifuges and remove the core of its plutonium reactor.

Supporters and critics alike questioned how the White House could say it was halting Iran when the restrictions on Iran’s stockpile of uranium ended in 15 years. Many of the same people wondered how the U.S. would push back against increased funding to Iranian proxies like Hezbollah, after Tehran gains access to its unfrozen bank accounts.

In a recent Politico article, Ambassador Dennis Ross and I articulated the need for the U.S. to improve the agreement on its own, and also bring the country together, by enacting a series of bipartisan measures to bolster U.S. deterrence and raise the costs to the Iranians of destabilizing behavior in the region.

Whether one is a critic or a supporter of the Iran deal, one should agree on these ideas. It is critical to note that all these steps would be taken by the U.S. outside the Joint Comprehensive Plan of Action (JCPOA), and therefore would not require renegotiating the JCPOA. As steps taken by the U.S., it would take seriously some of the complaints leveled at the White House. It would have the President and Congress warning Iran now that after 15 years any move to upgrade from low enriched or reactor-grade uranium to high-enriched  uranium that would easily enable Iran to have a bomb at a time of its choosing would prompt the U.S. to take all necessary means, including the use of force, to ensure that Iran does not become a nuclear weapons state.

We also have felt that while some may say Americans are weary of war, Iran would not question Israel’s commitment to act if it believed its existence was at stake. Therefore, we called for the administration to provide Israel with the Massive Ordinance Penetrator, a mountain-busting bomb, which would enable Israel to reach the Iranian program inside the Fordow mountain. We also backed legislation that provides for select and added targeted sanctions in response to a surge of material support for Iran’s proxies in the region as a necessary part of a strategy to ensure that these proxies do not receive a cash windfall.

These bipartisan moves would not just be sound policy. They could help heal the divisions within our country over the Iran issue.

Yet, we should also acknowledge the growing divisions within the American Jewish community.

This was largely not the case during two bruising crises with administrations in decades past, on the issues of AWAC early warning system to Saudi Arabia in 1981, during the Reagan administration, or loan guarantees for Russian immigration during the George H.W. Bush administration in 1991-1992.

If American Jews were united then, they are not now when it came to Iran. On one hand, the institutional Jewish community was largely opposed to the deal (yet different local federations debated whether they should take a position against or remain neutral). However, on the grassroots level, the picture is more nuanced. A September 2015 poll of the American Jewish Committee shows that American Jews were divided down  the middle when it came to support for the Iranian deal. (Support for the Iran deal was actually slightly running ahead of opposition, but the edge is erased by the margin of error in the poll.) Support also came from some national dovish groups like J Street and Americans for Peace Now. The divide reflected a debate about what was good about this deal for U.S. national security, which is Congress’s job,  and what was good for Israel’s security, as well.

Yet, amid the division this summer, one would frequently hear leaders of  on all sides asking how does one “bring the community back together again?”

It would seem that both the U.S. and Israel could play a constructive role in this regard. It is tempting to believe that the mere fact that President Obama and Prime Minister Netanyahu plan to meet in Washington on November 9 will be enough to bring the countries together. However, given the stormy relationship between the two leaders, it would be a mistake to rely on one meeting to bring the countries together and not further apart. It will take a mix of actions between the countries to improve the bilateral relationship. Without being exhaustive here, a key step by each side would be useful.

For the U.S., the key step would be ensuring that the U.S.-Israel security relationship is back on track. If that relationship is on the mend, it is bound to lead to reduction in enmity within the American Jewish community as well. It should be noted that the U.S. was willing to start those talks this summer, but Israel thought such a move would be interpreted on Capitol Hill as diluting Jerusalem’s principled opposition to the Iran deal. With the deal now in the rear view mirror, there are indications that Prime Minister Netanyahu is ready for those talks to begin.

During the Congressional debate, President Obama pledged in a webcast interview with American Jewish leaders at the end of August that the U.S.-Israel security upgrade negotiation would proceed rapidly and smoothly. A variety of issues will be discussed, including a 10-year Memorandum of Understanding (MOU) between the two countries to replace the $3.1 billion per annum today. Many believe the new MOU will exceed the $30 billion-plus of the last 10 years. Clearly, any visible signs that the U.S. and Israel will be working together to monitor a variety of aspects relating to Iranian implementation of the nuclear deal will also be viewed as a sign of confidence.

It is not just the U.S. that has to take steps, though. So does Israel. For starters, it may be worth Netanyahu’s time to go on a listening tour on Capitol Hill in November. Congressional watchers say the Netanyahu speech to Congress in March that took place without the approval of the administration had the counter-productive effect of helping Obama consolidate his Democratic flank. Critics of the Iran deal won "no" votes from only three of the Black Caucus' 45 members, and 12 Jewish Democratic members voted for it, while seven voted against. It would be worth Netanyahu’s time to be in listening mode and meet with those groups separately. (He does usually meet Jewish legislators, but sources say he is usually in transmit mode.)

Moreover, it has already been announced that Netanyahu will be speaking at the American Enterprise Institute (AEI) annual dinner during his visit. Given the neoconservative bent of AEI, it would seem an unusual locale for the Israeli leader to talk about the importance of bipartisanship when it comes to U.S.-Israel relations. Some Democrats have quietly concluded already that the AEI venue is proof positive Netanyahu has no interest in bipartisanship.

However, one should not rule out that Netanyahu could use the AEI venue as a platform to laud the bipartisan basis of U.S.-Israel relations for many decades. There have been times that Democrats and Republicans could agree on little else but Israel.  Certainly Israel has benefitted from that bipartisanship, when one considers the amount of U.S. military largesse over the decades, which has helped Israel maintain its qualitative military edge in a very unstable region.

It is probably too optimistic to believe that the mutual moves will lead to a “reset” in the Obama-Netanyahu personal relationship. But this misses the point. The U.S.-Israel relationship needs repair. While other steps certainly need to be taken, the ones mentioned here could constitute important first steps. And the more that American Jews can see the U.S. and Israel sitting together to genuinely address their problems and work together for the sake of a more stable Middle East, the greater the chance that American Jews will notice – and, perhaps, will at least try to begin to heal their own divide, as well.

David Makovsky is the Ziegler Distinguished Fellow at the Washington Institute for Near East Policy and an adjunct professor of Middle East studies at the Paul H. Nitze School of Advanced International Studies at Johns Hopkins University. He was a senior policy advisor to the U.S. Special Envoy for Israel-Palestinian Negotiations in the Office of the Secretary of State in 2013-2014.