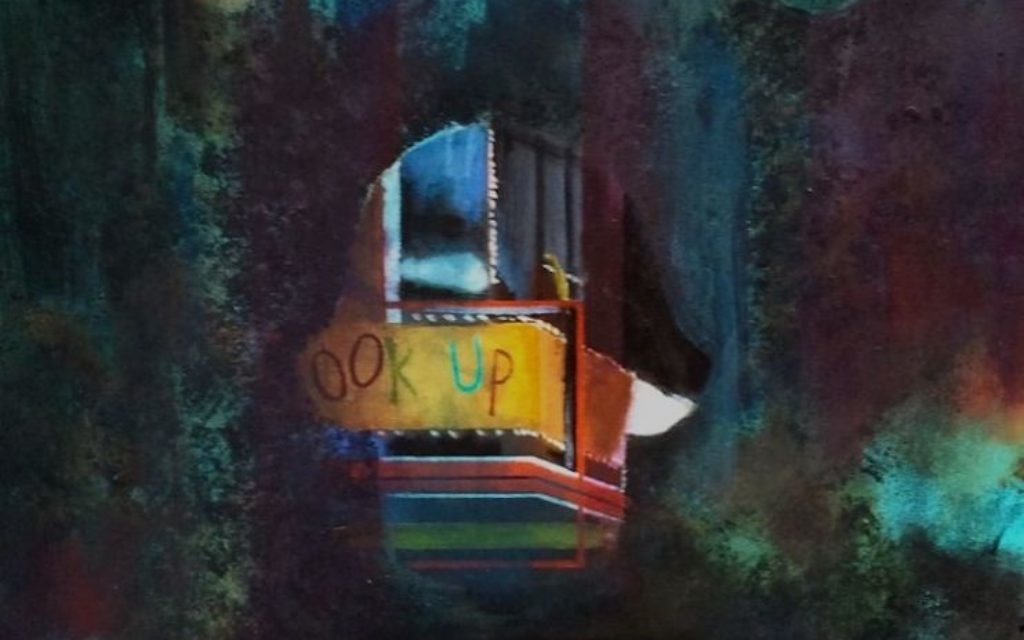 Tribeca’s Synagogue for the Arts, which is an architectural masterwork itself, is hosting a new exhibit in its downstairs gallery space, featuring work by Yona Verwer, a Dutch-born, New York-based artist and Heather Stoltz, also a New York artist. Each looks to the topic of vulnerability in New York City.

Verwer, co-founder and co-president of the Jewish Art Salon, a group of artists, curators and critics focused on the Jewish art world, curated the exhibit in addition to showing her own art.

In “City Charms,” which was begun following the September 11th attacks, amulets invoke protection for New York buildings, particularly those on terror watch lists. “Temple Talismans,” a companion project, focuses on protecting at risk synagogues from harm. Verwer was inspired by the zodiac murals (known as mazalot) found in Lower East Side Synagogues to create these paintings. Her canvases are saturated with color and rich with symbols, amulets and mythical signs.

Stoltz, was named to The Jewish Week’s “36 Under 36” in 2012. The textile pieces in “Sewing Stories” deal with the topics of homelessness in New York as well as women in the bible. Her women-focused works are reminiscent of Judy Chicago’s “The Dinner Party, “now on view at the Brooklyn Museum, though Stoltz focuses on biblical heroines. She compiled these stories and images of homeless people and her corresponding artworks into a book, Temporary Shelter: An Art Installation about Homeless New Yorkers, published two years ago ( available online).


“City Charms” and “Sewing Stories” are on display through November 30th at the Synagogue for the Arts, 49 White Street in Manhattan, Viewing is available by appointment with the synagogue, (212) 966-7141.

Caroline Lagnado is an arts writer in New York