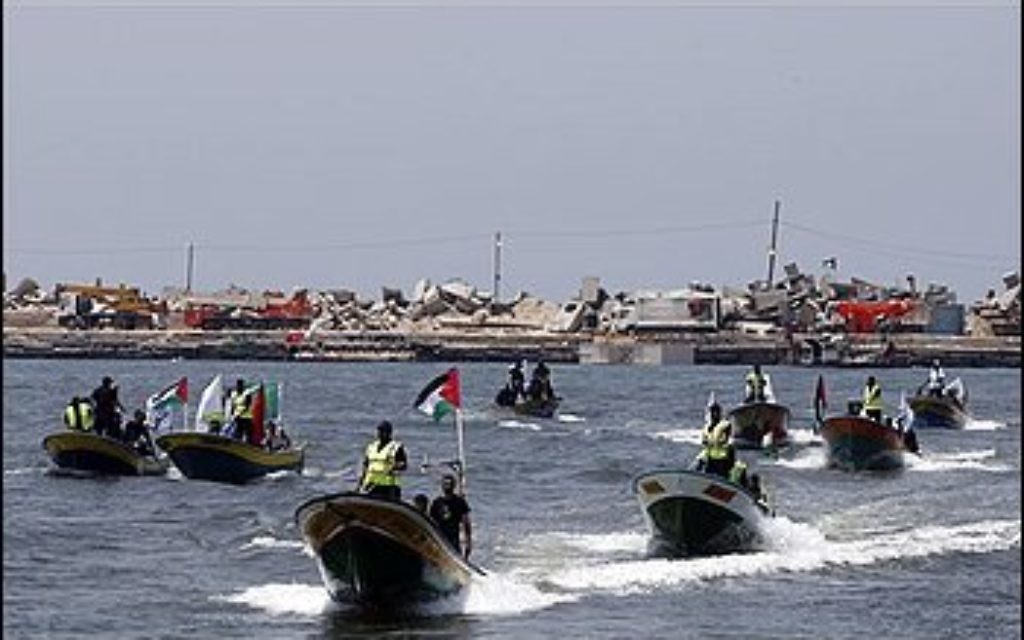 Beinhart’s essay has of course drawn much criticism and debate within the American Jewish world, both from the right and the left.

Perhaps the best way to see the divide in the American Jewish community over Israel is to look at the dissemination of information and the debate on the Web today following the IDF raid of the Mavi Marmara and other ships in a flotilla traveling to Gaza.

Here’s what happened today: American Jews woke up this morning — a vacation day from work and school in commemoration of Memorial Day in the U.S. — to learn that Israeli commandos raided a Gaza aid flotilla, killing nine and injuring dozens of others. Since American Jews didn’t head to work this morning, there was no water cooler at which to debate the issues. Did the Israelis act in self-defense? Who struck first? Was the flotilla carrying humanitarian aid workers or political demonstrators? Did the men on the flotilla have guns and knives or was it a peaceful transport to Gaza? Were the IDF soldiers stabbed and beaten when they boarded the ship? Did the crew of the Gaza flotilla try to lynch the Israeli soldiers?

So, with no water cooler by which to stand, no office coffee to share, and no bus on which to commute, American Jews took the debate to Twitter. On the social media site users tweeted their latest discoveries from their choice online news networks. With links from Fox news, the Jerusalem Post, the New York Times, etc., Twitter users included hashtags featuring the newly popular term "flotilla" — from the Spanish, meaning a small fleet of ships — and voiced their opinion on the controversial event. Some pro-Israel tweets included the hashtag #freedomflotilla with the word "not" included parenthetically.

Some users of the microblogging service complained that Twitter apparently censored the #flotilla hashtag in discussions about the convoy deaths. Charles Arthur at the Guardian explained that Twitter didn’t censor the #flotilla hashtag. Rather, as #flotilla began trending, users started using the #freedomflotilla hashtag in its place. Also, as Mike Butcher at Techcrunch points out: "This surely was a case of anti-spam filtering [as] there had already been a "flotilla" story in the past week – the anniversary of Dunkirk (for non-Britons: a dramatic rescue during the second world war of British and French troops from the Dunkirk beaches by small craft). And Gaza is frequently topical. So Twitter’s anti-spam algorithms – that is, the machines – likely decided that this was a spam attack trying to piggyback on old hashtags, and pushed the "#flotilla" hashtag out of the trending topics.

In addition to Twitter, YouTube also figured as a prominent player in today’s Flotilla debates. Tweets sent readers to the YouTube site to view videos from both sides of the attack — there was footage taken by the Israel Defense Forces of the Mavi Marmara Passengers Attacking IDF Soldiers as well as video footage from Al Jazeera of Israeli troops storming the Gaza flotilla after the white flag was raised.

On this lazy Memorial Day Monday morning in the U.S., Americans had no where else to go other than the Web with their views on the situation in the Middle East. Perhaps this virtual debate over the flotilla attack is the best litmus test for Beinhart’s assertion of how American Jews connect (or don’t) with Israel.