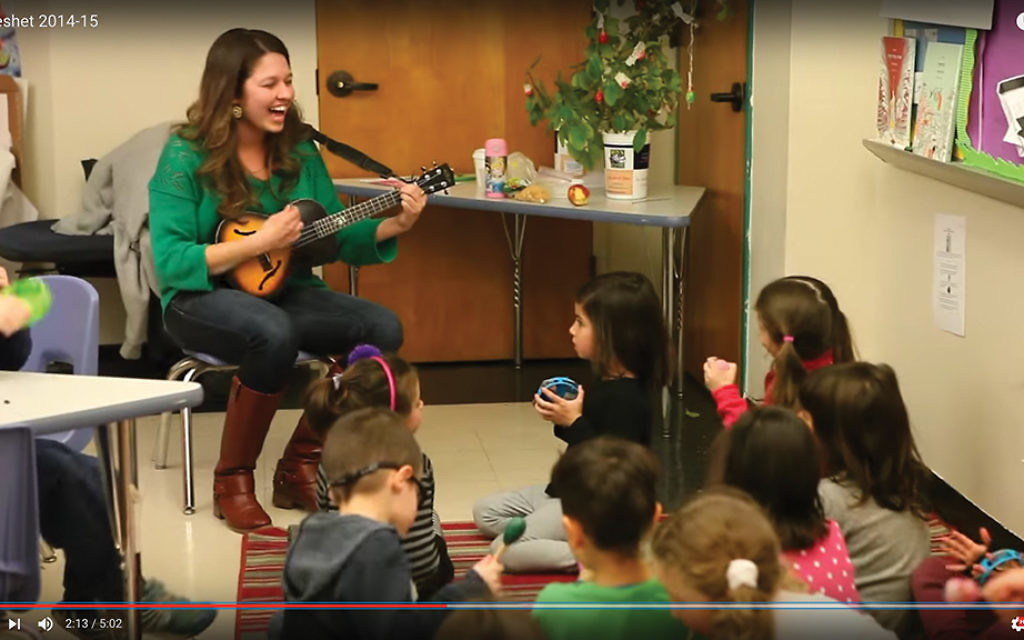 Is it really happening? Are Israeli-Americans, the longtime refuseniks of Jewish-American institutional life, finally coming to shul?

The answer today is yes, at least in the physical sense.

For several years now, some synagogues around New York have been independently hiring Israeli directors to develop the kind of Hebrew-centric, culturally relevant programming that would lure Israeli-Americans. Their efforts have been hugely amplified by the work of the juggernaut Israeli-American organization IAC (Israeli American Council), which for the past two years has been conducting its own programs in partnership with synagogues, with the specific aim of getting Israelis to physically walk into the building. It’s safe to say that today most Israeli-American cultural life, from kids’ activities in Hebrew to holiday parties, takes place inside synagogues. So you can lead an Israeli to shul, it seems — but can you make him drink?

Mount Sinai Congregation, a smallish egalitarian synagogue in Downtown Brooklyn, has seen a dramatic increase in its Israeli presence over the past two years. Besides running its own Hebrew and Israeli culture program for kids, called Shimshonim, it has been hosting the IAC’s Keshetot program for Hebrew-speaking toddlers. Every Saturday morning a dozen or so Israeli families participate. Afterwards, some stay for the communal kiddush (or as they refer to it, the free lunch), and strike up conversations with the congregants. Connections form; sometimes a Keshetot family will show up for synagogue events or holidays.

Mount Sinai’s Rabbi Seth Wax recalls when two Israeli tots escaped their Keshetot classroom and began wandering around the sanctuary, asking him questions. “We ended up opening the Aron [ark] and looking at the Sifrei Torah, touching them, talking about them,” he said. “This may be a common thing in any kind of Hebrew school, but for an Israeli family that might not be interested in any kind of Jewish framework this was a moment of real engagement with the Torah, with a rabbi, with the Jewish community.”

Inserting Israeli programs into synagogues inevitably opens “new dimensions” for the participants, said Wax. But, tachlis, how many new Israeli members did it bring his shul? “None,” he replied. “Yet.”

Adi Brosh, an Israeli-American mother of two boys and a longtime Keshetot participant, has also found herself becoming inadvertently involved in synagogue life, staying for the post-class kiddush and the occasional event. She’s also a frequent attendee of B’nai Jeshurun’s musical Hebrew Kabbalat Shabbat program, Shishi Israeli, and participates in many of its holiday parties. But between that and becoming a synagogue member, she says, there’s still a long way to go.

“We’d like to, we’ve been thinking about it, but we still didn’t find something that fits,” she explained. Even with everything that’s going on, Brosh said, “It’s still hard to find a synagogue that can combine both cultures [the Jewish-American and the Israeli ones] because they are just so different. We have very different needs.

“I’ve been here for 19 years,” she continued, “and I still can’t understand the differences between all the denominations. “But maybe now [that Israeli programming is available] I don’t have to anymore.”

Another Keshetot parent, who asked that his name not be used, stressed the cultural gaps.

“It still feels weird to me that I’m bringing my kids into a synagogue on a Saturday. I would never do this in Israel.” He added that while he is very pleased with the Keshetot program, the sound of prayers coming from the adjacent sanctuary sometimes makes him feel, “I don’t know, a little uncomfortable.”

It’s a well-known axiom that Israeli-Americans don’t do shuls. Their reluctance stems from many aspects — from an immigrant’s natural social discomfort to Israelis’ very different perception of religion and Judaism. Coming from the Jewish state, most Israelis consider Judaism a national and cultural affiliation, rather than a religious one; coming from a state where one is considered either religious or not, most Israelis are confused by the idea of multiple denominations. Add to that the deep suspicion that comes from living under a top-down, state-enforced religious system, and you have an aversion towards religious establishments that’s hard to fix. This issue has blocked Israeli-Americans from integrating into Jewish American life for decades, and according to the 2013 Pew survey, has led to high levels of assimilation among their second and third generations.

“Israeli-Americans were looking for a framework to experience both their Jewish and their Israeli identities,” explained B’nai Jeshurun’s Rabbi Roly Matalon. “But they feel foreign in the synagogue, so they look to explore it in a context that’s culturally familiar.”

Every couple of months BJ conducts a cultural, bilingual Kabbalat Shabbat, drawing dozens of Israeli-Americans and American-born Jews alike. The evening was developed in close partnership with the IAC, which meant “negotiating every single word and acting to make sure Israelis would feel comfortable with them,” said Yehudit Feinstein-Mentesh, the IAC’s New York regional director.

“We had to be very careful never to let [Israelis] feel any kind of religious pressure,” added Rabbi Matalon. “They’ve been traumatized.”

It’s hard to pinpoint exactly when synagogues began acting on the understanding that to appeal to Israeli-Americans, they needed to create a framework centering on their Israeli, rather than Jewish, values. The seeds may have been planted as early as 2006, when the invention of Facebook allowed Israeli-Americans to organize and form groups, making their voice clear as never before. In 2009, membership in a Facebook group called Israelis In Brooklyn swelled into the thousands and began organizing activities for kids in Hebrew. Seeking a location and funding, as well as a bridge into the wider Jewish community, the group’s founder, IAC’s Feinstein-Mentesh, turned to Park Slope’s large Congregation Beth Elohim. The synagogue housed the group and supported its cornerstone programs, becoming a working model for the programs that followed.

The 2013 Pew survey underscored the danger of Israeli-Americans drifting apart from the larger Jewish community; determined to prevent this scenario, Rabbi Ammiel Hirsch of the Stephen Wise Free Synagogue launched Chofshi B’Manhattan, a comprehensive platform offering Israeli-Americans everything from High Holiday and Shabbat services in Hebrew to lectures on Israeli literature and cooking.

This turned from a budding trend into a well-oiled mechanism in 2014, when the kingpin of Israeli-American organizations, the nationwide IAC, opened its New York chapter. The organization took up funding many of the existing initiatives, added a bunch of its own, and partnered with synagogues to implement them throughout New York City. Today, Israeli-Americans in all boroughs have access to Israeli-centered programming in a nearby shul.

Feinstein expects that within a decade or so, the strategy of making synagogues into Israeli-American cultural hubs will reframe the dynamics between Israeli and American Jews — not only in New York but also across the nation. She sites the Shishi Israeli program (launched with the support of the Charles H. Revson Foundation), which is now being replicated in synagogues throughout Los Angeles, Las Vegas, Miami, New Jersey, and will soon launch in Washington and Seattle. “The changes we are seeing [in synagogue attendance] soon won’t be anecdotal anymore,” Feinstein predicted. “The numbers are about to change. … This is getting big.”

So far neither B’nai Jeshurun, Stephen Wise or Mount Sinai have seen a change worth mentioning in their Israeli membership. Sarit Ron, the Israeli program director of Stephen Wise’s Chofshi B’Manhattan, said, “Anybody who knows Israelis knows not to hold their breath for them to pay for membership.” Given enough time, though, the distinction between voyeur and congregant becomes academic.

“You know when I knew this was working?”said Ron. “I heard this little girl, whose parents go to Chofshi B’Manhattan, ask them ‘to go to our synagogue.’”

“Honey, we don’t belong to a synagogue,” said the parents. “Of course we do,” she replied, perplexed. “We go there every week!”