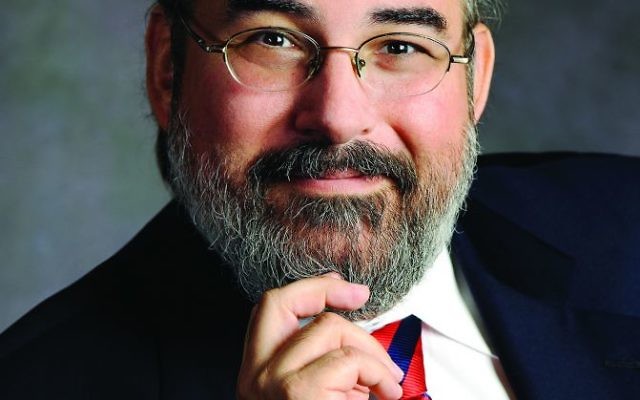 How many times have you said or heard the phrase, Shanah Tovah? Even if you limit your response to this holiday season alone, I bet it’s dozens, if not hundreds, of times, and if you think about a lifetime of use, we are probably getting into the thousands. That’s a lot of good wishes — both received and offered. But what are we really wishing each other with those two little words?

Shanah Tovah is often translated as “Happy New Year” — Never a bad thing to wish someone else, or to work toward in our own lives, but not the most precise translation. More accurately, Shanah Tovah means a “good year,” but this column is not about the difference between happiness and goodness, as interesting as that might be given that happiness is more actively wished for and prayed for then anything, including good health.

Shanah Tovah, you see, can also be properly translated as “year of favor” or “year of kindness,” as in “do me this tovah, this favor, this kindness.” And this year, our ability to think about creating a year of kindness is feeling especially urgent.
In a world increasingly divided by bitter battles over who is correct, it has never been more important to make sure that at least somewhat more often, kindness triumphs over correctness.

Be it politics, relationships or pretty much everything else, none of us is ever more than a mouse click away from access to all the data we need to “prove” that we are correct, and often, there are already tons of people who share our view — pretty much whatever it may be. With so much correctness powering us, it’s often hard to give kindness it's due, and we are suffering with the result.

Now imagine letting kindness win out over correctness, just a little bit more often, and what that could do for the year ahead. That is not simply my hope for 5777; it is, according to the Talmud, (B’rachot 7a) God’s prayer as well. So what exactly does God pray?

This is not some namby-pamby prayer in which it’s all good and sweet because everything is really just fine, or we choose to pretend that it is. This is no Kumbaya moment. That, apparently, is not how God prays, which is good because it is often not how life works.

As this prayer makes clear, even for God, as it often is for us, anger is part of the deal, as is the impulse to be harsh. So too is the need to acknowledge the relationship we are in, and how it creates a balancing context for those first two emotions. And most important of all, God prays to go beyond the letter of the law.

It’s not that law is unreal and unimportant. Clearly it is quite real and very important, and as this prayer indicates, it must be acknowledged. We can debate what the laws should be, and how they should be practiced, but without some system and some norms, we really would be in trouble. In fact, without law, we would be lost. But, as God’s prayer suggests, with only law, we would be just as lost.

There is something beyond the law, beyond the rules, beyond getting things right and beyond being correct. There is a place to which even God aspires to get — the place beyond the letter of the law. This the place where kindness triumphs over correctness, and the place from which we could begin to do far more than simply wish for a happy, or a good, new year.

There will, of course, always be some version of “the letter of the law” — in every part of life — that will keep us fighting with those who see things differently than we do. Going beyond the letter of the law, as even God prays God will do, letting kindness win out over correctness at least a little more often, and sharing that kindness with others, changes everything. It not only heals relationships, but, according to the latest research in neuroscience, actually brings increased happiness to one who does such kindness.

We can actually turn God’s prayer into our lived lives. Imagine those words from the rabbis; not only as God’s prayer, but also as a model for building the year ahead and discovering more of the happiness, purpose and meaning we all seek. It’s actually not so hard to do.

As you welcome in this New Year, take a moment to consider whom you wish would follow God’s lead and choose kindness over correctness in their dealing with you. Now consider for whom you could do the same. Think about where being right, as important as that may be, divides us from one another, and when being kind or doing someone a favor could help close that gap, whether they “deserve” it or not.

God’s prayer could be each of our lived lives, and if it were so, even a little bit more often, we could give ourselves, each other and the world a Shanah Tovah. n

Rabbi Brad Hirschfield serves as president of Clal – The National Jewish Center for Learning and Leadership, and is the co-founder and executive editor of TheWisdomDaily.com.