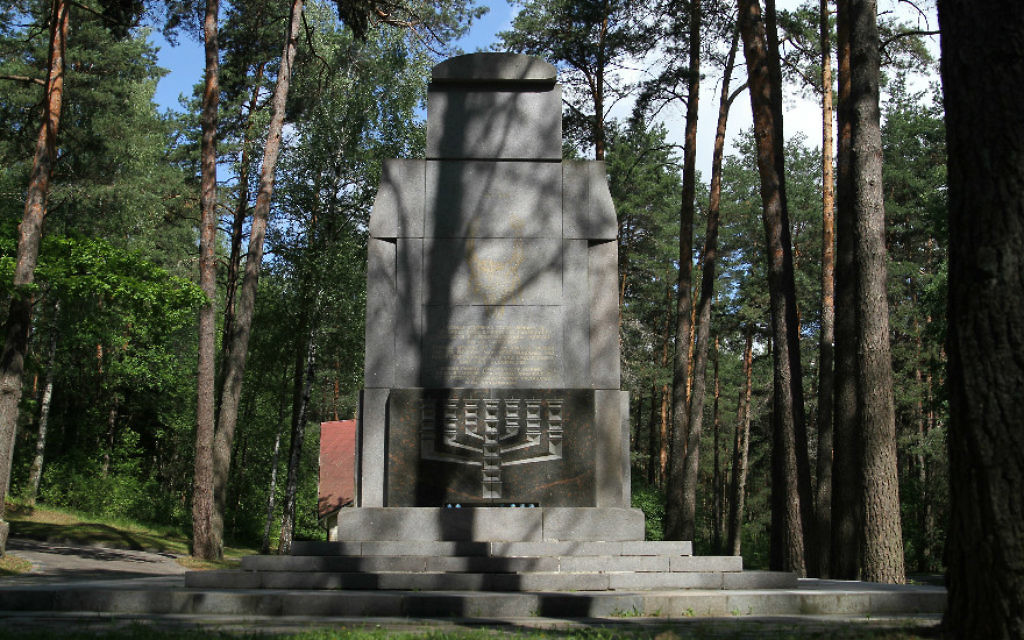 Jerusalem — A tunnel in Lithuania used by Jewish prisoners to escape the Nazis has been uncovered by an international research team near Vilnius.

The Israel Antiquities Authority in a statement Wednesday announced the discovery of the 100-foot-long tunnel at the Ponar Forest massacre site.

Along with the Israel Antiquities Authority, the tunnel was found through the efforts of the University of Hartford, Advisian, the Vilna Gaon State Jewish Museum and the PBS series “Nova.”

Some 100,000 people, of whom 70,000 were Jews from Vilnius and the surrounding area, were massacred and thrown into pits in the Ponar forest near the Lithuanian capital during World War II. With the retreat of the German forces on the eastern front and the advance of the Red Army, a special unit formed in 1943 was tasked with covering up the tracks of the genocide. In Ponar, the assignment was given to a group of 80 inmates from the Stutthof concentration camp.

At night the prisoners, whose legs were shackled, were held in a deep pit previously used for the execution of Vilnius Jews. During the day they worked to hide the mass graves and burn the corpses.

Some of the workers decided to escape by digging a tunnel from the pit that was their prison. For three months they dug using only spoons and their hands.

On the night of April, 15, 1944, the prisoners cut their leg shackles with a nail file, and 40 of them crawled through the narrow tunnel. They were quickly discovered by the guards and many were shot. Some 15 managed to cut the fence of the camp and escape into the forest. Eleven reached the partisan forces and survived the war.

After World War II the location of the tunnel was lost; several attempts to find it were unsuccessful.

“As an Israeli whose family originated in Lithuania, I was reduced to tears on the discovery of the escape tunnel at Ponar,” Jon Seligman of the Israel Antiquities Authority said in the statement. “This discovery is a heartwarming witness to the victory of hope over desperation. The exposure of the tunnel enables us to present not only the horrors of the Holocaust, but also the yearning for life.”