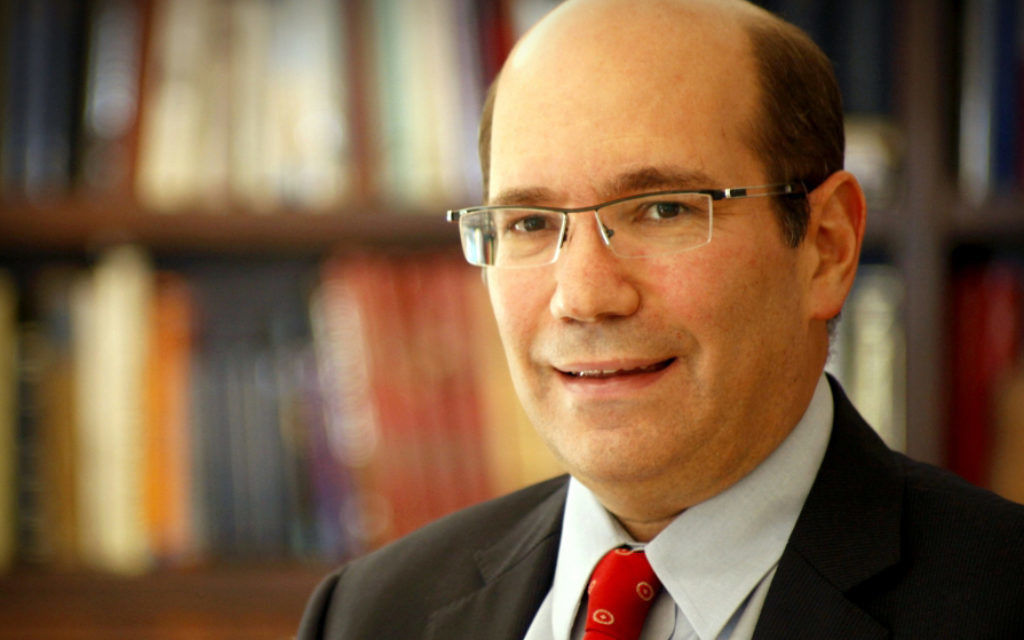 I live in Jerusalem but planned to spend this semester in America, launching my new book. But with a wife, four kids, many friends and 8 million targets, Jews and Arabs, in Israel, how can I rest easy away from home? Instead, I am crisscrossing the Atlantic “pond,” acting as if I hold the United Airlines Chair in American History, returning home whenever I can while fulfilling whatever book tour commitments I can.

Typically, I wake in New York or Washington and jog, often traversing once-crime-ridden areas that have become safe. Even if the one constant is change, the vector can go up or down. This reminds us, especially in young dynamic Israel, that things can improve or deteriorate.

Jerusalem’s “new normal” involves staring at men’s midsections. Those packing pistols or clutching iPhones are safe. Then, no matter how liberal you are, no matter how much you cherish coexistence, you examine passing faces and “racially profile” — although it’s more a national and psychological assessment.

This is the Jerusalemite’s Dilemma: how to keep this diverse, safe, multicultural city friendly when menaced by murderers from one particular group? Political correctness cannot trump safety, but how can we prevent terrorists from spreading the cancer of mistrust that breeds more terrorism?

And what do we tell our children? My 13-year-old daughter has now had the experience of being in a classroom that turned hysterical when word spread that Palestinian murderers attacked the bus a dozen of her classmates took that morning, killing three people. My 15-year-old son has now had the experience of hearing warnings that a terrorist was caught trying to enter the mall that houses the gym where he works out. Our family is debating how bad does it get before you send the dog to a friend’s moshav so we don’t have to walk him at night? What do we teach our kids about tolerance when many on the other side cheer these crimes and sing “Stab, Stab”? How do we explain why our kids and their friends are targeted during the most innocent activities?

Ultimately, we trust our resilience to save us. Surprisingly, even armed with my pepper spray in the pocket of my jogging shorts, the situation starts feeling normal. Israel’s everyday heroes maintain routines. Initially, I was so conscious of my pepper spray, it felt like I was carrying around a fire hydrant. A few days later, I had so adjusted, I forgot I had it and got busted at airport security. (I smiled apologetically, saying, “Ani Yerushalmi,” “I am a Jerusalemite.” The security person smiled back — but confiscated it).

Characteristically, resisting terrorism brings out a remarkable Sabra sweetness beneath Israelis’ occasionally prickly exterior. People are looking out for one another, boker tov-ing and erev tov-ing frequently and warmly, as “good morning,” “good evening” become code words for “I’m no threat.” We’re all acting like concerned parents, being extra vigilant when kids cross in front of our cars, offering more people rides, looking out for one another. We’re also hugging our kids more tightly, more frequently, appreciating our health and the passing of another boring day more consciously, living life a bit more intensely.

That yearning for extra mass-parenting is widespread. I asked an Arab mechanic friend whose garage is next door to my daughter’s ballet studio to keep an extra eye on all the girls. His response: “Gilly, tell them that here, I’m like their abba.”

Israelis’ sweet vulnerability makes us deeply grateful for kind gestures from abroad. When I suggested on Facebook that Israel’s supporters order takeout from now-empty Jerusalem restaurants to deliver to now-overworked police officers and border police, the enthusiastic response overwhelmed me. (I’m not yet desperate enough to ask people to buy my book as a solidarity gesture, given my compressed time in America, but more desperate times might call for more desperate self-promotions.) All these campaigns and concerned e-mails from friends help tremendously. On the other hand, the silences, the finger pointing against us (although we’ve been targeted), and the radical Jews using this moment to denounce Israel, hurt disproportionately.

As we hunker down in our homes, I still cherish the ideal of the normalized Jerusalem I experienced just last month. That’s when the Abu Tor multiplex cinema opened, linking our neighborhood with an Arab neighborhood, luring us all with Hollywood trash.

My first jog back home in Jerusalem, the only two Arabs I encountered were a young man and a woman with a hijab, necking in Yemin Moshe park, against the Old City’s stunning backdrop. Behind them was a sculpture I have passed hundreds of times and never noticed. The sculpture’s gold, reflective metal had these beautiful, sensual curves paralleling this intertwined couple’s curves. I marveled at this symbol of peace — then laughed the next day when I jogged passed the same sculpture and discovered that it commemorates the Etzioni Brigade’s fight for the Old City in 1948.

Jerusalem dances constantly between the past and the present, between peace and war, between the normal and the exceptional. I challenge the small minority of murderous Arab neighbors to describe what kind of city they want. And I applaud the rest of us for taking exceptional efforts to keep the peace, staying sane and normal.

Gil Troy is the author of The Age of Clinton: America in the 1990s, just published by Thomas Dunne Books of St. Martin’s Press. A professor of history at McGill University, he is a visiting scholar this fall at the Brookings Institution in Washington, D.C.