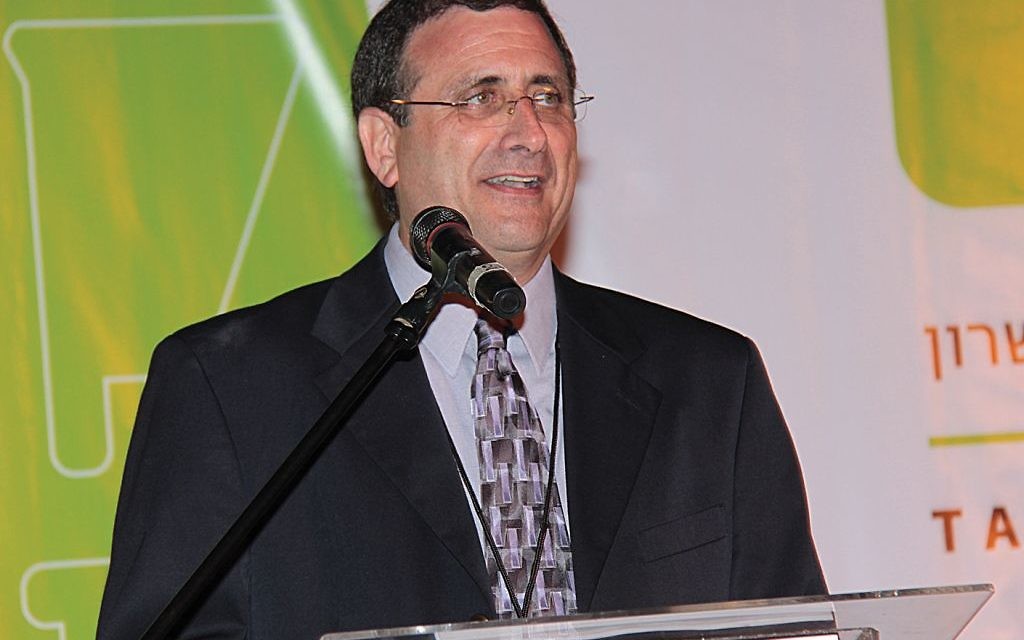 Jerusalem — In late October residents of Ramat Hasharon, a city of 48,000 people northeast of Tel Aviv, celebrated the groundbreaking of a park with an “inclusive playground” that will be accessible to all, including children and adults with disabilities.

The park will also provide educational programs and activities focused on tolerance and acceptance of others.

The funding for the park and playground will come from a variety of sources, including Takdim: The Ramat Hasharon Community Foundation.

Launched two years ago, Takdim is the first and only Israeli nonprofit based on the North American Jewish federation model. Just as the federations in the U.S. raise money from American Jews, the Israeli model — which is receiving mentoring but no funding from American federations — is enlisting Israelis to fund their own projects and thereby increase their vested interest in local matters, and reduce dependence on overseas donations.

Eliezer Jaffe, co-chairman of the Center for the Study of Philanthropy in Israel at the Hebrew University of Jerusalem, said Israelis could be giving much more money to local causes.

“Israelis who have money — and there are more and more of them — have not yet come to the plate in their full capacity as philanthropists. There is a lot more money coming from abroad.”

One of the reasons, Jaffe said, is Israeli tax law: when an Israeli donates money, only 35 percent of the donation is tax deductible. That, coupled with Israel’s relatively unsophisticated fundraising infrastructure, has contributed to the lag in philanthropy.

Jaffe said that Takdim and other organizations have a great deal to learn from the federation system.

“Federation campaigns are very focused on individual [donors] they know about and based on annual giving. They’ll have Sunday phone-a-thons as well as face-to-face solicitations. People who give money go out and solicit among their colleagues and friends,” Jaffe said.

Arik Rosenblum, Takdim’s American-born managing director, said the foundation was created by a group of local activists hoping to create a mechanism for community-wide philanthropy “based on mutual responsibility.”

Since its launch in 2011 it has raised more than $600,000 that will help fund three projects in Ramat Hasharon as well as a project with a national reach.

In addition to the park, Takdim is supporting a social entrepreneurship program for youth: teaching them to scrutinize their community, identify the things that are missing, and, with support and training, to find ways to fill the gaps.

The young leadership project being funded by the foundation will do an extreme makeover of a youth center in the city that is attracting just 80 young people, despite space for many more. The 25- to 40-year-olds will work alongside the city’s teens to rebrand the center to attract more youths, and will also learn how to raise money for the project.

The fourth project, which will be national in scope, will be chosen after interested Ramat Hasharon residents go on fact-finding missions to various communities around the country, just as donors to American federations tour Israel.

Rosenblum said that Takdim’s goal is to “help build and strengthen the life of the community as well as other places in Israel and ultimately the Jewish world. Were based on the basic concept of self-help, that we need to learn how to contribute not just our volunteer time but our individual resources.”

In the course of its outreach to potential donors, Takdim uses the words “social involvement,” not “donation,” because “what we’re building is social empowerment,” Rosenblum said.

He said Takdim adopted the federation model because the U.S. system is professional: it utilizes quantitative tools to set and meet its goals.

Like the federations, he said, the foundation “does surveys, research, mapping. We have a planning and allocation committee. We choose projects and then fundraise for them and check on the direction the project is taking. Nothing is based on gut feelings.”

Rosenblum said that Ramat Hasharon was a good place to launch Takdim because it is a “strong” city with many high-earners, including several from the entertainment industry, and a strong sense of community.

Unlike development towns, he said, the city “isn’t a likely candidate to receive donations from abroad. Nor should it be.”

Although the foundation has benefited from great generosity, Rosenblum said, “we’ve also been battling the mindset in Israel that we as citizens do too much already. We serve in the army, in the reserves. We pay one of the highest rates of income tax in the modern world.”

A lot of Israelis also fear that if the nonprofit world provides basic services, “we’re sending a message to local government that it can step out of doing what it needs to do,” the managing director said. “We’re coming and saying, ‘There is so much to do, there is a place for us as well as the government, not instead of the government.”

Along with the mentoring help offered to Takdim by some local American federations, several federation officials, including those from New York’s, sit on the foundation’s advisory board. “Their mission is to help us succeed and help us encourage other communities to replicate the model,” Rosenblum said.

Although more and more people are beginning to understand what Takdim is trying to achieve and why, Rosenblum recalled how, during a Super Sunday-style event, some of the Ramat Hasharon residents who were called said, “’Don’t we pay enough in city taxes? Why should we pay for something that’s the municipality’s job?’”

“There’s a learning curve,” he said.