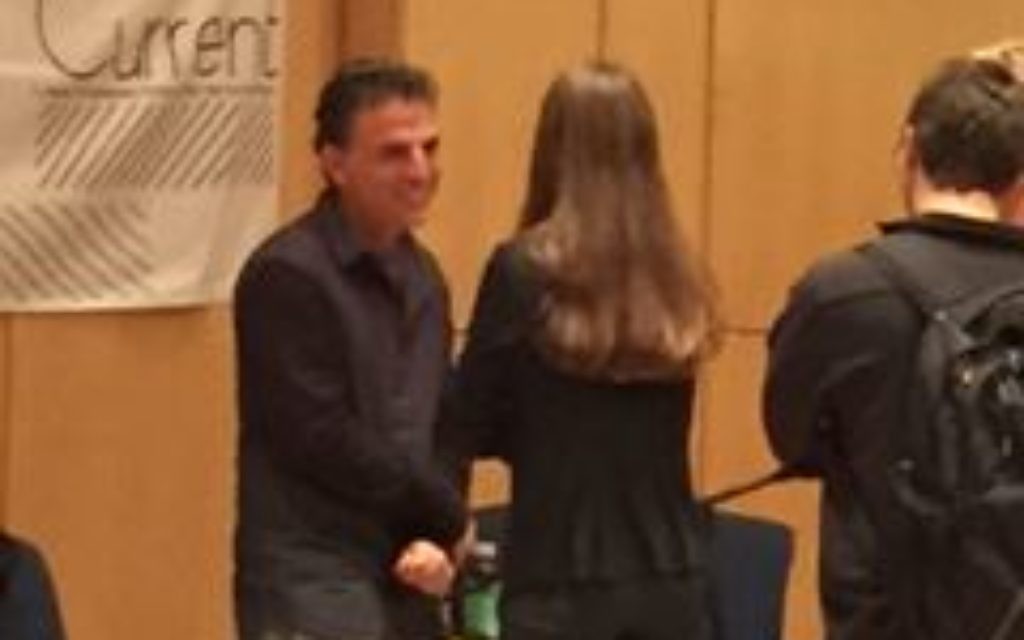 Israeli writer Etgar Keret has published his new memoir in Japanese, Persian, Turkish, Slovakian and English. But as he explained at Columbia University’s Kraft Center earlier this week, he decided not to publish the book in Hebrew out of sensitivity for those he writes about.

“The Seven Good Years” documents the seven year stretch between his son’s birth and his father’s death. He spoke about the memoir at a program sponsored by The Columbia Review, Columbia/Barnard Hillel and The Current, a Columbia journal of contemporary politics, culture and Jewish affairs, in conversation with literary critic, author and professor Adam Kirsch.

Most notably a fiction writer, Keret previously thought writing non-fiction to be slightly dull because the story is pre-existent, whereas writing a fictional story is entirely the author’s invention. However, through this first work of non-fiction, Keret discovered the magic in reflecting and writing about real stories that have so many different ways to be told.

Keret began the evening reading two stories, one, an excerpt from his memoir in which he finds himself playing “Pastrami” with his son in order to get him safely on the ground during an air raid. This game entailed his wife lying directly on the ground, with his son on top of her and Keret on top of him. His son loved this game so much that he feared there would not be another air raid and therefore no other opportunity to lie safely between his parents.

With humor and charisma, Keret expressed to the 240 audience members his love for his family and for those he writes about. As he said, “Writing is a way to project love.”

Miriam Lichtenberg is a student at Barnard College.