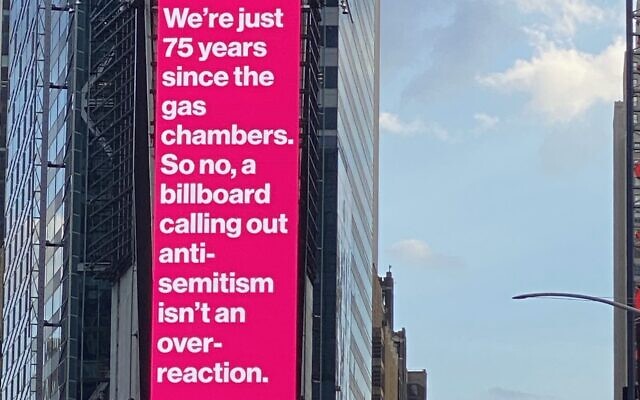 An advertisement in Times Square is part of the nonproit JewBelong's campaign to fight antisemitism. (JewBelong)

Good morning, New York, and happy July. Mazel tov to all the parents dropping off their kids at summer camp.

A street and shopping plaza in Woodmere, Long Island were named after former resident and U.S. Ambassador to Israel David Friedman.

Republicans in the state Legislature introduced a bill to establish a Special Legislative Task Force to Combat Antisemitism. Nassau County’s Arnold Drucker is leading the effort.

Read our colleague Ron Kampeas’s report from Surfside, Florida, where local Jews are doing what they can to comfort families awaiting the grim news from the site of the condominium collapse.

Rep. Ilhan Omar (D-Minn.) has sparked a fresh round of criticism by telling CNN that her Jewish Democratic colleagues who call her antisemitic “haven’t been partners in justice.”

THE VIEW FROM CAMPUS

Jewish college students are standing up for Uyghurs, the repressed Muslim minority in China. “As a child, I rarely doubted that, one day, I would have to speak out against genocide,” writes Avi Ackermann, a college sophomore, in a column for our The View From Campus series. 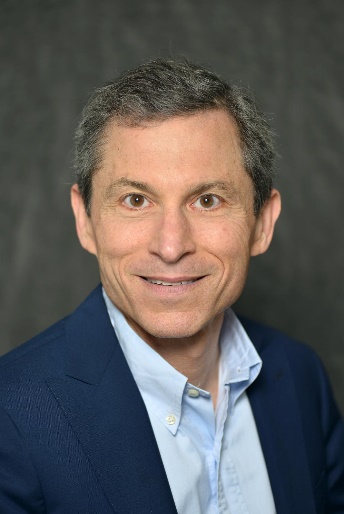 David B. Edelson is the new chair of the Board of Governors of Hebrew Union College-Jewish Institute of Religion. He succeeds Sue Neuman Hochberg. Edelson, the senior vice president and chief financial officer of Loews Corporation, is the former board president of NYC’s Central Synagogue and is currently president of the Board of Trustees of New York’s Jewish Board of Family & Children’s Services.

Rebecca Guber was named founding director of The Neighborhood: An Urban Center for Jewish Life, an arts-forward community center being planned for Central and Northern Brooklyn. Guber, who starts today, was director and founder of Asylum Arts, and previously the Founding Director of the Six Points Fellowship for Emerging Jewish Artist. The Neighborhood, which is looking for a permanent home, is being kicked off with private donations and an initial grant from UJA-Federation of New York.