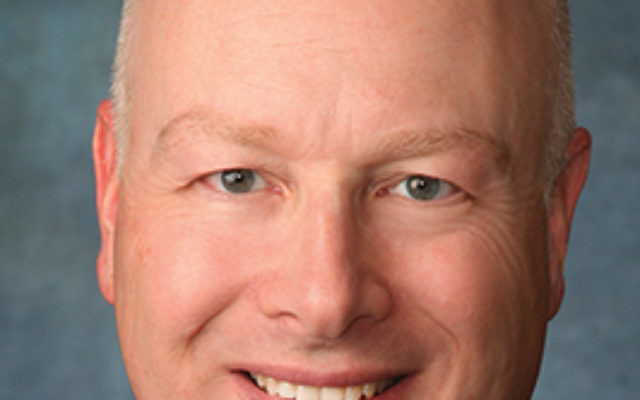 With Hillary Clinton aiding him as the self-proclaimed “designated yeller” at Israel’s leaders, President Obama has spent the last seven and a half years placing enormous pressure on Israel to make unilateral concessions to a Palestinian leadership that foments terrorism and glorifies the murder of Jews. This administration coddles America’s adversaries while antagonizing our allies. ISIS is terrorizing the world and establishing bases on Israel’s doorstep, throughout Europe and elsewhere around the world. It is no wonder that pro-Israel Americans — Jews and non-Jews — are yearning for a strong, principled leader. Yet Jewish Week editor Gary Rosenblatt seems perplexed as to why many American supporters of Israel prefer Donald Trump (“Israel-Firsters Seen Edging Toward Trump,” July 1).

I respect Mr. Rosenblatt’s passion for Judaism and Israel, and I appreciate the role of The Jewish Week in our community. However, an honest assessment of Mr. Trump’s views will reveal why Mr. Rosenblatt is misguided and unfair in his portrayal of Mr. Trump. In addition, by attributing Mr. Trump’s broad appeal to “our celebrity driven culture,” Mr. Rosenblatt marginalizes the priorities and concerns of more than 14 million Trump voters.

It might surprise Mr. Rosenblatt to learn that Donald Trump, too, shares a strong affinity for the Jewish people and Jewish causes, particularly Israel. Having worked for Mr. Trump for almost two decades, I can attest to the depth of his knowledge on issues important to American Jews and his commitment to fighting for them as president.

Mr. Rosenblatt misses the point when Mr. Trump talks about enforcing the disastrous Iran deal, which gives this rogue state billions of dollars, to be used by Iran to arm terrorist groups committed to Israel’s destruction, among other things. Iran’s track record over the past 30 years is clear evidence that it is a pariah terrorist state that doesn’t fulfill its obligations. Mr. Trump will enforce the agreement by policing Iran and, in response to their near-certain anticipated breach, will hold Iran accountable.

In response to Mr. Rosenblatt’s statement that Mr. Trump “would take a neutral position on peace talks,” Mr. Trump’s use of the word “neutral” is informed by his practical experience and business acumen, and is not an indication that he intends to ignore his dedication to Israel.

Mr. Trump has made a career out of completing complex transactions by being practical and, yes, neutral. Does that mean that Mr. Trump abandons his principles and suspends reality when negotiating? Of course not. But being neutral does mean creating an environment where two parties can work together in good faith in an attempt to achieve their goals together. Mr. Trump knows that a successful negotiation requires a real intent from both sides because a deal that is forced upon one party is a deal that is destined to fail.

No matter how passionate Mr. Trump’s commitment to Israel, and no matter the depth of his compassion for the people of Israel, if and when the Palestinian Authority is ready to come back to the negotiating table, no peace will ever be made if there is no effective facilitator to build trust and earn the respect of both sides.

I urge our community not to get stuck on sensitive buzzwords, because by listening to his full message they will learn that Mr. Trump understands that his value is in the role of a facilitator. A facilitator does not need to cast aside his principles, interests and beliefs to promote open and direct dialogue between the parties. As president, Donald Trump will stand unapologetically with Israel, and he will not exert pressure; instead, he will facilitate a dialogue by working to build trust and injecting a measure of reason into a very difficult situation. Mr. Trump’s approach will stand in stark contrast to that of President Obama and Secretaries Clinton and Kerry, who have failed to approach the issues honestly, fairly or neutrally.

To address another of Mr. Rosenblatt’s statements, yes, Mr. Trump believes our allies need to share in the financial costs of their military defense, but he has been clear that such financial burdens need not be shouldered by countries that are of critical strategic value and are on the front lines of the war against terrorism, like Israel, which is the only democracy and forward base against terrorism in the Middle East. The military cooperation between Israel and the United States significantly strengthens the United States military, and Israeli technological innovations protect American troops deployed in the Middle East.

With respect to Mr. Rosenblatt’s description that Mr. Trump was slow to distance himself “from the likes of David Duke and others who spout anti-Semitism,” Mr. Trump has refuted anti-Semitism, loudly and publicly. Why would Mr. Trump countenance the support of any Jew hater, when he is one of the most pro-Jewish, pro-Israel candidates ever to seek national office? The answer: He doesn’t. Never has, never will.

As Mr. Rosenblatt recognizes, it was Secretary Clinton who hugged and kissed the wife of Arafat, one of the most notorious terrorists of our generation. Yet Mr. Rosenblatt assures readers that “Mrs. Clinton has always professed support for the Jewish state.” Perhaps she has “professed” such support. But a growing number of Jewish voters are deciding that actions speak louder than words. The United States and her allies, especially Israel, will fare vastly better when we elect Donald Trump.

Jason Greenblatt is an executive vice president and chief legal officer of The Trump Organization, co-founder of www.inspireconversation.com and an adviser on Israel to presumptive Republican presidential nominee Donald J. Trump.