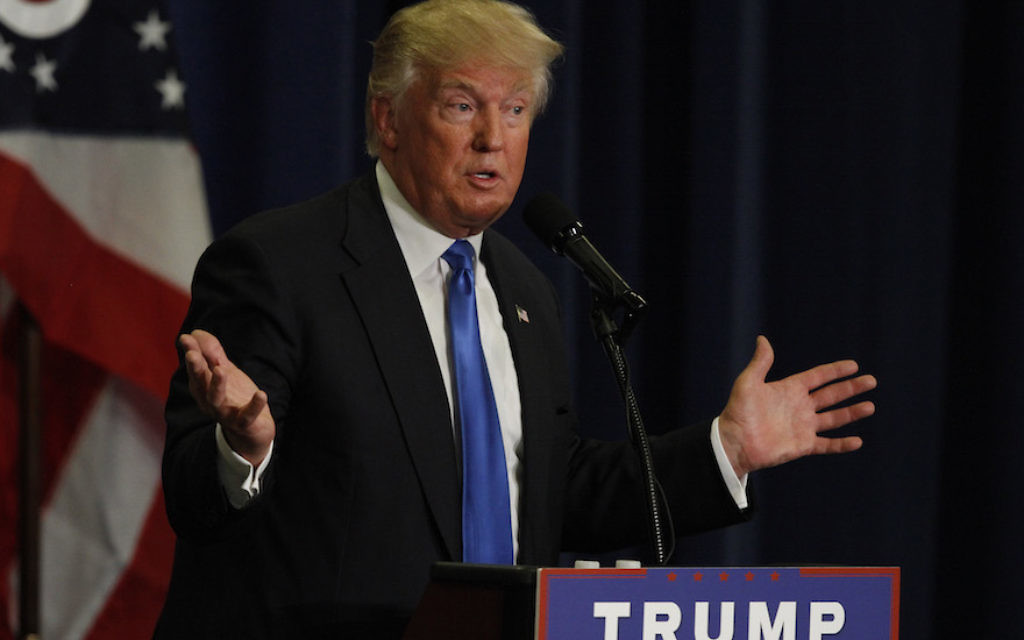 WASHINGTON (JTA) — Connecticut Gov. Dannel Malloy said Donald Trump’s suggestion that gun rights advocates could “do” something about Hillary Clinton recalled the incitement to violence reported in the months prior to the assassination of Prime Minister Yitzhak Rabin of Israel.

“I instantly thought about Rabin and Israel,” Malloy, a Democrat, said Tuesday on MSNBC. “There were rallies going on in Israel where ‘Death to Rabin’ was shouted and politicians didn’t respond, so I’m going to respond.”

Malloy’s remarks followed an address by Trump, the Republican nominee, at a rally in Wilmington, North Carolina.

“Hillary wants to abolish, essentially abolish the Second Amendment,” Trump said, referring to the constitutional right to bear arms. “By the way, and if she gets to pick her [Supreme Court] judges, nothing you can do folks — although the Second Amendment people, maybe there is, I don’t know.”

Clinton, the Democratic nominee, wants stricter gun controls, but is not opposed to the Second Amendment.

Trump’s campaign lambasted the “dishonest media” for misrepresenting his remarks as calling for an armed attack on Clinton or on the judges she names.

“It’s called the power of unification,” Jason Miller, a communications adviser, said in a statement. “Second Amendment people have amazing spirit and are tremendously unified, which gives them great political power. And this year they will be voting in record numbers, and it won’t be for Hillary Clinton, it will be for Donald Trump.”

“This is simple — what Trump is saying is dangerous,” her campaign manager, Robby Mook, said in a statement. “A person seeking to be the President of the United States should not suggest violence in any way.”

Supporters of Rabin and some of his critics said that politicians, including then-opposition leader Benjamin Netanyahu, did not speak out during rallies when some in the crowd called Rabin a traitor or likened him to the Nazis because of the peace talks he led with the Palestinians.

“This is insanity, it’s a sickness, it’s an evil, Republicans and Democrats and Independents have to reject this, we have to stand up to this, otherwise this insanity will play itself out in our own country,” Malloy said.

“By openly calling for violent action against his opponent, Donald Trump reached a terrifying and completely unacceptable new low,” Stosh Cotler, CEO of Bend the Arc, said in a statement. “His reprehensible comments are the dangerous outgrowth of months of veiled threats against immigrants, minorities, and the press. And his abhorrent remark violates the central principles of American democracy, including respect for the rule of law he claims to champion. Today, Trump’s resemblance to history’s fascist and authoritarian political figures just grew that much stronger.”