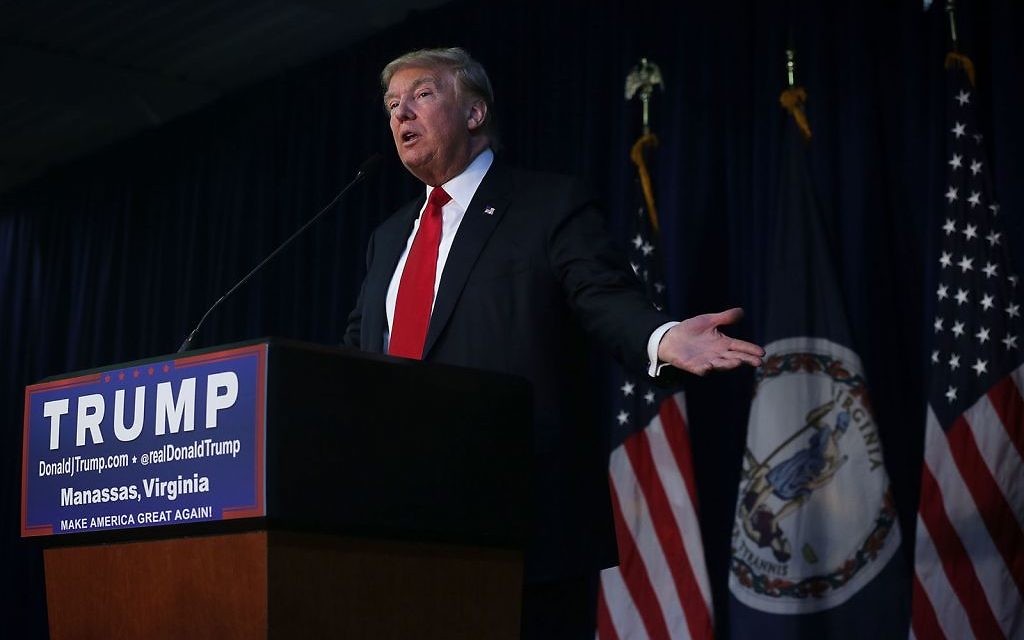 Trump made the announcement at a rally Wednesday evening in Virginia, the New York Times reported.

“I love Israel, and Israel is our real strong supporter,” Trump said in answering an audience member who asked about his support for Israel. He added: “I’m going to Israel, and I’ll be meeting with Bibi Netanyahu, who’s a great guy.”

Trump’s campaign did not confirm to the Times that its candidate had a trip scheduled. But an advisor to Netanyahu told the newspaper that a meeting had been arranged, though did not specify the date.

Republican presidential hopefuls Sen. Marco Rubio of Florida and Sen. Ted Cruz of Texas have met with Netanyahu in Israel.

In an interview with the Associated Press published Thursday morning, Trump said that if he is elected president he will know within six months whether he can broker a peace deal between Israelis and Palestinians.

He also questioned both the Israeli and Palestinian commitment to a peace deal.

“I have a real question as to whether or not both sides want to make it,” Trump said.

“A lot will have to do with Israel and whether or not Israel wants to make the deal — whether or not Israel’s willing to sacrifice certain things,” Trump said. “They may not be, and I understand that, and I’m OK with that. But then you’re just not going to have a deal.”

He said brokering such a deal would be a “really great achievement.”

Trump told the AP he planned to meet Netanyahu during a trip to Israel “sometime after Christmas, probably.”