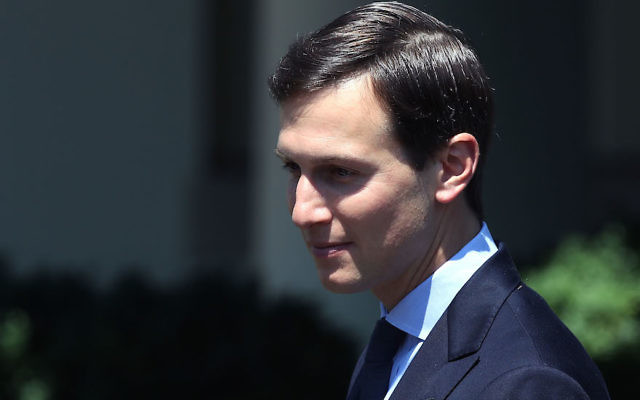 Federal investigators are looking into whether the Trump campaign’s digital efforts, which were led by Jared Kushner, aided Russia’s cyber attacks on Hillary Clinton’s campaign.

Members of the Justice Department and both the House and Senate Intelligence Committees believe the Trump campaign may have steered Russian cyber operatives to target voters in key states and voting precincts, McClatchy reported Wednesday.

The U.S. intelligence community widely believes that Russians hacked into the email accounts of multiple top Democrats and leaked thousands of their messages through WikiLeaks. Investigators are now scrutinizing whether Trump’s team helped the Russian hackers deliver fake news stories about Clinton — a notable one claimed she ran a pedophile ring at a Washington pizzeria — to voters at critical times during the campaign.

One unnamed source with knowledge of the probe said it was unlikely that Russian operatives would have known “where to specifically target” key voters.

Kushner has also come under fire in recent days for being implicated in a previously undisclosed meeting with Donald Trump Jr. and Russian attorney Natalia Veselnitskaya that The New York Times unearthed Saturday. Trump Jr. released a series of emails about the meeting in which he said he would “love” to learn of information that could have harmed the Clinton campaign.

Some Democratic senators are pushing for Kushner to give up his White House security clearance, the Guardian reported.

“Given the nature of the meeting, it stretches credibility to say he simply forgot it when he initially filled out his forms,” said Norm Eisen, President Barack Obama’s former ethics czar. “That puts him on the hook for false statements liability, possibly. At any rate, it increases his exposure.

“The pattern of omission by Mr. Kushner and others in Donald Trump’s circle of their Russia connections increasingly points to a consciousness of guilt.”