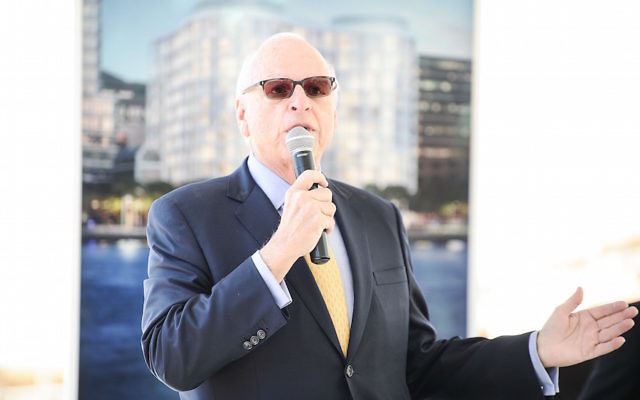 NEW YORK (JTA) — Howard Lorber, a businessman and longtime friend of Donald Trump, has been tapped to serve as chairman of the U.S. Holocaust Memorial Council.

The White House said Wednesday that President Trump intended to appoint Lorber, the president and CEO of the Vector Group, a New York holding company, and chairman of the real estate giant Douglas Elliman, to lead the council. The 68-year-old Jewish businessman served as an economic adviser on Trump’s presidential campaign and arranged for Trump to serve as grand marshal of New York’s Salute to Israel Parade in 2004.

“As the Holocaust recedes in time and the survivor generation begins to diminish, the museum’s work is increasingly urgent,” Lorber said Wednesday in a statement. “I look forward to helping the museum bring the lessons of the Holocaust to future generations.”

The museum’s governing board has 68 members, including presidential appointees, who serve five-year terms, along with senators and representatives and members of the education, interior and state departments.