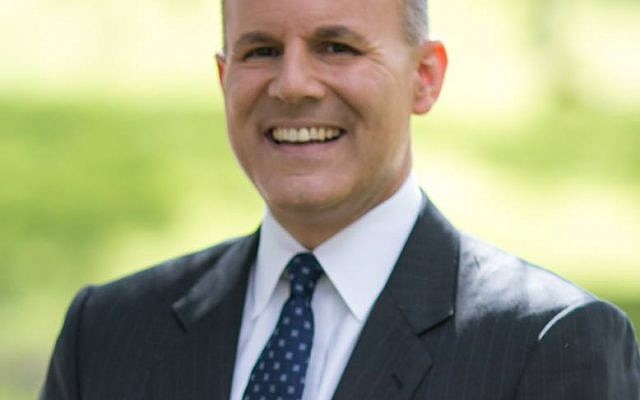 WASHINGTON (JTA) — President Donald Trump is set to name a Los Angeles prosecutor to be the State Department’s envoy for anti-Semitism, filling a post that sat empty for two years despite protests from lawmakers and Jewish groups.

Elan Carr, 50, is a U.S. Army veteran who served in Iraq and was national president of the Jewish fraternity Alpha Epsilon Pi. Trump will name Carr on Tuesday.

“We eagerly look forward to working with Carr, as his office combats rising anti-Semitism, generated from the far right, the far left, and Islamist extremists, and abetted by the ubiquitous nature of social media,” David Harris, the American Jewish Committee CEO, said in a statement.

Carr is immediately plunging into his work, heading this week to a conference on anti-Semitism in Bratislava organized by Slovakia, which currently holds the chair of the Organization for Security and Cooperation in Europe, and then a European Union conference on anti-Semitism in Brussels. He has met or planned meetings with predecessors from both Republican and Democratic administrations.

Multiple letters from Jewish groups and a bipartisan array of Congress members had urged Trump to fill the post.

Trump’s failure until now to name an envoy has been exacerbated by concerns in the Jewish community that the president has equivocated in condemning white supremacists who have endorsed and praised him, and has cultivated relationships with authoritarians who have flirted with the far right, particularly in Hungary. The president’s defenders point to his support of Israel and his scrapping of an Iran nuclear deal reviled by Israel and many Jewish leaders.

The U.S. House of Representatives last month overwhelmingly approved a bill elevating the position to ambassador level. A 2004 law established the monitor’s post.

Carr was president of the fraternity from 2012 to 2014. He was a member while attending the University of California, Berkeley, and Northwestern.