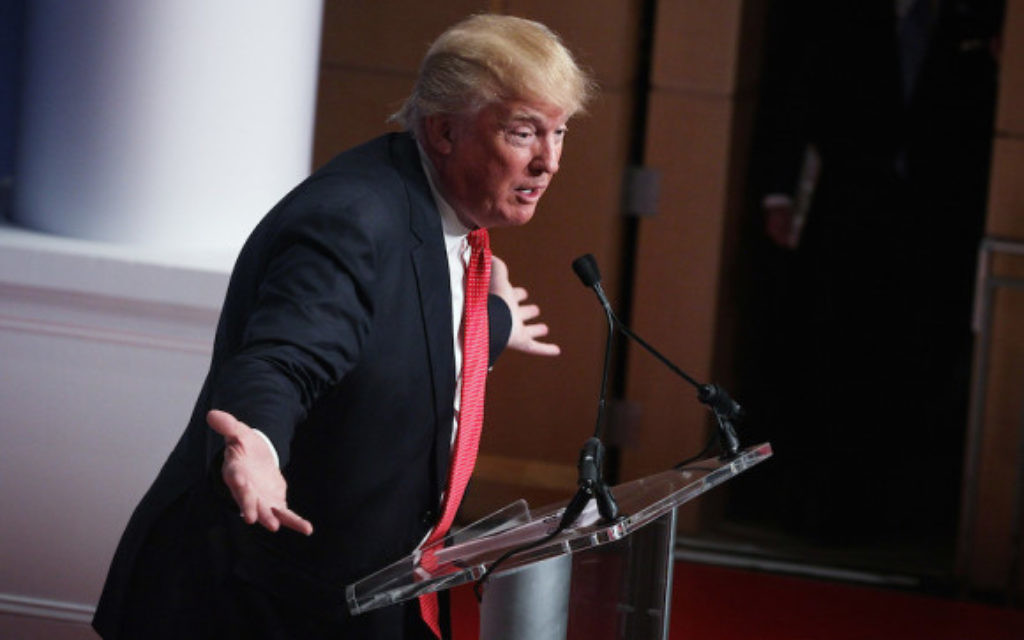 “I have decided to postpone my trip to Israel and to schedule my meeting with ‪@Netanyahu at a later date after I become President of the U.S.,” Trump, the front-runner in polls considering the Republican presidential hopefuls, said early Thursday morning on Twitter.

The Dec. 28 meeting of Trump and Netanyahu was set two weeks ago, before the controversy erupted over Trump’s call on barring Muslims.

Trump did not say what prompted the reversal of a recent pledge to visit Israel by the end of this year, but on Wednesday, Netanyahublasted Trump for his remarks about Muslims while saying he would nonetheless extend the real estate billionaire and reality TV star the courtesy of meeting with him.

Saying he “rejected” Trump’s remarks, Netanyahu in his statement described militant Islam as a threat faced by people of all faiths.

“The State of Israel respects all religions and strictly guarantees the rights of all its citizens,” he said. “At the same time, Israel is fighting against militant Islam that targets Muslims, Christians and Jews alike and threatens the entire world.”

Trump earlier this week called for “a total and complete shutdown of Muslims entering the United States.”

Republican and Democratic politicians are among the many who have condemned his remarks, including numerous Jewish leaders.

The Israeli daily Haaretz quoted unnamed officials from the Prime Minister’s Office as saying they were not involved in any way in the cancellation of Trump’s visit. Thirty-seven Knesset lawmakers, mostly from the opposition, had signed a petition this week urging Netanyahu to cancel the Trump meeting.