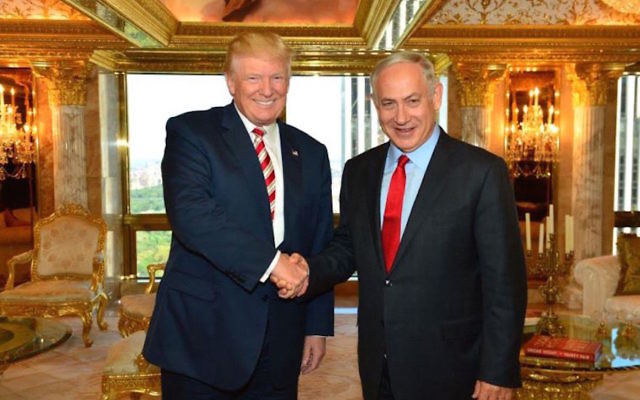 The current parallels in the political lives of Donald Trump and Benjamin Netanyahu are eerily similar and deeply worrisome.

Both men are strong national leaders lauded by followers and reviled by critics at home and abroad. They are facing increasingly serious legal and political crises, charged with an array of illicit behavior. They both claim complete innocence and blame a number of institutions and individuals — law enforcement officials, political rivals and, most notably, the press — for the “witch hunt” taking place and are seen as a threat to democratic institutions by their critics.

Of course there are major differences between the president and the prime minister. One is a political novice whose oratory skills are raw and basic. The other is an experienced veteran in office whose eloquence is acknowledged by even his strongest adversaries. One acts like a bull in a china shop, the other is savvy and shrewd in his political dealings.

The similarities and contrasts go on, but the essential concern is that both Trump and Netanyahu, in lashing out at their critics rather than presenting evidence of their innocence, indicate that they will do whatever it takes to cling to power.

That’s evident in Trump’s emphasis on pleasing his base rather than making any real effort to unite, not divide, the country. Already facing indictment on corruption, Netanyahu shocked even some of his most fervent detractors when he engineered a move that would bring members of a fringe, radical party of Meir Kahane followers into his coalition after the April 9 national elections.

Along the way Trump and Netanyahu imperil their respective country’s democratic system of government with an end-justifies-the-means approach that is breathtakingly off-kilter. It’s little wonder that the two leaders have praised each other warmly and disparaged rivals as weak leftists who would bring their countries down.

Here at home, impeachment looms in the air and may do so for almost two years. In Israel, voters have less than five weeks to weigh their trust in Netanyahu to protect them from external threats against the danger he presents to their self-governing society. And Israel, remember, has no term limits.