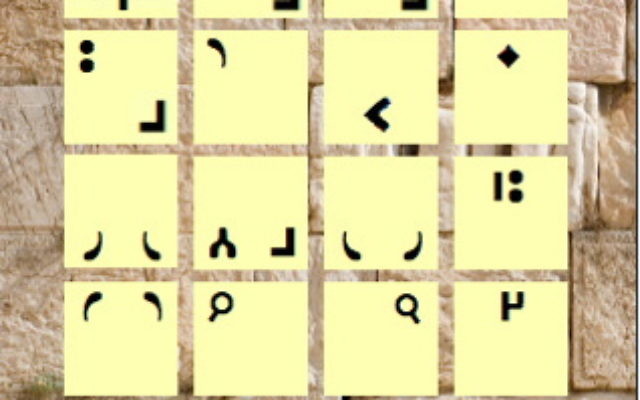 Rabbi Eli Garfinkel, rabbi of Temple Beth El in Somerset, New Jersey and the techie behind the award-winning RabbiPod, has created his first app for the iPhone, iPod Touch and iPad family of Apple devices.

Garfinkel’s new app is called Trope Tools. It allows users to learn, teach, and review ta’amei hamiqra for Torah and Haftarah reading. As he advertises: “Do you want to know how to leyn the “yerach ben yomo” that appears in Parashat Masei? There’s an app for that!”

You can find Trope Tools in iTunes on a computer or in the App Store on your device. It costs only 99 cents. The website for the app states that it’s a perfect gift for anyone who wants to learn how to chant from our sacred texts and has an iPhone or iPad.

The app teaches the ta’amei hamiqra (Torah cantillation trope) and is recommended for bar/bat mitzvah and adult education students who are learning how to read from the Torah or haftarah.

What prompted the “RabbiPod” to create this app? He says he did it because his students all have these Apple devices. “I teach them trope, and in the beginning, they all need help remembering the melodies of the various notes. Now they have that information in their pockets.”

It took Rabbi Garfinkel about a month to learn enough Objective-C programming and then another month to actually create the app.

This won’t be his last app either. He’s already completed a second app that will appear soon called Politicometer (rhymes with thermometer). A lot of people don’t really know why they vote the way they do. The Politicometer asks a series of 50 questions in ten categories. Based on the user’s answers to those questions, the app then advises how they should vote. The most conservative users receive a rating of “Tea Party or Reagan Conservative,” while the most liberal users receive a rating of “Progressive Liberal.” In between, there are ratings of moderate, mainstream Republican, mainstream Democrat, etc.

He also plans to write a basic Jewish knowledge quiz. It will have a hundred questions that cover material he thinks every Jew should know.

Finally, he’s also in the planning stages of what could be a controversial app. It’s called “Should I Marry Her?” and it will help guys figure out whether they should marry their girlfriend of the moment or move on. For instance, the app will ask “Are you and your girlfriend of the same religion?” If the answer is no, it will discourage the marriage. It will also ask, “Do you love her?” “Do you enjoy spending time together?” etc.

Back to Trope Tools. How does the rabbi plan to use the Apple app in his own synagogue? Every one of Garfinkel’s students who has a compatible device will buy the 99 cent app. (“If their parents can afford the device, they can afford a 99 cent app!” he adds.) They can use it to review the notes, and I can use it to quiz them.