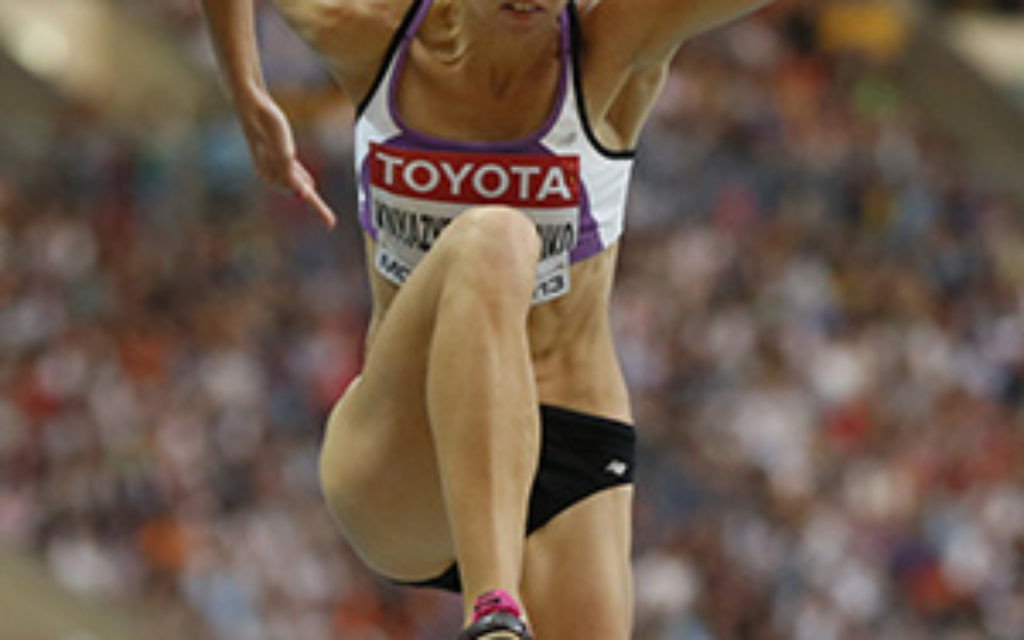 Triple jumper Hanna Knyazyeva-Minenko became only the second Israeli to win a silver medal at the World Championships in Athletics.

Knyazyeva-Minenko jumped 14.78 meters, or 48.49 feet, in Beijing on Monday at the 15th annual games, a biennial meet run by the International Association of Athletics Federations. The 25-year-old Ukraine emigre is the first Israeli woman to finish second at the meet, the Times of Israel reported.

Aleksandr Averbukh, a pole vaulter, won a silver medal for Israel at the World Championships in 2001.

Caterine Ibarguen of Colombia edged Knyazyeva-Minenko for the gold medal with a jump of 14.9 meters, or 48.88 feet.

Knyazyeva-Minenko, 25, placed fourth at the 2012 Olympics, when she competed for Ukraine, and sixth at the last World Championships.

She immigrated to Israel two years ago to join her then boyfriend and now husband Anatoli Minenko, a former decathlete, according to The Jerusalem Post.