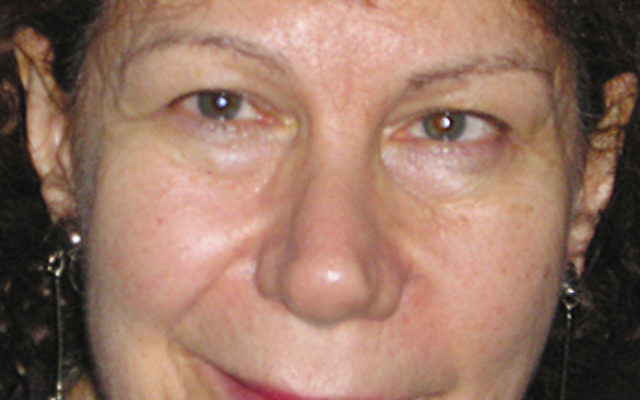 ‘When you enter into full possession of the Land which the Lord your God is giving to you … then you shall take of the first fruits … and go to the place that the Lord your God will choose” [Deuteronomy 26:1-2].

As the Israelites transition from wandering in the wilderness to the Promised Land, a question arises: Which was the more sublime location, the wilderness or the Holy Land?

If we go by Moses’ yearning for the Holy Land, as expressed in this week’s parsha, we are left in no doubt as to his preference, and this despite the fact that he perfectly understands the closeness of the relationship between God and His people when, in the desert, they depended on Him for everything.

Confronted with Moses’ startling reminder to the Israelites that during their 40 years of desert wandering their clothes did not grow old, Rabbi Yose ben Hanina comments, “The clothes they wore did not grow old, but those they packed in their trunks did.” The Midrash expands: The clothes they wore in the wilderness were those with which the angels had invested them at Sinai. At this stage, Rabbi Yose’s colleagues urge Rabbi Yose to be realistic. As the desert generation aged, surely their clothes become too small for them. But Rabbi Yose sticks to his position: “Do not wonder at this. When the snail grows, its shell grows with it.”

His more cynical colleagues persist: Didn’t their clothes ever need washing? He replies that, for their sake, the Divine Presence assumed the role of a cleaner. The Midrash adds, “The Cloud of Glory — the Shechina — rubbed herself against the Israelites while their clothes were on, and bleached them.”

The skeptics then enter into the spirit of the repartee. Since this was a cloud of fire, they ask, why were they not scorched? To which Rabbi Yose responds that, as their clothes were of a heavenly make, the cloud rubbed against them without doing any damage.

Finally, the skeptics wonder why the clothes didn’t smell of sweat. To which Rabbi Yose gives this lyrical answer: “The Israelites used to play in the sweet-scented grass around the well, the fragrance of which permeates the world.” All this glory was experienced by Israel in the wilderness because of their readiness to accept the Torah. In this wilderness generation, says the Midrash, the lowest person saw what was not granted even to the greatest prophets.

And yet Moses longs to move out of this state of grace into a different mode entirely. A closer look at the first mitzvah an Israelite was called on to fulfill upon entering the Promised Land can help us understand the reason. When, after the vicissitudes of exile, the Israelite assumes responsibility for his inheritance, labors the holy soil, and sees the first fruit of the harvest pushing through the earth, he is filled with joy. The natural response would be to pick and taste. Instead, unlike Adam and Eve, he marks the shoot by binding it with a reed and declaring it bikkurim (the first and best), and consecrates it to the Holy Temple in Jerusalem.

Through the capacity to return to God the first fruits of the land, says the Ishbitzer, it becomes clear that we are able to serve God with our entire physical being. This opportunity to give in a physical framework and to realize and practice the Torah is more desirable to Moses than the face-to-face encounter with God at Sinai.

The climax of this most poetic command, as described by the Ishbitzer, comes when ordinary folk arrive in Jerusalem with their produce. “And you will approach the Kohen [and] say to him, ‘Today I have declared to the Lord your God that I have entered into possession of the Land which the Lord swore to give to our fathers.’”

“When I found Israel,” says God, “it was (as wonderful) as coming across wild grapes in the desert. ….  like finding the first fruits of the fig.” [Hosea, 9:10]. By fulfilling the mitzvah of bringing first fruits, Israel not only consecrates the Land and takes possession of it, but we also rise to our potential as God’s own first fruits. “Blessed shalt thou be in the city and blessed shalt thou be in the field [Deut. 28:3].” The Rabbis respond, “You will feel blessed in the city because you have been blessed through the field (the fruits of the Land).”

Implicit in the farmer’s declaration, says the Ishbitzer, is the message that, though the Kohen may serve God in the Holy Temple while the simple person labors the soil, wherever a Jewish soul dedicates first fruits for Jerusalem we are a living demonstration of the fact that, in the countryside just as in Jerusalem, in the Holy Temple as in the desert, each one of us is the equal of the Kohen in the Temple service.

Thus is hierarchy abolished as fulfillment of the commandment of first fruits turns the entire nation into the first of God’s harvests. No wonder Moses wanted to participate!

Freema Gottlieb is the author of “Lamp of God: A Jewish Book of Light,” and “Jewish Folk Art.”