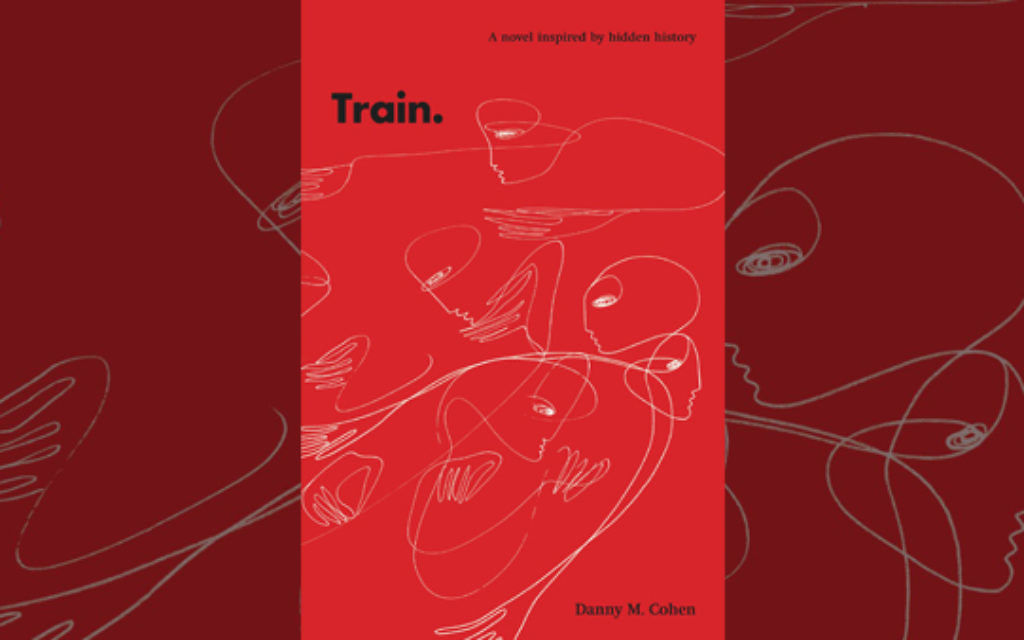 There are many forgotten people scattered over the pages of history, and it’s a great privilege to hear from them like we do in “Train,” a novel by Danny M. Cohen published in January. The story is set over a 10-day span in 1943 Germany, and it chronicles the efforts of six teens — Marko, Tsura, Kizzy, Alex, Ruti and Elise — to escape and keep each other safe from the Nazi round-ups bursting almost spontaneously into existence all around them.

To tell the truth, in the beginning I was totally bewildered, mostly because the book's point of view switches between all those different characters. It took a while to settle into the natural rhythm of the book, but once I did — well, I won't say I enjoyed it, because the Holocaust isn't an enjoyable theme — the story was just plain fascinating. The various plotlines began to make sense and the characters managed to separate themselves from the vague, overwhelming tangle of personas a reader often encounters at the beginning of a book.

These characters aren't the kind who introduce themselves to you. You won't get any friendly asides, and they're not particularly exciting to meet. In short, they're like the people you briefly cross paths with in your own life. The only difference is that they've been fitted into types and fonts so that they have become representatives for some of the lesser-known victims of the Nazi regime: intermarried Jews, disabled people, homosexuals, Gypsies and political opponents of the Third Reich.

Because of this, the main characters and the various situations with which they struggle, “Train” can seem overly dramatized at times. It's instinctive, when reading, to look around for the “status quo guy,” the control of this literary experiment, the person whose normal life is compared to the protagonist's horrible one so that we feel appropriately sorry for our poor main character. But because everyone in this book has some sort of issue upon which his or her evolution as a character depends, there's no “status quo guy” in “Train.” Practically speaking, you could say it's because there's simply no room for one. With the book’s ten-day time span, complexly interwoven personal relationships and frantic, fast-moving plot, it's all we can do to keep up with the characters we already have. However, if we take a different perspective, we realize there may be another reason. “Train” is meant to be a portrayal of the lesser-known Holocaust victims, but it's easy to fall so deep into this book that you forget that the personas into which you've dug your thoughts are not only representatives, but also people themselves, just like us. And just like us, they have no “status quo guy” in their lives, because there's no such thing.

Most of this information isn't actually written flat-out in the book. Instead, it’s gathered from the author's writing style, which is strange and incredibly quiet, like an undercurrent. His words are plain, almost unassuming, and at times become cliché, but after a while they meld together and become something that reads almost like poetry, it's so subtle and meaningfully phrased. Every word in this book counts: The small, devastating personal character details, the ones not necessary to the plot, are the ones that will really make you stop to think about the teens’ situations. For example, there’s this one part where Marko, crouched in a cold cellar, carves the letter M on a wall to indicate to Alex that he was there. It was the kind of tableau you sometimes run across in a book that makes you pause for a moment because the writing’s so precise and relatable that the image created is like a photograph in your mind. Tiny happenings like this are so good they are almost enough to make these characters seem like real people, though they are still not enough to pull out their true personalities from under the immense shadows cast by what they represent. I will say, though, that of all the characters, Tsura was the most authentically human. Although in the beginning she appears to be another stereotypical teenage girl with the weight of the world on her shoulders and rebellion in her heart, etc., etc., she very quickly escapes from those limits, and proceeds to spend the rest of her plotline dodging definition.

The beginning of this book may be a little awkward and confusing; its characters do seem slightly flat at times in comparison with their intricate storylines and its descriptions may have a few clichés, but there's no denying that the messages in “Train” read loud and clear and gorgeous. In the alleys and apartments of 1943 Berlin, “Train” speaks about war’s destructive power over children, over good people and over families. It tells you that accepting yourself means accepting your past mistakes, too; it tells you that you must struggle against the inevitable because you can never be sure it’s inevitable.

It’s a wonderful story, told frame by horrifying frame. What's happening on the page in front of you is at times so ugly, so abominable and raw, that that's the most beautiful thing about this book. It is an unflinching, cold, hard group of facts, laced with well-placed descriptions and with meticulously set plot progression. You want to turn away, but Cohen has created a story so harsh it's enchanting, and you'll stay until the end, which, as is the case in so many excellent books, does not feel like an end at all, or even a beginning — only a continuation down a track and out of sight.