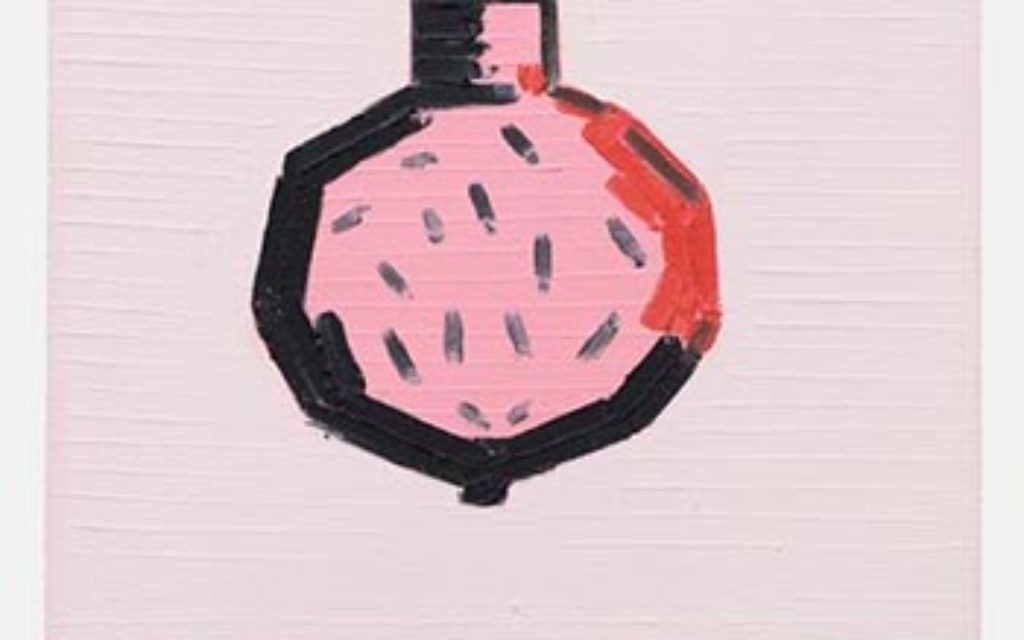 Last Wednesday morning, seven well-heeled, middle-aged ladies ambled around Chelsea, making stops at art galleries. The group, which was organized by the American fundraising arm of Bezalel, sought to view pieces by graduates of the prestigious Jerusalem art school. Some of the women were collectors, others simply interested.

While fundraisers typically consist of luncheons or galas, this art sightseeing trip was unique and informational, showing the success of Bezalel alumni in real life. It was the culminating event of a three-part series on Israeli art offered by the organization.

The excursion was led by Ronnit Vasserman, a former investment banker, who switched careers to become an art consultant. Though much of the art coming out of Israel is political, she gingerly avoided political art, opting to present the brightly colored paintings of Guy Yannai, and the enigmatic sculpture of Boaz Vaadia, among others.

A selection of 2-5 artworks hung ready for inspection in each gallery’s viewing room. Vasserman gave short shpiels at each stop, discussing the artist, the works presented, and an idea of how much their works sell.

The group began at the Paul Kasmin Gallery where they saw examples of art by Ron Arad who is a designer, sculptor, and architect, including a piece from his “Pressed Flowers” series, in which he compressed Fiat 500 cars, as well as his “Pizza Cobra” desk lamp. The front area of Jim Kempner Fine Art was the next stop, to see a Boaz Vaadia bluestone sculpture of two kneeling figures on opposite sides of a rock. Vasserman described the piece as “ancient yet futuristic.”

At Ameringer McEnery Yohe the group was introduced to the work of figurative painter Guy Yannai and abstract painter Liat Yossifor. Vasserman explained that Yossifor used a palette knife to work with the oil paint on the linen painting we saw. Vasserman then spent time describing Yannai’s process, which includes daily regimented visits to his Tel Aviv studio where he paints figurative canvases with an almost pixilated effect. Vasserman told the group about Yannai’s increasing popularity at art fairs and encouraged them to look closely at his work.

The tour’s next stop was at the Jack Shainman Gallery to see a couple of photographs by Adi Nes. The group was familiar with this artist and his work, and was excited to see it up close. Vasserman presented pictures from his recent series called “The Village,” describing his philosophy of elevating “the other,” mainly Sephardi Israelis, but also Arabs. The excursion ended with a walk up the Highline to 26th Street, to see three sculptures by Yaakov Agam at the Maxwell Davidson Gallery.