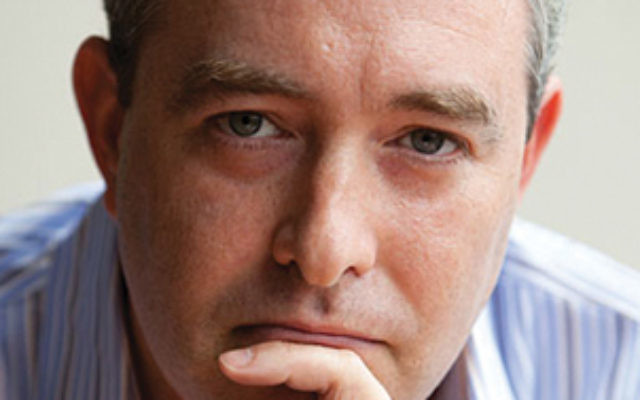 William O. Douglas, the longest-serving U.S. Supreme Court justice, said that “sunlight is the best disinfectant.” But as a proverbial Jewish mother might note, too much sunlight can also give you skin cancer.

In the Jewish communal world we seem to embrace both of these conflicting views. We recognize that transparency is a good thing, but we fear it.

Sometimes our discomfort is legitimate. How do we handle conflicts between transparency and privacy? If we release raw data without important context, will that lead to misunderstandings? In other cases, our motivations for withholding information are less noble: clinging to power or obscuring ethical lapses.

In the context of that ambivalence, The Jewish Week’s ongoing “Jewish GDP Project” is both a sign of the times and a step in the right direction. While Jewish institutions have often preferred to focus on the communal trees (grants, programs and issues), this project is an attempt to map the communal forest. Jewish leaders have too little grasp of how much total money goes to, say, Jewish education, as opposed to Israel advocacy or social services. Funders rarely know whether they are supporting an underfunded area or one that is awash in resources.

The task of gathering that information is daunting, especially given the legal loophole in reporting requirements. Religious organizations (like synagogues and denominational organizations) are exempt according to U.S. law from the financial disclosure requirements of other nonprofits. But religious nonprofits ought to make such disclosures voluntarily. Funders have the right — and the obligation — to demand this, and it’s recommended in Jewish Funders Network’s good governance guidelines for nonprofits seeking support from JFN members.

For now, much of the community has not taken a strong stand on this issue, and so our understanding of the “Jewish GDP” is necessarily incomplete. Nonetheless, the project is a vital start. In this case, the message is as important as the product, and if the project only shows how much we don’t know, and spurs us to action, dayenu.

But meaningful transparency has to mean more than simply “showing the books.” Financial disclosure is important, but it’s equally important to present financial information in a form that answers the right questions. Some general websites that offer “transparent” financial information about nonprofits — like Charity Navigator and GuideStar — are missing the point. The format of the financial data they provide may be doing more harm than good, obscuring more than it illuminates. Breaking down nonprofit spending into categories like administrative expenses, fundraising expenses and programming expenses, in order to calculate efficiency ratings, can deeply distort reality, creating an obsession with minimizing “overhead.”

Releasing information only in the oversimplified framework of these categories is the opposite of transparency — it hides the important behind the trivial, producing a twisted view of the nonprofit and urging funders to focus on the wrong questions: not “Is the JCC achieving its goals?” but “How much does the JCC spend on toilet paper?”

What we need most is an open and transparent conversation about impact. Are we solving the problems we set out to solve? Are our achievements systemic or episodic? Do we have evidence to support our approach beyond the purely anecdotal? This type of transparency requires serious work, including collaboration among nonprofits and funders to create metrics and, above all, a change in our philosophy of measurement. We need to move from measuring inputs (how much we spent on overhead) and outputs (how many kids we sent to camp) to measuring long-term outcomes (whether we’re solving the problem of assimilation).

Better evaluation is far from the only reason that Jewish institutions should open up. Ongoing social, technological and political shifts should prompt us to embrace a culture of radical transparency, one that sees greater openness not as an imposition by external stakeholders, but as a critical tool we can use in managing complex systems in fluid environments.

Much unease about transparency is connected with ownership; we’re used to owning information, and we guard what we own. But the concept of ownership is shifting, in both the digital and physical worlds. The success of open-source software and the boom of the sharing economy (Uber, Airbnb, etc.), points to a world in which sharing is the new owning. As a result, individual players are increasingly empowered, be they programmers, drivers or independent funders. The free flow of information is the hallmark and fuel of this new economy, one in which the dispersed creativity and intelligence of independent actors can create unprecedented products and services. In today’s economy you gain more by sharing information than by restricting it. Think of the navigation app Waze: it only works because everybody shares.

This rise of the individual comes, for better and for worse, with a weakening of large, centralized institutions. In the Jewish community, this trend makes transparency more necessary than ever. In the past, funders could outsource their funding decisions to, say, the planning department of a federation, whose staff could be counted on to have all the relevant information about the community. Now, however, the atomization of the community means that federations have only partial information, and funders want to make decisions that aren’t curated by what they perceive to be “intermediaries.” Greater communal transparency can help federations to be better connected with the community’s needs and resources, and funders to make better-informed decisions and to be more engaged with the nonprofits they support. Nonprofits, too, can benefit from both the resources and the brainpower of funders thus engaged. In order to create that context, nonprofits that aren’t genuinely transparent should lose access to both independent and communal funders.

I realize that for many venerable organizations the concept of radical transparency requires a deep cultural change, one that may be unsettling and even frightening. But when there’s meaningful transparency, when everybody can be heard and counted, and when problems are acknowledged with courage and honesty, there is enormous opportunity for growth.

Andres Spokoiny is CEO of the Jewish Funders Network.