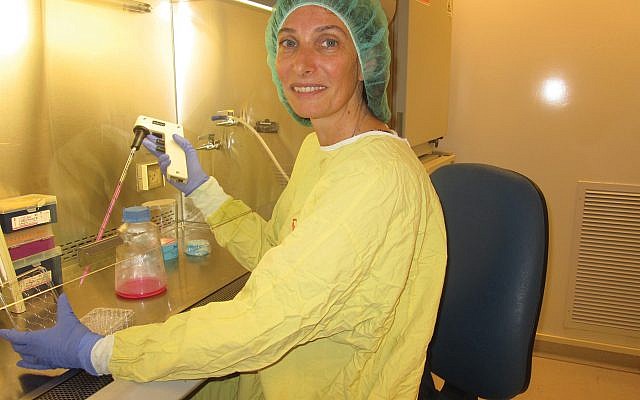 Dr. Michal Besser, head of the melanoma and skin care center, in her lab at Sheba Medical Center/Tel HaShomer.

Jerusalem — For anyone looking for new diagnostic tools to detect breast cancer and better ways to treat ovarian cancer, Israel’s Sheba Medical Center/Tel Hashomer is a good place to start.

The Meirav Breast Center at Sheba/Tel Hashomer, an all-in-one interdisciplinary breast cancer screening, treatment and research facility that treats more breast cancer patients than any other cancer center in Israel, has been conducting what could be ground-breaking research on dye-enhanced mammography.

In a study just published in the American Journal of Roentgenology, co-authored by Dr. Miri Sklair-Levy, director of Sheba’s breast imaging unit, contrast-enhanced mammography identified about twice the number of cancers that breast MRIs find on average, and several more cancers than discovered by traditional mammography.

The purpose of the study, which was conducted using Sheba patients, was to compare the diagnostic performance of contrast-enhanced spectral mammography (CESM) and ultrasound with that of standard digital mammography for breast cancer screening of women with dense breasts considered to be at “intermediate risk” of developing cancer.

From 2012 to 2017 more than 600 Israeli women at the center were screened using CESM and conventional mammography. Of the 20 cancers discovered during the study, 11 were detected without the dye and 19 with the dye. 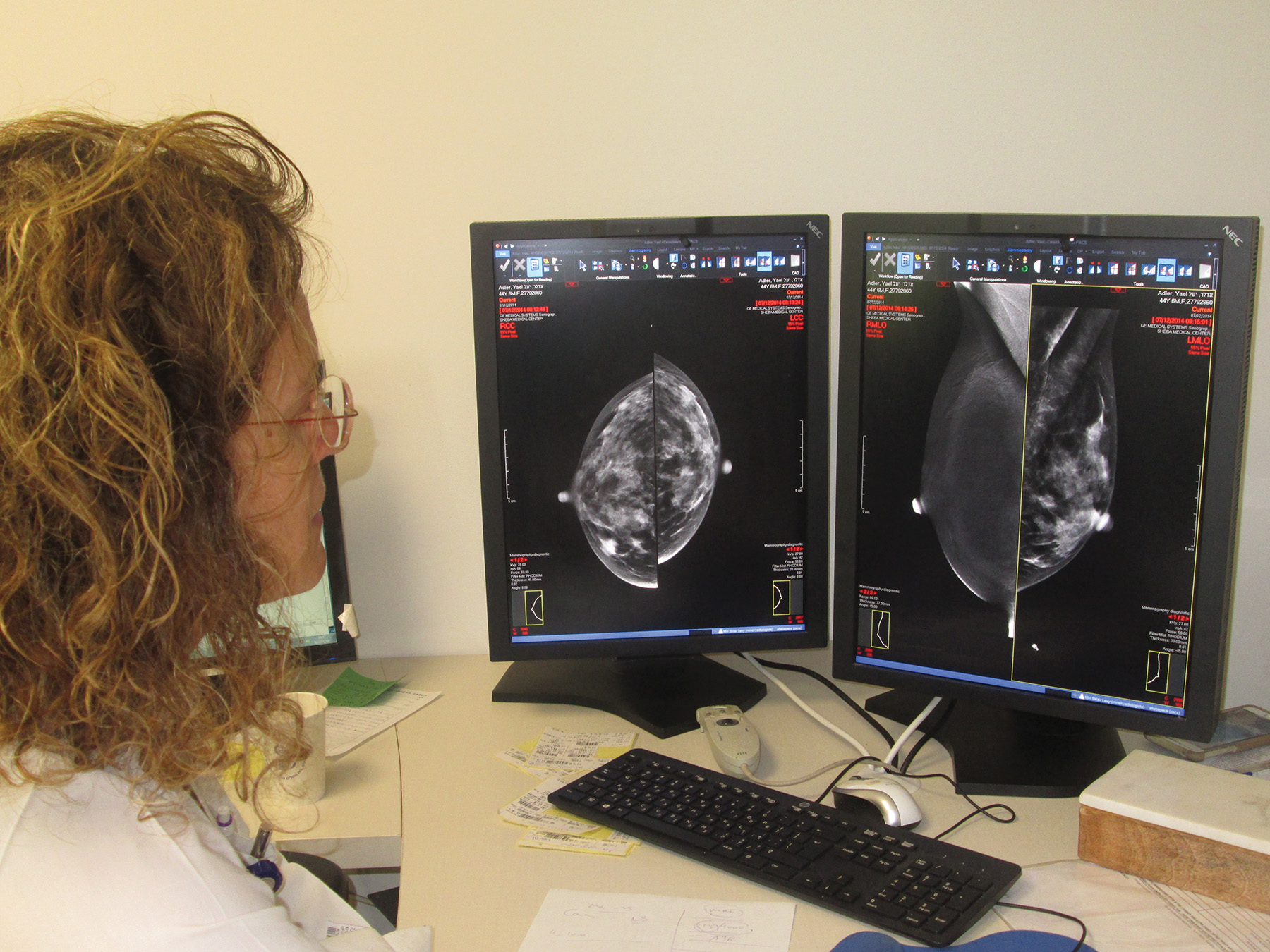 “Women prefer CESM,” said Sklair-Levy. It’s faster and unlike an MRI, it doesn’t require the patient to be in a closed machine” that causes many patients to feel anxious and claustrophobic.

“Today no one is diagnosing cancer in other organs without contrast media,” she noted.

Although CESM is not suitable for any patient who is allergic to iodine or has impaired renal function, it is especially recommended for the many women — especially young women — who have so-called dense breasts. On a conventional mammography, dense breast tissue appears solid white while non-dense tissue appears dark and transparent. It is difficult to distinguish tumors from the solid white found on the scans of dense breasts.

When the mammography scan isn’t definitive, physicians usually order their patients to undergo additional testing, much of it can be unnecessary when contrast mammography is performed, Sklair-Levy noted.

“We know that mammography missed up to 30 percent of cancers; in women with dense breasts, implants or who had previous surgery, [the rate of missed cancers] drops when mammography and ultrasound are used together,” Sklair-Levy said as she looked at two images of the same tumor on her desktop monitor. One image had been taken with conventional mammography, without contrast, the other with CESM a few seconds later. The CESM scan was significantly clearer and showed a tumor that was not seen on the conventional scan that had been taken seconds earlier using the same mammography machine.

When contrast imaging is used to detect cancer “we have the advantage of looking at the metabolism or activity of the tissues. We know cancers have a higher blood supply than other cells, so when we see an increase in blood supply it raises the suspicion of cancer,” Sklair-Levy said.

The same study, part of which was also recently published in the Journal of Clinical Radiology, assessed whether routine ultrasounds used alongside CESM improve the detection of breast cancer. It’s findings: When suspicious lesions were discovered using CESM, a follow-up ultrasound and biopsy were deemed “appropriate.” When a CESM-detected lesion appeared benign, the routine use of ultrasound was deemed “questionable” because it could lead to unnecessary benign biopsies.

At the center’s high-risk breast cancer clinic for patients who have tested positive for the BRCA1 and BRCA2 gene mutations that greatly increase the risk of developing breast and ovarian cancers, all patients receive a breast MRI once a year.

“We hope we will soon be able to provide the test to every patient considered to be at high-risk,” Sklair-Levy said. “The clearer the image, the lower the need for unnecessary biopsies.”

Meirav Center researchers are also exploring ways to test for cancer in pregnant women, where the use of contrast gadolinium in an MRI was not proved to be safe to the fetus.

In other research at Sheba/Tel Hashomer, scientists are preparing a clinical trial utilizing TIL immunotherapy on patients with advanced ovarian cancer. The medical center has been using TIL immunotherapy to treat melanoma patients for more than a decade, but only recently received permission from the Ministry of Health to apply it to ovarian cancer.

Donning a sterile lab coat, hair net and booties before entering her state-of-the-art laboratory, Dr. Michal Besser, who heads the lab at the hospital’s Ella Institute for the Treatment and Research of Melanoma and Skin Cancer, explained that every person’s body contains T cells, a type of white blood cell that helps the body fight off infections and cancer.

One kind of T-cells, called Tumor Infiltrating Lymphocytes (also called TIL cells) are present within tumors, but either do not actively fight the cancer or lack sufficient numbers to get the job done.

“But they have the potential to recognize and kill tumor cells. That’s why we use them,” Besser said.

In order to conduct a clinical trial using TIL cells, the scientists first had to extract the cells from ovarian tumors and cultivate them. In all, they managed to grow about 50 billion TIL cells from each of five tumor samples.

“To get those 50 billion cells you need very specialized teams and laboratories,” Besser explained. “You get a piece of the tumor and work with tissue cultures. It’s a mixture of different cells: tumor cells, red blood cells, fibroblasts and others. Separating them is the tricky part. It requires a lot of know-how.”

Patients in the trial will receive the activated TILs via an infusion into the bloodstream.

“The hope is that they will now be able to fight the cancer,” Besser said.